Not everyone is easily convinced

View All Specs
It's difficult to add much more in the way of driving impressions about our long-term 2018 Honda Ridgeline RTL-E than what has already been said in our previous long-term updates. What I can add is some perspective gained from a trip to upstate New York.

I made the eight-hour trek from Michigan with my girlfriend to visit my roommate from college, Kelby. Now, Kelby is a truck guy through and through. He grew up in a southern New York town with a population hovering somewhere between 1,000 and 2,000 people at any one time. Everybody there, including his family, drives trucks. For the longest time, he's driven a Chevy Silverado 2500 HD with an eight-foot bed. None of the panels match, there's rust all over and the interior looks like it's been through Hell. My friend loves that thing like it's his child. To him, trucks are designed to get a job done — I'm inclined to agree. So, I was curious what he'd think of my fancy Ridgeline when I showed up at his door.

First impressions were less than stellar. The first thing his eye went to was the bed. "It's small," he said. And he's right, it measures 5.3-feet long. There isn't much height to the area either. I countered by swinging the tailgate to the side and opening up the awesome bed trunk. Well that's neat.

Next up on the docket of criticisms are the looks. Very few die-hard truck fans are going to be won over by this thing's timid face. It doesn't even look like a truck from the front. How do you think we end up with faces like that of the new Silverado HD? America wants to have a truck that looks tougher than their next door neighbor's. The Ridgeline's face doesn't even qualify as that of a truck to Kelby, and even though I'm more forgiving, it doesn't do it for me either. 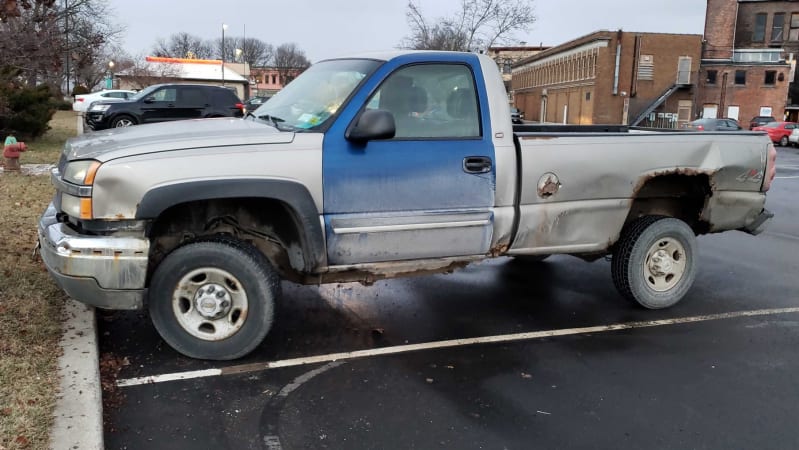 "How much can it tow?" All of 5,000 pounds, I tell him. It's a respectable number, but still doesn't rise to the levels of some of its competition in the mid-size truck segment. There are plenty of SUVs that offer the same kind of towing capacity. Even if a lot of truck folks might not need over 7,000 pounds of towing, their wallets sure are saying they do.

Throughout all this negative Ridgeline talk, I was thinking all I had to do was take him for a ride, and he'd be convinced this was the truck he always wanted. We take off down the deteriorating dirt roads of southwestern New York, and I start the sales pitch. By the time we got to dinner, the tide was beginning to swing back to my favorable view on the Honda. Still, Kelby had more than a few doubts, and I don't blame him for it either.

From a sales point-of-view, the Ridgeline is a bit of a bottom feeder in the truck market. Even the Japanese competition roundly beats it with the 15-year-old Frontier selling over double the amount. Meanwhile, the Toyota Tacoma crushes everything. It's easy to attribute a lot of that to the Ridgeline not having the kind of heritage and history these other trucks had. However, I can easily see truck buyers running with the same train of thought as my friend, and passing it up for something more trucky. It's unfortunate, because the car-like features of the Ridgeline are what make it better than most of the competition in my book. This makes the Honda the perfect truck for somebody who doesn't actually like, or want, trucks. If that sounds like an oxymoron to you, you're right, it is.

So then the trick becomes figuring out how Honda can make this appeal to people who are actually fired up to buy a truck. I'd argue a lot can be done with the uninspired Honda Pilot face on it. Chevrolet went too far with the newest Heavy Duty, but Honda can split the difference. Ridgeline fans may not want their truck to adopt a "bold, tough" look, but man does it sell in the U.S.

As Kelby and I cruise back from dinner, his opinion begins to evolve. He truly takes notice of how much more comfortable it is to ride around in than most trucks. I point out how great the visibility is, and he's liking that, too. This thing is a luxury car compared to the loud, shuddering Chevys and Fords he's used to riding around these parts in. With new perspectives gained by all, we hop out feeling refreshed and un-rattled. "It's OK," he says.

I even asked him again not long after to see if ruminating on the truck would offer any other thoughts. He summed it up by saying it's "built to be a pavement princess." Sitting on it doesn't seem to be doing the Ridgeline any favors — though plenty of the $70,000 pickups on the roads these days could be called the same thing. Even if it isn't everybody's cup of tea, I'm still convinced a taste of Ridgeline can make you seriously question your preconceived truck notions. 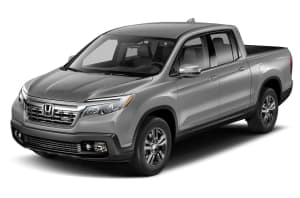