2018 Honda Ridgeline: What I love, what I loathe

Pros and cons of our long-term test pickup

This past weekend, I had the opportunity to rack up a few hundred miles in our long-term 2018 Honda Ridgeline. So far, I'm rather enjoying this unusual pickup, and there are a number of features that are really standing out. So I've gathered a few of the highlights to shower some love on. Naturally, it's not all rainbows and puppies (the latter I mean somewhat literally), so I've also dragged a few of the Ridgeline's rougher edges into the sunlight for a public shaming. Without further ado, let's look at the good and bad sides.

What I love about the Honda Ridgeline

The size: While I wouldn't go so far as to call the Ridgeline small, it's really quite manageable, and I credit a large part of that to the short nose. Since the truck has a transverse-mounted engine and a front-drive based drivetrain, it doesn't have to have much length at the front, nor does it. As a result, it's still a four-door truck with a decent length bed (5.3 feet to be exact), but it almost completely fits in parking spaces. And the short nose means it's easy to thread through tight parking lots.

The trunk: Seriously, this feature is awesome. I took full advantage of it this past weekend when I hauled my dog, her food and medicine, and my own stuff back to my parents' house, and then had a small end table to bring back with all the aforementioned items. None of it was really big enough to be stable in the bed, nor did I want it exposed to the elements. I probably could have put it in the cab, but that would've meant stuffing stuff in the rear footwell, under the rear seat, and possibly on the front passenger seat. 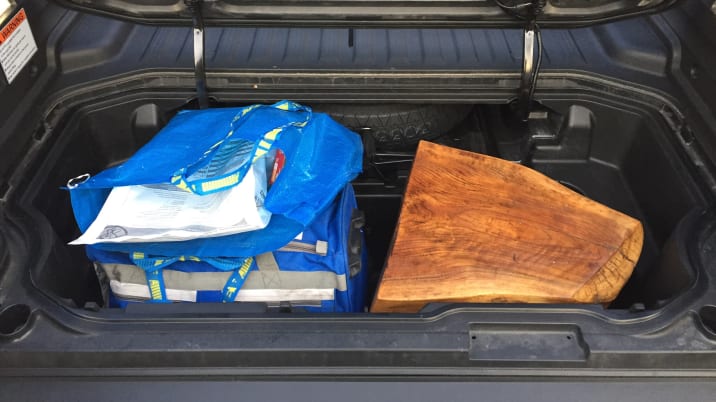 But instead, because of the remarkable capaciousness of the trunk, I could put everything in there. The exception of course being my little (OK, more like medium) pup who rode in the back seat. This also freed up the front passenger seat to house road-trip snacks. It was easy to load, too, since when the tailgate is swung out, instead of down, you can walk right up next to the bin and simply lower things in. And although it wasn't necessary on this trip, since I didn't make any stops, the trunk adds the advantage of being locked and hidden, so it's very secure. Oh, and one more thing. The spare tire and jack are tucked in here, too, so if you were to find yourself stuck with a flat, you won't have to crawl underneath in the cold dirt to access the spare tire.

The comfort: The Ridgeline is a great mileage muncher. The seats, although lacking a bit in support, are thickly padded, so they stay comfortable over the long haul. Ride quality is great as well, transforming most bumps into gentle nudges, and keeping the body extremely composed. The Ridgeline is an impressively quiet vehicle, too. Particularly impressive was the near lack of road and tire noise. The super-smooth V6 also plays a part in keeping the cabin quiet, as does the six-speed automatic that keeps the revs really low while cruising around. It makes for a smooth, soothing long-haul hauler.

What I loathe about the Ridgeline

Small rear doors: More specifically, I'm annoyed by the small openings of the rear doors. I'm not sure if it's because the doors themselves are on the small side, or if they don't open wide enough, but it's more difficult than it should be to hop in the back of the Ridgeline. I'm not the only one who noticed. My parents discovered this the last time they rode in the truck. It's also strange considering that space back there isn't all that tight. 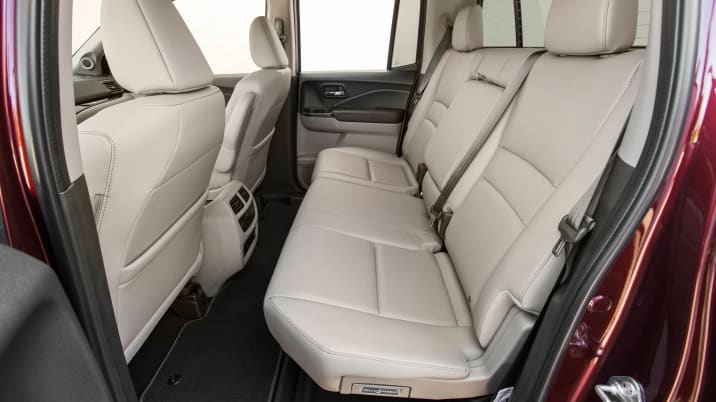 Fuel economy: The Honda Ridgeline only does OK in terms of fuel economy. On my return trip from my parents' house, I managed 24.6 mpg. That's darn close to the EPA rating of 25 mpg, but I also had it in Eco mode with the cruise control set pretty much to the speed limit or barely over it. And it was nonstop driving. And this isn't the worst fuel economy in the world, but the V6 Chevy Colorado is only shy by a couple mpg on the highway, and it has more power, as well as better off-road capability. Many versions of the bigger Ford F-150 also match or come near to the Ridgeline's highway fuel economy. I simply expected more from a more car-like pickup truck.

No paddle shifters: I'm sure I'm in the minority here, but it bothers me that I can't choose my own gears in this truck. Part of this is because I've experienced paddle shifters in the Honda Odyssey, and found myself having way more fun hustling it around than I ever would have expected. But part of it is also because there are times I think I could make better shift decisions than the transmission. Occasionally, the transmission doesn't nail the right gear in part throttle circumstances, and other times it's not quick enough at deciding. There are also times that I'm wanting to be more aggressive, but my preferences fall between the fuel economy-oriented normal shift mode, and the overly aggressive low shift setting. 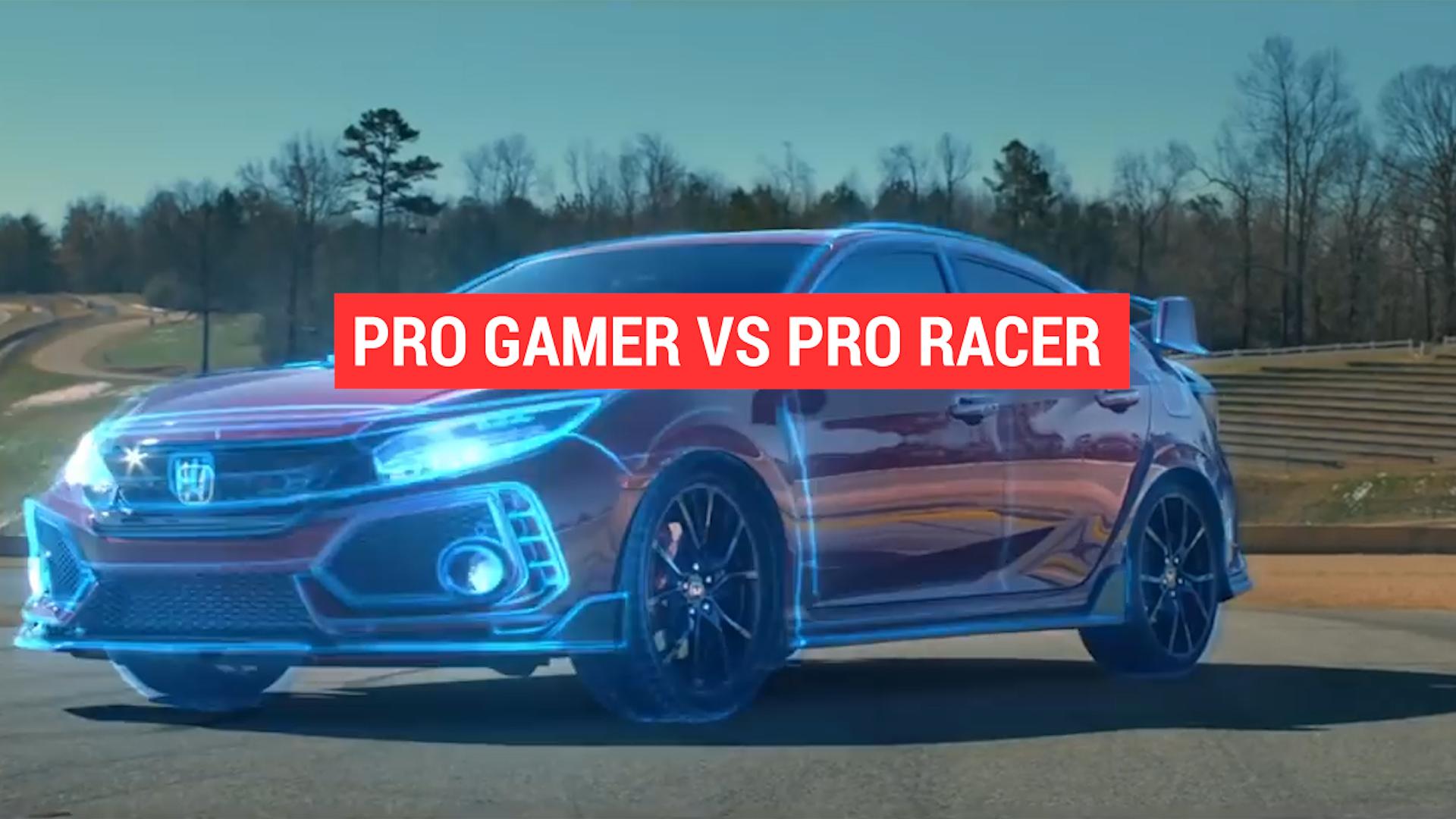