The Grand Cherokee is about to get a bouncing, budget-priced baby brother. After almost a year out of the spotlight, we've finally snagged our second set of images of Jeep's new CUV. Set to replace both the Patriot and Compass, these latest images reinforce what we originally thought about Jeep's newest model – it's a baby Grand Cherokee.

These 15 images provide the best look yet at the new sheetmetal, details, and interior. Starting with the skin, it's like Jeep's designers scaled down the Grand Cherokee's profile to fit on the new crossover's stretched Renegade platform. The headlights, grille, and taillights looked like shrunken items from Jeep's flagship crossover, too. This is good news – even after its 2011 facelift the Compass was a homely little thing, and the Patriot was boxy at a time when CUVs were going for smoother, more aerodynamic lines. Jeep's new CUV is avoiding those mistakes by aping one of the company's most popular designs.

Only the driver's seat, steering wheel, and center stack appear in the interior images, so we can't tell how the stretched chassis impacts rear-seat legroom compared to the Renegade/Fiat 500X. But in front, it looks like a Jeep – FCA's corporate steering wheel and HVAC controls are present and accounted for, but the usual touchscreen display looks bigger the expected 8.4-inch unit. That could just be the camera angle playing tricks on our eyes. We can't make any judgments about the material choices, but we'd expect quality to be on par with the larger Cherokee.

Under hood, our spies report that FCA's nine-speed automatic will be the only transmission choice. FCA will call on its new 2.0-liter, Hurricane four-cylinder engine, the spies claim, but we also expect the less powerful 2.4-liter, four-cylinder from the Renegade and Cherokee.

Apparently, production will begin by the end of the year. Short of a shotgun launch immediately after a Detroit debut, that virtually guarantees a debut in Los Angeles (or possibly Paris). 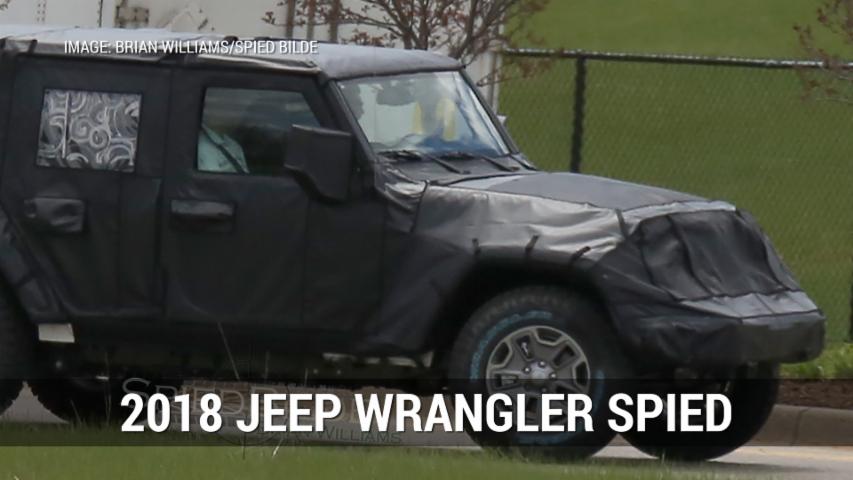