EVs are a "Trojan horse" for energy literacy

And Tesla just took reservations for hundreds of thousands of Trojan horses. Electric cars are great. No tailpipe emissions, no noise pollution and you can refuel it at home for a lot less than the cost of a tank of gasoline. Depending on where your electricity comes from, though, the cleanliness level of your travel can change dramatically. If you live in a region with a lot of renewable energy, the negative environmental impact of driving your EV is a lot less than using fossil fuels. If your grid is still powered by a lot of coal-fired power plants, the electricity you use to charge your car's battery is still contributing significant greenhouse gas emissions and pollutants that take their toll on the planet and its climate. Perhaps more important, though, now that you've got that EV in your garage, you've started wondering where your energy comes from.


"The electric vehicle is like a Trojan horse for energy literacy." - Nancy Pfund

"The electric vehicle is like a Trojan horse for energy literacy," says Nancy Pfund of the venture capital firm DBL Partners. Pfund noticed this phenomenon years ago when solar adoption rose soon after early adopters bought their first EVs from Tesla. When a person buys an EV, they become more aware of how their electricity is generated, and are more likely to care about it.

Still, the best way to get people to go green might not be to get them to think about where there energy comes from, but to make green choices available to them without any added thought. "I don't think you want any more of a cognitive burden on anyone," says head transportation analyst at Bloomberg New Energy Finance, Colin McKerracher. "You want systems to create the optimal outcome without any additional cognitive burden." The idea is that people would rather have technology that automatically adjusts their electricity use to avoid waste than have to monitor it themselves. 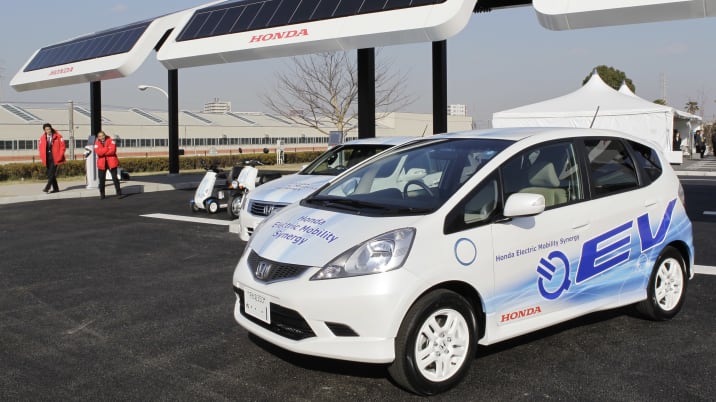 Still, people who go so far as to buy an EV are more likely to take an interest in their environmental impact in other parts of their lives. "Anytime you get people to be more literate and understand where something is coming from, they have a voice," says Pfund. "And a more engaged and vocal population will demand more energy choices." These people are also going to demand nice cars that meet their priorities, and still allow them to feel like globally responsible citizens.

It works the other way around, too, as we learned when AutoblogGreen Editor-in-Chief Sebastian Blanco sat down for a chat with Tesla Model X owner Randy Hansen. Hansen's interest in solar power led him into the world of electric vehicles, despite seeming like an unlikely candidate to care about such issues.

With EVs becoming increasingly popular – and keeping in mind the incredible interest in the Tesla Model 3 – a lot more people are going to begin paying attention to where their energy comes from. These are the same people who will also begin to care about their water usage and where their garbage ends up, and will take more interest in larger environmental issues as their environmental and energy literacy increases.

Read more about the idea of EVs spurring energy literacy at The Huffington Post.