Sebastian Blanco
If we had tried to predict the first video response to the controversial Poolside video for the Cadillac ELR, we would not have thought it would center on compost. But, hey, it's always nice to be reminded that the real world is sometimes better than fiction.


Instead of the chic swagger of 'Poolside,' 'Anything Is Possible' is all about getting dirty.

The new short in question is called Upside: Anything Is Possible and it promotes two things: Detroit Dirt and the Ford C-Max Energi. As in the ELR ad, Ford's plug-in C-Max only makes an appearance at the tail end of the spot, but instead of the chic swagger of Poolside, Anything Is Possible is all about getting dirty. The ad stars Pashon Murray, co-founder of Detroit Dirt, which takes natural waste from around Detroit, composts it into soil and then spreads that around "forgotten parcels" of Detroit to create urban farms. Detroit Dirt gets its bio-waste from a lot of sources, including the Detroit Zoological Society (all that herbivore manure has to go somewhere), Ford and General Motors, but this particular ad was the idea of Ford's PR agency, Team Detroit.

It was a frenetic shoot, filmed with an LA-based director right after a big winter storm blew through Detroit, and Murray couldn't be happier with the result. "This was Ford Motor Company pushing my story, letting me tell the story that I believe in," Murray tells AutoblogGreen. "I get to help push this car and I get to tell my story." She says that the Team Detroit and Ford had to agree on the message, "from my understanding, [YouTube] is where they wanted to start, not where they wanted to finish." The ad is already getting a positive response on Twitter, so we won't be surprised if it shows up in more places soon.


"It's not saying Ford is better than GM. It's telling the story of a black woman who's working hard in Detroit."

As Detroit Dirt has off-screen support from both GM and Ford, it's unsurprising to hear Murray say that the video "is not a rivalry thing." She notes that the ad agency Team Detroit came to her and offered to tell the Detroit Dirt story using the framework of the GM ad. "It's a parody on this commercial, but it's not saying Ford is better than GM," she said. "It's telling the story of a black woman who's working hard in Detroit."

What is that story? It's about urban farming, recovery and recycling. Murray tells us that for the last seven or eight years, she's been dedicated to sustainability. "My focus has really become more recycling and waste reduction ... I went to Ford and GM [a few years ago] because they were pushing zero-waste." Detroit Dirt now collects tons of food scraps from the two automakers and Murray said Detroit Dirt is hungry for more, and this ad figures to be a good way for her to get the word out. "The automotive industry is the bedrock of the country," she said, "and fuel-efficient cars are the future. It's a unique opportunity to be involved in the automotive industry."

Ford doesn't want to get into the details of how the spot was created, but tells AutoblogGreen that the official line is that the ad showcases inspiring local work. We've asked Cadillac for a response and will update this post if we hear anything back. Check it out below. 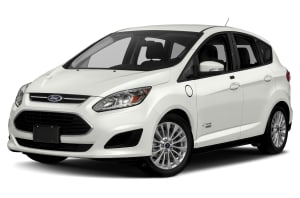