That was fast. Mere days after showing a Police Concept based on the 2015 Tahoe at the SEMA Show, Chevrolet has announced that it will build a PPV model based on the SUV to do battle with the Ford Police Interceptor Utility (Explorer) and Dodge Durango Special Service.

You'll recall that the Tahoe has been police staple for several years, predating both the Explorer and Durango police variants, so the fact that the new model would spawn a police variant is hardly surprising. Like the civilian model, the 2015 PPV benefits from a more efficient 5.3-liter, direct-injection V8 that pumps out 355 horsepower and 383 pound-feet of torque. It also features more high-strength steel, offering better crash protection, on top of optional safety items like lane departure warning, forward collision alert and a Safety Alert Seat.

The press release is rather light on police-specific items, aside from the auxiliary battery, which keeps the myriad of electronics in a modern police car running even when the engine isn't. Lightbars, 17-inch steel wheels on Goodyear Eagle RS-A tires and a push bar round out the mods for the Tahoe PPV. The cabin features a revised center console and room for laptop and other equipment mounts.

We've got a small gallery of images from Chevrolet up top, as well as the official press release from Chevrolet down below.
Show full PR text
2015 Chevrolet Tahoe PPV Prepares for Duty
Four-wheel-drive pursuit model joins police lineup

The 2015 Tahoe PPV features an all-new interior, exterior and EcoTec3 powertrain, while offering the same basic dimensions, sturdy body-on-frame architecture and versatility that made it the best-selling Chevrolet police vehicle for the last several years.

The carryover dimensions allow a seamless transfer of law enforcement equipment used in current Tahoe PPVs. The Tahoe will remain the largest police vehicle on the market designed with driver comfort in mind. It has additional space in the rear seat, which provides more leg room and easier access to individuals and equipment in the back seat.

"The Tahoe PPV's versatility and low lifecycle cost have made it a leader among police agencies," said Ed Peper, U.S. vice president, Fleet and Commercial Sales. "The enhancements to the 2015 model have further refined an already great vehicle to give police officers the performance, speed and safety they need to help keep their communities safe."

With the EcoTec3 powertrain, the 2015 Tahoe PPV offers more power, 355 horsepower and 383 lb-ft of torque and improved acceleration.

The engine is mated to a Hydra-Matic 6L80 six-speed automatic transmission with a unique police-service calibration that supports pursuit performance.

Designed for law enforcement use

The 2015 Tahoe PPV was developed to deliver a more controlled ride with improved steering and braking responsiveness compared to previous models. A strong, fully boxed, perimeter frame supports payload and trailering capability that body-frame-integral SUVs can't match. With the addition of electric power steering, the Tahoe has precisely tuned responsiveness needed in pursuit situations. The increased payload allows law enforcement to carry all equipment that they may need for any job.
Still the only body-on-frame full-size SUV designed for the rigors of police work, the Tahoe offers full-pursuit capability. The addition of more high-strength steel, increased body stiffness, suspension improvements and a wider track for increased stability helps the 2015 Tahoe PPV offers improved ride and handling designed for pursuit.

The Tahoe has a standard 730-CCA Auxiliary Battery, which allows officers to power their equipment, including radios, video cameras and laptops, when the vehicle is not running, avoiding drain on the primary vehicle battery. The vehicle also has a 110V power outlet and USB input.

Increased use of high-strength steel contributes to a safer, quieter ride. New inlaid doors help make it the quietest Tahoe and Tahoe PPV ever. The quiet environment decreases unnecessary distractions, allows police officers to remain focused on the road and can help reduce fatigue after long shifts.

OnStar, the leading provider of connected safety, security and mobility solutions and advanced information technology, is now standard on the Tahoe PPV, OnStar provides automatic crash notification, stolen vehicle slowdown and recovery. The vehicle also comes standard with Bluetooth, which allows officers to stay connected safely and talk hands-free while on the road.

The security of the Tahoe PPV has enhanced security features, including new door locks, side-milled keys and a steering column lock.

The new Tahoe will be built at GM's Arlington, Texas assembly plant. The 2WD pursuit and 4WD special service models will be available for order in the first quarter and the 4WD pursuit vehicle in the second quarter of 2014.

To learn more about the Chevrolet police portfolio, visit gmfleet.com/police. 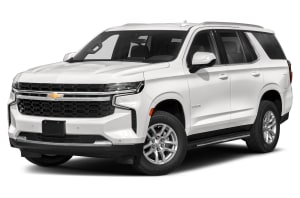 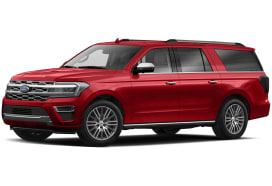