As owners of many vehicles a few months (or years!) past their 10th anniversaries, we know purchasing a 10-year-old vehicle can be viable. Many of these purchases wouldn't be conventionally financed, but if the purchase is under $10,000 buyers can pay cash, obtain a personal loan from a credit union, or a cash advance from a family member. With that, here’s what the Autoblog team suggests as 'best buys' from 2007, selling on or under $10K.

There was surely a more Euro-centric sedan from Japan (Lexus LS?) before Acura introduced its new TL for the 2004 model year, but they were few and far between. The TL sedan seemed to perfectly distill the brand's promise, as it was tightly drawn and – for the time – mightily powered. In 2007 Acura’s midsize entry was in its fourth model year, receiving both a mild cosmetic refresh and the reintroduction of the Type-S; that came with a larger V6, tuned suspension and modest cosmetic enhancements.

I’d be good with any of the above, but believe the ‘cooking’ 3.2-liter V6, with 258 horsepower and 233 pound-feet of torque would adequately supply the motoring experience I’m looking for in a 10-year old sedan. And both models – TL and TL Type-S – are without the mechanically-induced anxiety of their European inspiration. You should budget between $7,000 and $9,000 for an example in good condition with something under 150,000 miles, more for Type-S and/or fewer miles. – David Boldt 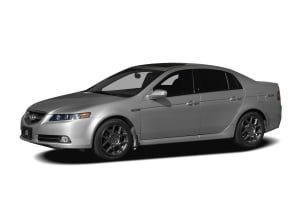 The 2007 Chrysler 300 remains a solid choice for used car buyers with an enthusiast bent. With its rear-wheel drive performance and available V8, the 300 was (and is) the flagship of the LX portfolio. In an era when weak four-and six-cylinder engines were common, the 300 offered a 340-horspower variant, reinforcing a performance halo for Chrysler that it still relies on today.

The 300 was more luxurious than Dodge’s Charger, Challenger, or the late Magnum, which all shared the same underpinnings. Even a decade later, the design holds up inside and out – you won’t be embarrassed to pull up to the valet in a nicely maintained 300. About $10,000 is a solid mile marker for used 300s of this vintage. Spend a little more and you can get one with fewer miles. Don’t mind a lofty odo reading? You can easily drop well below $10 grand. – Greg Migliore 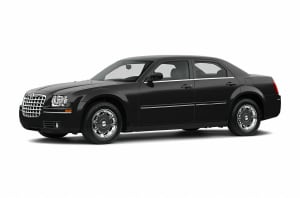 Want a dose of practicality to go with your 340-horsepower 5.7-liter Hemi V8? Take a look at the Dodge Magnum, which combined a fullsize rear-wheel-drive chassis with a low-slung wagon body. There's plenty of room inside for five adults, and the shape is arguably aging better than that of the same-year Dodge Charger. If your budget allows, you can even snag a 425-horsepower SRT8 edition. – Jeremy Korzeniewski
slide-1371118

The 2008 Ford Escape Hybrid turns 10 this year. While the 2007 version is oddly charming in its own right, the '08 model received a handsome visual update to resemble the rest of the Ford SUV lineup. It retained the battery cooling vent in the driver’s side rear window, which was necessary then, but seems quirky now. The EPA rated the front-wheel-drive Escape Hybrid at 34 miles per gallon in the city, 30 mpg on the highway, while the four-wheel drive variant achieved 29/27 mpg – figures that are still respectable a decade on.

There are stories, too, of Escape Hybrids that put hundreds of thousands of miles on the odometer in professional service, but $10,000 will get you something with a lot less wear and tear. – John Beltz Snyder 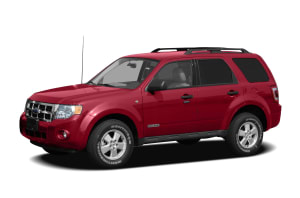 When an automotive editor actually owns a car, you know it must be good, right? OK, some of us do drive odd and questionable machines, but the 2007 Civic Si is a solid choice. Though it's a bit slow by modern standards with just 197 horsepower and a paltry 138 lb-ft of torque, it makes up for that in other ways. It's one of the last high-revving, naturally aspirated Civics built with an 8,000-rpm redline.

The shifter is super slick, and the seats find that happy medium between hugging your hips and letting you breathe. It's reasonably economical with highway fuel economy over 30 mpg. It shouldn't give you much trouble either, since it's part of Honda's K-series engine line found in everything from this to an Element. Might want to let the dealer do oil changes though, since it's pretty tough to reach. Ask me how I know. – Joel Stocksdale 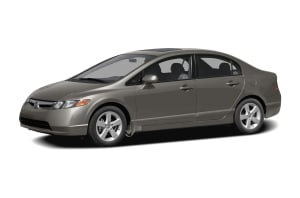 Touted as the first Jeep to benefit from Daimler and Chrysler synergies, the third-generation Grand Cherokee was also the first to offer independent front suspension. In the 10 years since its introduction, the Grand Cherokee's build quality has allowed well-maintained examples to hold up credibly well, especially if blessed with the available 5.7-liter Hemi V8.

For purposes of this discussion we'll not include the SRT-8 high performance version, and we'll similarly avoid the standard V6. Both the 4.7-liter V8 (good for 210 horsepower) or the 5.7 liter Hemi should serve you well for an investment under $10K in most parts of the country. And with careful attention to ongoing maintenance, along with occasional parts replacement, there's no reason you can't drive it for another 10 years. –  David Boldt 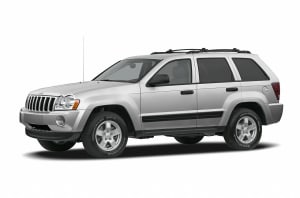 A 2007 Mazda MX-5 Miata is a sure-fire bet for a great used value under $10,000. While the NC Miata is larger than its predecessors, using a platform related to the RX-8 that grows the car marginally, and features a more modern 2.0-liter MZR engine compared to the relatively low-output BP-series 1.8 liter. It basically made the Miata more civilized to live with and own without giving up a lot of the intangible charms of the original. Decent examples with moderate miles are a couple thousand bucks under our target price, so that gives some room for the consumables that an older convertible might need – tires, a new top, or a clutch, of which options are plentiful.

The MZR is a reliable motor and shouldn’t give any trouble with regular maintenance, and the same goes for the rest of the car. If you’re thinking about a retractable hardtop, check for previous accident history to make sure it won’t have any alignment issues. This was the first year the PRHT was available. – Alex Kierstein

If you're wanting a Mazda MX-5 Miata, but preferring your sports car with a larger footprint, you could do far worse than Nissan’s 350Z. The 2007 version enjoyed a slight bump in performance – via the 3.5-liter, 306-hp V6 – relative to its 2006 predecessor.

The 350Z platform offered a connection to the road rare even for a sports car at the time, along with an almost GT-like demeanor. And while you wouldn’t regard the interior as luxurious, it had a comfort factor Mazda owners would never find in their Miata’s minimalism. Our drive at a Nissan press preview in California’s Marin County over a decade ago is still remembered as an almost transcendent event. Add the Z’s innate reliability and asking figures between $8K and $10K, and it’s hard to pass on this rewarding opportunity. That’s if you can find one. – David Boldt

Hear me out. Yes, Saab is dead and yes, parts and service won't be easy to come by, but there's something weird and wonderful about owning one. It's not an enthusiast car per se, but it's also not just another rolling appliance. From the airplane-inspired "night panel" button to the center-mounted ignition switch, nothing else is quite like it, not even fellow Swedish products from Volvo.

The handsome styling has held up well, and, if you're lucky, you can find the cool wagon variant. The 9-5 with the 260-hp turbo 2.3-liter inline-4 is relatively quick, hitting 60 mph in about 7 seconds. – Reese Counts 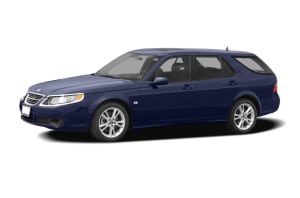 Introduced by Subaru for the 2006 model year and built at Subaru’s Lafayette, IN, plant atop a Legacy platform, the B9 Tribeca was Subaru’s first attempt at a three-row crossover. Like the much smaller Mazda 5 three-row, the B9 provided a tight seating area for your kids, but absolutely no space if wanting to seat average adults. Add in the Subaru’s controversial styling and upmarket pricing (before Subaru was regarded as upmarket), and you had a tepid response – at best – from the buying public.

While the styling – specifically the B9’s nose – was controversial, I liked its Euro-inspired profile on the outside, and really enjoyed the design execution on the inside. The third row was optional and for the very occasional extra kid or small adult, eminently useful. It’s the utility of the footprint, however, that I really like, and with a 3.0-liter Subaru six under the abbreviated hood it’s perfect for your urban and/or suburban adventures. Examples in decent cosmetic shape with between 100K and 150K miles typically retail for $8K to $10K. – David Boldt

In summer, our thoughts turn to convertibles. And the retractable hardtop C70 is both convertible and coupe. It wasn't a strong seller nor on anybody's best-of list in 2007, but it can now be had for less than $10K with far fewer miles than, say, a BMW at that price. It's no performance car - the five-cylinder T5 makes just 218 horsepower - so if you're not comfortable with a late-middle-age vibe, then just get a Mustang. But the C70 was designed and built in a joint venture with Pininfarina, so top down or top up, it's handsome. It also has thoughtful touches such as lockable cubbies throughout the cabin to keep your stuff safe if you park with the top down.

Its safety features include specialized rollover protections, and as you'd expect it was an IIHS Top Safety Pick. If you can find one with the optional Dynaudio sound system, jump on that. This was the second year of the retractable hardtop, and it's fun to watch the car shuffle its roof parts like a dealer at a casino. (But you might want to get it checked by a Volvo mechanic before you buy.) – Greg Rasa 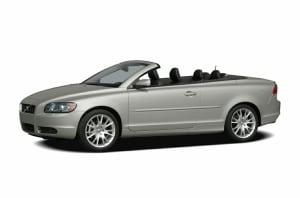