The midsize SUV scores well in all areas

The 2021 Nissan Murano has earned the top honor from the Insurance Institute for Highway Safety. The agency awarded the midsize SUV its Top Safety Pick+ rating for the Murano's crash-test performance and the efficacy of its crash-avoidance technology.

For 2021, the Murano comes standard with forward-collision warning with pedestrian detection and automated braking. (Previously, Nissan's Safety Shield 360 bundle of active-safety features was not included on the base trim.) In IIHS testing, the system successfully avoided hitting the adult and child test dummies in evaluations conducted at 12 mph. It also avoided hitting the dummies in four out of five scenarios conducted at 25 mph, and slowed significantly in the fifth. Overall, the crash-avoidance technology was deemed Superior (the top score on this test) both in avoiding collisions with pedestrians and with other vehicles. Finally, the Murano's headlights earned a top rating of Good.

The current-generation Murano dates back to 2015. The model previously earned Top Safety Pick+ scores for the 2015 and 2016 model years and was a Top Safety Pick in 2017. But the IIHS tightened the requirements for its highest awards, and the Murano fell short in 2018 due to poor headlight performance. With upgraded standard safety features and improved headlights, the Murano again achieves the highest award. 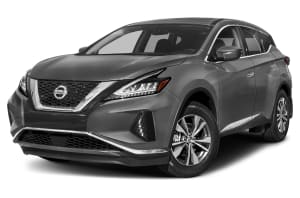