Listen to the air-cooled racket from the 1960s

Forty horsepower of air-cooled fury sure takes ya back in time. Today, we present the sounds of a 1964 Volkswagen Karmann Ghia convertible. Sure, it doesn't offer the audible exuberance of a Porsche Macan Turbo, but the little flat-four engine brings its own kind of charm to the table.

Many may already know this, but the Karmann Ghia was built on a modified Beetle chassis. The powertrain was carry over, leaving this Karmann Ghia with a tiny 1,200-cc engine positioned in the back. It produces quite the clatter back there, but you can still make out a hint of an exhaust note hidden within the noise. It’ll hit 60 mph … eventually. I promise, it will, because I did hit 60 mph a few times. It even feels good at speed! 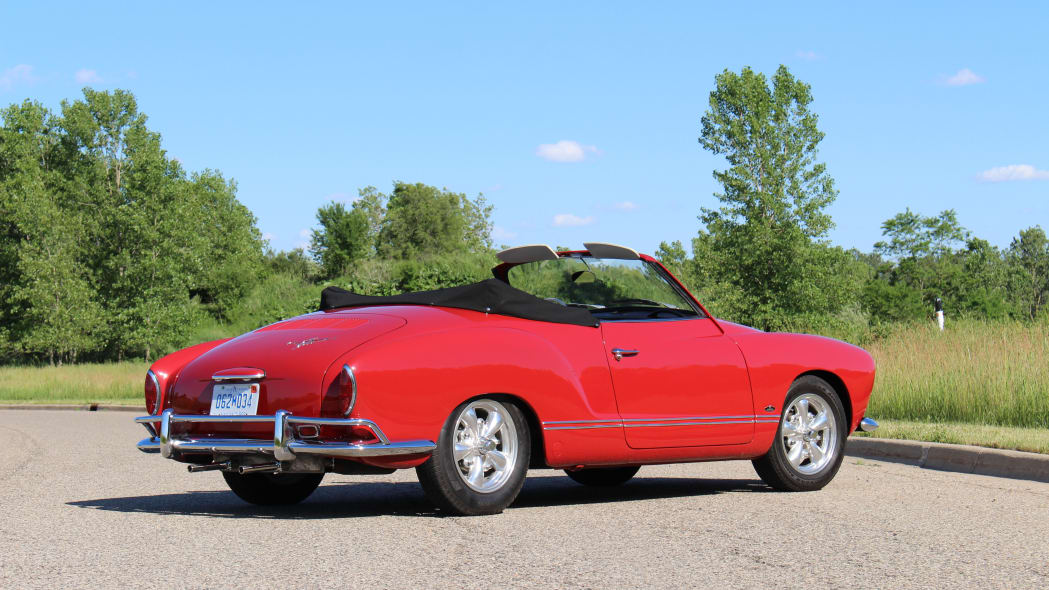 You’ll notice it initially dies after being started in the video. Yours truly wasn’t entirely acclimated to the art of giving it some gas upon initial startup, but it became a habit soon enough. It’s only a short matter of time before the engine was running and idling like a top. There’s no tachometer to signal a redline, but the little red dashes in the speedometer make for good and reliable shift points for the four-speed manual. The engine is plenty loud, but never too loud so as to drown out a conversation with the roof down. It’s a beautiful weekend cruiser for those rare 75-degree sunny days.

Driving and listening to this little convertible with the top down is pure joy on wheels. We bring plenty of other exhausts to you, but it’s not often that something air-cooled from the 1960s passes through our fleet. In fact, it happens about never. VW broke this Karmann Ghia out of its collection for a bit of fun this spring. We did a few other things with it during our day of play, so watch out for more classic VW content coming your way next week.