40 horsepower isn't so bad when it looks this good

It’s weird calling a Volkswagen beautiful. None of the brand’s current offerings evoke such a thought, but it wasn’t always this way. Enter the Volkswagen Karmann Ghia, a car that is shocking to see the VW emblem on to this day. The name isn’t very creative, but it works, and it’s informative. This Volkswagen was penned by Ghia, an Italian design company, and was hand-built by Karmann, a German coachbuilder.

The setup made sense. Who better to style a flagship car than an Italian company known for pumping out beautiful designs? The result was a truly gorgeous coupe (and convertible a couple years after), and to make it even better for VW execs, the car was designed on the already-proven Beetle running gear. Using the parts bin for the Karmann Ghia was a double-edged sword, though.

You see, the Beetle was not a fast car, even for its time. It had a miniature flat-four engine, and couldn’t even come close to keeping up with America’s gigantic V8-powered beasts. However, the car’s layout offered something interesting for Americans. Volkswagen put the engine in the back of the car and gave it rear-wheel drive. That’s great fun, but the 40 horsepower in the 1964 Karmann Ghia convertible we just drove would not do well on the dragstrip. The sub-2,000-pound weight makes it feel agile and light, but at no point in the Karmann Ghia’s lifetime was it ever considered to be a sports car. 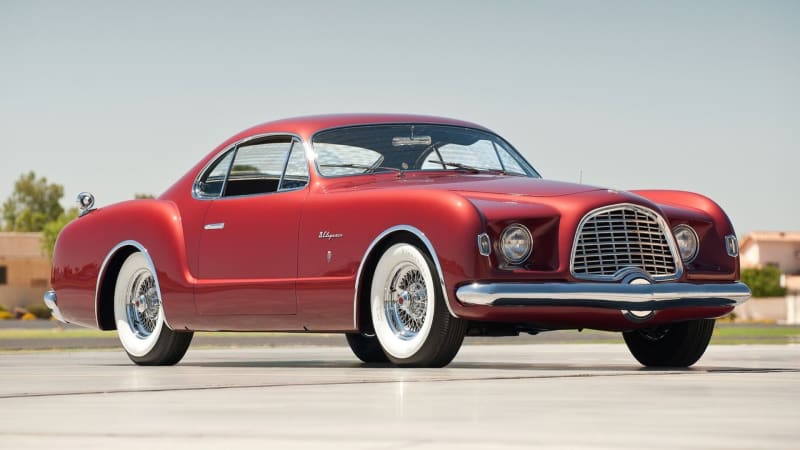 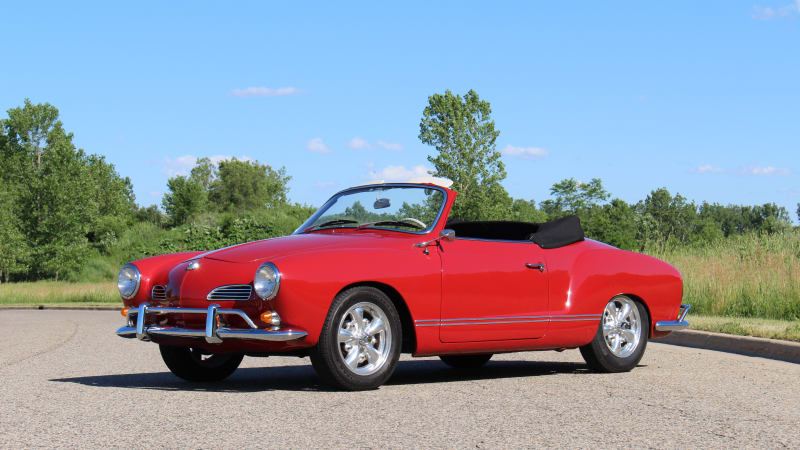 If you’re familiar with the Karmann Ghia story, then you’re probably intimately aware of its resemblance to a certain American concept car: the Chrysler d’Elegance. That concept debuted in 1952, and it was designed by Virgil Exner of Chrysler and built by Ghia. There’s no denying the Karmann Ghia’s design was adapted from the d’Elegance — that kick up from the door into the fender is the most obvious element that’s been copied. Much ink has already been spilled about this entire situation, but the end result is that nobody was flipping tables in the end, even Exner.

There were a few hundred thousand Karmann Ghias put together by the end of its run in the 1970s, and all of them were hand-built by Karmann. Yes, hand-built! Volkswagen! Maybe the Volkswagen Phaeton was the Karmann Ghia’s true successor after all — just some food for thought. The Karmann Ghia was also hand-welded, and it features very few breaks in the sheetmetal. That absolutely contributes to its beauty and simplicity today. Next time you see one up close, take a really close look all around. The handiwork is worth admiring, but don’t damage one. Their hand-built construction makes them a serious pain to perform any kind of a repair on.

The Beetle’s chassis was made slightly larger so as to accommodate the bigger and more luxurious Karmann Ghia. It has wider seats and is generally airier inside, though having the top down obviously helps it there. We found out how many bags could fit inside of it already — check out our luggage test if you’ve been dying to know for the past many decades.

Figuring out what all the little buttons, pulls and knobs inside do is an adventure. Even though we all complain nonstop about confusing interior designs, at least buttons have labels now. Once you figure out what everything does, operation of said buttons is easy, but weird. The lights are activated by a pull knob to the right of the steering wheel. You turn on the windshield wipers with the pull knob directly above that one. Airflow is controlled with a knob protruding from the floor nearest the passenger’s seat. The defrosters can be turned on with a little switch on the underside of the dashboard, but they probably won’t work. I’ve heard the best strategy is to just bring an ice scraper to scrape the inside of your windshield — the heat needs to travel back-to-front after all. There's a radio too, but if you want Apple connectivity, best bring along some fruit.