This may not be the V of old, but it’s still a winner

With the launch of the 2020 Cadillac CT4, GM is pushing back into the smallest luxury sedan segment that in recent years has almost exclusively featured entries from Germany. We're pleased to see it return, and importantly, that it definitely came back prepared.

The CT4’s key differentiator is its platform. Unlike the bulk of entry-level luxury sedans currently on the market, the Cadillac rides on a rear-wheel-drive platform. All-wheel drive is available throughout the lineup for those who need (or just want) four-season flexibility, but it’s meant to be a convenience feature rather than a performance upgrade — the same is not true of its front-wheel-drive competitors.

The CT4 ostensibly replaces the discontinued ATS, but reality is a bit murkier than that. Stop us if you’ve heard this before, but the Cadillac CT4 is not entirely size-appropriate for the class. While the CT4 is aimed at the subcompact luxury sedan segment (and the CT5 at the compact), it’s dimensionally a bit closer to the likes of the Mercedes C-Class than it is the A-Class.

This gives Caddy a bit of an advantage, but it’s nothing we haven’t seen from GM’s luxury arm before. Cadillac has chosen instead to target the segment based on price, which is a win for consumers in a way, as you can get a little bit more bang for your buck if they’re willing to take a chance on the underdog. 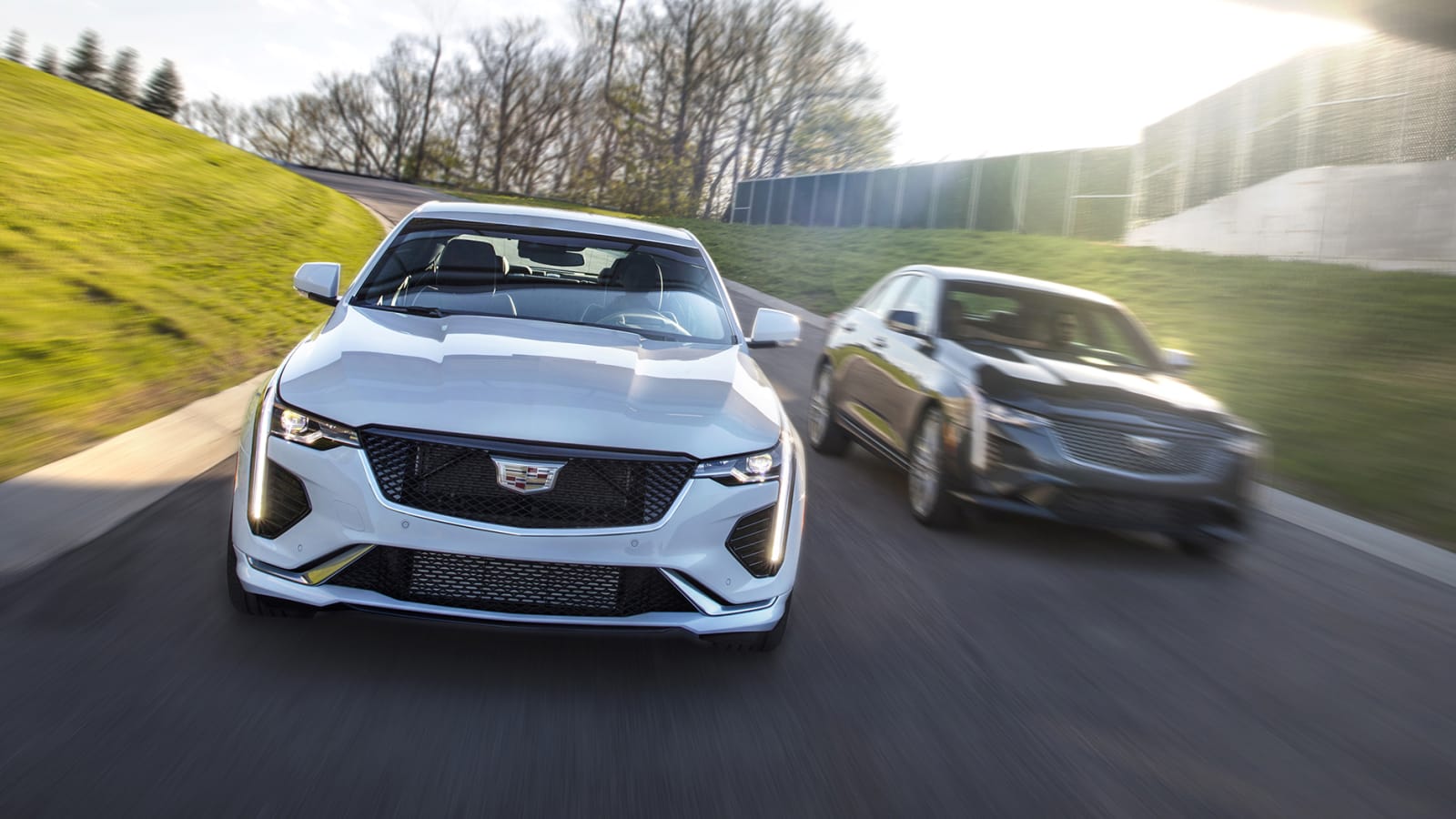 Cadillac is offering its new small sedan in three states of tune. The base (“Luxury”) model boasts a 2.0-liter engine good for 237 horsepower and 258 pound-feet of torque. The Premium Luxury and CT4-V models get the 2.7-liter — which is still a four-cylinder — that makes 310 hp and 350 lb-ft of torque in its base tune and 325 hp and 380 lb-ft in the CT4-V. All three variants make use of GM’s active fuel management tech which allows them to run on just two cylinders to conserve fuel while cruising.

Yes, you read that correctly. The CT4-V boasts just 325 hp, which may seem like a pittance considering the outrageously powerful V models of Cadillac’s past, but GM’s luxury arm has decided to re-jigger its performance hierarchy by eliminating “V-Sport” entirely, shifting “V” down to fill that role, and introducing a series of new range-topping performance models dubbed “Blackwing.”

In that context, the CT4-V may seem like an also-ran, but consider the company it keeps. The Audi S3, Mercedes-AMG CLA 35 and BMW M235i Gran Coupe all play in the exact same space with similar power figures, slotting beneath the high-performance RS3 and CLA 45, respectively, with no comparable uber 2 Gran Coupe.

And the CT4-V is more than just a little extra power and torque. It also benefits from a mechanical limited-slip differential, GM’s fourth-generation Magnetic Ride Control (so far exclusive to the CT4-V, CT5-V and mid-engine Chevrolet Corvette) and a whole host of unique chassis adjustments, including a quicker, V-specific steering ratio. Cadillac also says every rear-wheel-drive CT4 has near-perfect 50:50 weight distribution.

The CT4 lineup is also the beneficiary of Cadillac’s new electrical architecture, dubbed “Vehicle Intelligence Platform.” This enables a lot of cool behind-the-scenes stuff, and also paves the way for the electrification of Cadillac’s new vehicles. The brand isn’t ready to announce any electrified offerings just yet, but we suspect it won’t be long before Cadillac follows the Germans into the mild-hybrid performance space.

This electrical platform will also enable a key feature that is coming for 2021: SuperCruise. Cadillac’s highway semi-self-driving system leans heavily on this electrical (and electronic) blueprint, and models equipped with the suite should start to appear late in 2020. There are immediate benefits to this new tech too, such as the CT4’s universal interior and exterior LED lighting.

While SuperCruise may not be available right off the bat, the CT4 offers plenty of other safety tech, including standard forward emergency braking and rear parking assist, and available blind-spot and rear cross-traffic warning, adaptive cruise control, and reverse automatic emergency braking.

On the convenience front, the CT4 is equipped with the latest version of Cadillac’s infotainment suite dubbed  Cadillac User Experience. This includes a standard 8-inch HD touchscreen with Android Auto and Apple CarPlay integration, plus available navigation, wireless device charging, Amazon Alexa and an auxiliary rotary control interface for the infotainment system.  The CT4’s 16x9 screen is responsive, but smaller than some competitors’. Both BMW and Mercedes-Benz offer slick 10.25-inch widescreen units

We only got to drive the CT4-V this go around, but on the road, we found it strikes a near-perfect balance between luxury and performance. Its eagerness and athleticism never encroach on its luxury mission until you ask them to, whether you dial in your own drive mode profile — Cadillac calls it “My Mode” — or you simply reach for the one-click V-Mode option on the steering wheel.

When you’re on the highway, the CT4-V is composed and buttoned-down without being in-your-face. Its adaptive cruise control (part of the $1,100 Driver Assist package) maintains speeds just about perfectly, demanding little attention and prompting little consternation. It can also be shut off if you'd prefer plain old cruise control. The seats are relatively plush but supportive and offer plenty of adjustment for individual preferences — a bit of a theme for the CT4-V.

Thanks to the Magnetic Ride Control and the CT4’s drive-by-wire systems, virtually everything about the sedan changes depending on the mode you select. In Sport or Track modes, the brakes react to the most minute pedal pressure, ready to bring the CT4-V’s 3,616-pound heft to a stop if need-be. 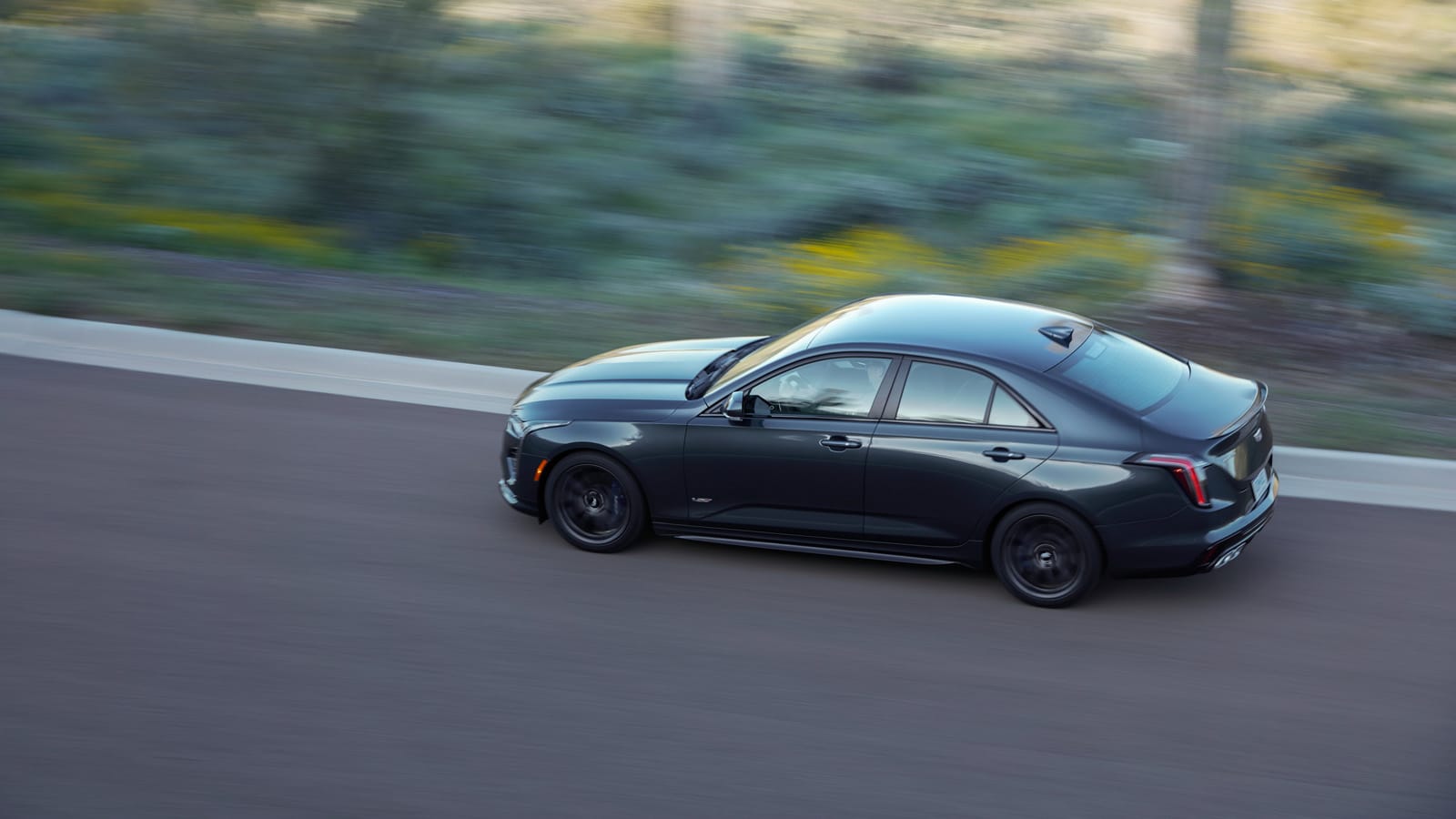 Some things can’t be changed, of course, and fortunately Cadillac did a great job with those too. The steering is precise and well-weighted, and the chassis willing and predictable — an excellent dance partner — and 325 hpr is more than enough to make use of it. The CT4-V feels very complete.

But it’s not perfect. The 2.7-liter four-cylinder is fundamentally very similar to the engine under the hood of the new Chevrolet Silverado and GMC Sierra pickup trucks. As Caddy’s engineers tell it, the trucks are the true beneficiaries of this arrangement, as the rather large four-pot was destined for the CT4 all along. Cadillac went to great lengths to make sure it was refined enough for duty in a luxury sedan and while the result is mostly good, mostly good is slightly bad.

While the dual-volute turbocharger and large displacement deliver torque for days, the 2.7-liter feels a bit awkward when accelerating slowly from a stop. This is probably at least somewhat down to the gearing of the CT4-V’s 10-speed automatic. In Touring mode especially, the engine seems to generate a disproportionate amount of noise for the power it’s putting out at lower throttle openings. It sounds overworked, which is the exact opposite of what you’d expect from an engine being asked merely for mild acceleration, making it all the more noticeable.

Considering what Cadillac set out to achieve with the CT4 — and the V model specifically — the fact that this is the worst thing we can say about it speaks volumes for GM’s effort. At it’s $45,490 base price (including $995 for destination), it takes the fight directly to its competitors, and in many ways that matter to enthusiasts, it’s the better buy.

So many of Cadillac’s recent products have prompted us to say things like, “It’s pretty good, but…” The CT4-V needs no such qualifier. To put it succinctly, they nailed it. 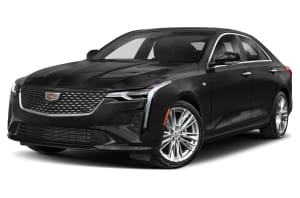 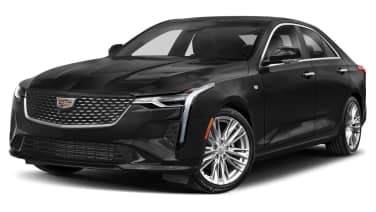 $1,611 - $2,999 Nat'l avg. savings off MSRP
See Local Pricing
I'm not in the market for a vehicle at this time. Please move this suggestion to the side for 30 days.
Huge Savings