Spy shots published on Instagram have seemingly revealed the second-generation BMW 2 Series well ahead of schedule. The images show the car's front and rear ends with absolutely no camouflage.

This is one of the rare instances where we see a new car in the metal before discovering it as a concept or spotting it fully camouflaged undergoing shakedown testing. Posted by photographer Wilco Blok, the images show a silver, German-registered coupe in a car-sized elevator hidden deep inside a testing facility. They confirm the front end receives bigger headlights, wider kidney grilles fused into a single unit, and re-shaped air dams chiseled into the lower part of the fascia. The 2 doesn't look anything like the 2 Series Gran Coupe, BMW's new entry-level sedan.

Out back, the most noteworthy change is that the L-shaped lights are gone. The rear diffuser occupies more real estate on the bumper, and it's flanked by wider exhaust outlets. The rest of the car is under a cover, but it doesn't look like its proportions have changed significantly. And, although we can't see its dashboard-to-axle ratio, we're certain the 2 carries on with rear-wheel drive rather than adopting front-wheel drive, like the Gran Coupe. BMW is taking some of its models into front-drive territory, but it knows better than to make the 2 anything but rear-biased.

Although powertrain specifications weren't leaked, the next-generation 2's specifications sheet will likely look a lot like the current car's. Expect a four-cylinder engine at the bottom of the range, a straight-six above it, and either rear- or all-wheel drive. Transmission options remain unconfirmed, and it's too early to rule out a plug-in hybrid option. The hot-rodded M2 will undoubtedly make a comeback, though it won't be available at launch.

BMW hasn't commented on the images, and it has said very little about the next-generation 2 Series. We expect the coupe will make its official debut in the coming months, likely online, and it might arrive in showrooms in time for the 2022 model year. It will be joined by a convertible model a little bit later in the production run. 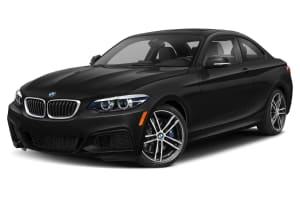 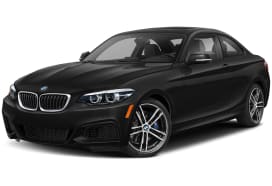 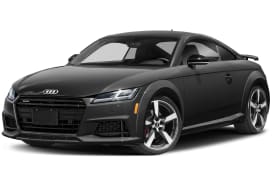