The best thing about the 2020 Infiniti Q60 Red Sport 400 is its engine. That 3.0-liter twin-turbo V6 makes one of the better noises in the automotive landscape on its way to the 6,800 rpm redline. It makes 400 horsepower and 350 pound-feet of torque, and the engine feels every bit that strong. Peak power is made at a high 6,400 rpm, so it feels linear all the way up to that point. There’s no mistaking this for a naturally aspirated engine with the lag off the line, but once it’s up and running, there’s no obvious fading of power in the higher rpms.

As for the sound … it’s also pretty spectacular. We took the Q60 out to some of our favorite deserted backroads and let it rip with a GoPro attached to the bumper. This particular Q60 Red Sport 400 is fitted with a more aggressive exhaust from Infiniti. It’s an axle-back exhaust, aptly named the “Axle-Back Sport Exhaust Kit.” Infiniti sells the exhaust on its official online parts store — there’s one available for the Q60 and another for the Q50. It’s currently listed for $707 and is backed by the original factory warranty. Buy it from the store, and then have the dealer fit it to your new (or old) car.

We’ve driven Infinitis with this engine that don’t have the sport exhaust installed, and they’re nowhere near as loud. And after driving one with the exhaust, it’s safe to say the factory exhaust is a bit too quiet for our tastes. Starting the cold engine up in the morning is much more satisfying.

And under load this exhaust sounds fantastic, too. In the cabin we hear loud intake whooshes, and on the outside we get to hear its screaming yowl. There’s enough sound deadening in the cabin to make it refined and luxurious on light throttle applications, but the exhaust’s sound doesn’t ever disappear. A bit of drone sneaks in on the highway, but if you turn up the decent-sounding Bose audio system, it fades away. More cars could use legitimately aggressive exhausts like this one. Manufacturers continue to pump fake audio into the cabin over the speakers, but it’s not as authentic as something like this. All that’s missing are bangs and pops on shifts, but we can live without them. Each downshift is delightful, and the overrun is music to our ears. 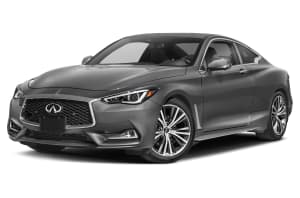