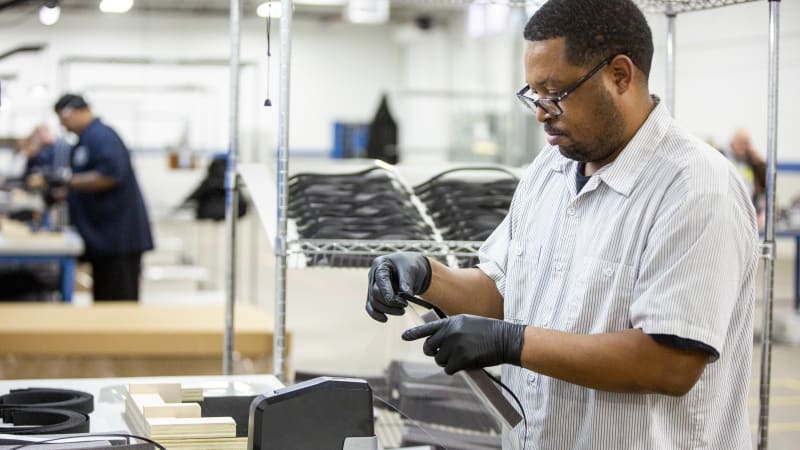 Ford will lend its manufacturing might and design skills to help produce needed healthcare equipment for the fight against COVID-19 coronavirus, the company announced today. The automaker is working with current providers on three separate initiatives.

Ford has partnered with 3M to develop and manufacture a new version of 3M's powered air-purifying respirators. The new version would use existing vehicle parts such as fans from ventilated F-150 seats. The plan is for Ford to assemble up to 1,000 of the respirators per month at one of its assembly facilities in Michigan, thus helping 3M increase production. The respirators are used by health-care workers and first responders.

Ford also announced that it is working with GE Healthcare to increase the supply of ventilators. Ford says it could produce "a simplified version" of an existing GE Healthcare design at one of its manufacturing plants. The ventilators are a critical technology helping patients having difficulty breathing due to COVID-19.

Additionally, Ford has developed full-face shields to be used in conjunction with N95 respirators to provide additional protection for health-care workers. The company has completed its first 1,000 shields and sent them off to local hospital systems for testing. Ford plans to make 100,000 per week at a subsidiary facility in Plymouth, Michigan.