How to drive a Scout in Michigan and a Niva in Russia, from your couch

The creators of SnowRunner, the long-awaited sequel to the off-roading simulator MudRunner, released a four-minute trailer that shows what the game has in store for adventure-seeking gamers. It's even more realistic than its predecessor, it gives players a wider choice of vehicles, and it takes them to new places on the virtual map.

The plot hasn't drastically changed, meaning the goal is still to complete different missions while tackling treacherous terrain like mountains, rivers, axle-deep mud, blizzards, and bridges that are past their prime. The tasks include towing vehicles out of mud pits, building the infrastructure, and making long-haul deliveries in 11 open-world maps set in Michigan, Alaska, and a particularly cold part of Siberia named Taymyr. 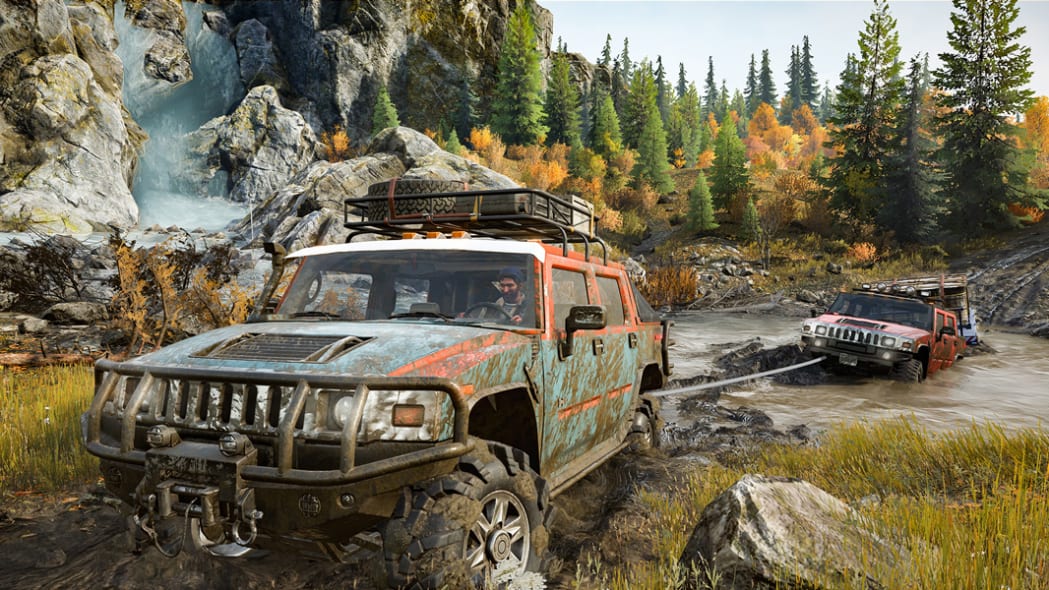 This isn't the kind of game you can beat by driving flat-out. Focus Home Interactive, the French publisher that created SnowRunner, explained it went to great lengths to take factors like vehicle weight, tire spin, and water currents into account. You may need to lock the rear differential or shift into the granny gear to complete a job, and you'll get swept into a river if you don't choose the right vehicle to cross it with.

Players will have no less than 40 off-roaders to choose from, and they're all licensed from their respective manufacturer. The trailer shows a Hummer H2T, an early International-Harvester Scout, a Chevrolet C/K 1500, numerous semi trucks, plus odd-balls like a Lada Niva dropped on a generously lifted suspension. Each car can be customized with add-ons like snorkels, tire chains, and bull bars that help them venture further off the trail.

SnowRunner will be released for PlayStation 4, Xbox One, and PC on April 28, 2020. Additional content like new vehicles, maps, regions, and activities will be added to the game in the months following its release.