Orders for 2021 Vettes will open early

General Motors is shutting down all new orders for the 2020 Chevrolet Corvette, effective immediately, citing heavy demand and limited supply following the production shutdown caused by the United Auto Workers strike last fall. The news was revealed through a leaked e-mail sent to dealers on the Corvette Forum.

“Due to an overwhelming demand for the 2020 Chevrolet Corvette Stingray, Chevrolet has decided to stop taking sold orders after March 18, 2020," Chevy confirmed in a statement. "Chevrolet dealers will begin taking orders for the 2021 Corvette in late May.”

The shutdown would not interfere with dealers’ ability to process existing orders within their allocation, nor to create and process a normal stock order. It added that GM would open up orders for the 2021 Corvette on May 21, a month earlier than planned.

“Regretfully, launch timing was delayed by the six-week work stoppage that reduced the 2020 Model Year production schedule,” GM said in the email. “Therefore, it is possible some of your 2020 orders, sold or stock may not be produced as planned.”

It went on to explain that, “Further information will be forthcoming from Chevrolet regarding the handling of sold 2020 Model Year that we will be unable to accept, and the creation of a replacement 2021 Model Year sold order.”

The move comes as the all-new mid-engine sports car finally begins arriving at dealerships at prices generally much higher than the promised sub-$60,000 base trim level, a trend first spotted by CarsDirect. Taken together with the e-mail announcement, it suggests buyers are unlikely to find a base trim Corvette at the promised $59,995 starting price for the 2020 model year. Then again, given our experience with the car and the buying tendencies of early adopters, there probably wouldn't be much demand for one any way.

Production of the 2021 models was planned to start Sept. 1 at GM’s Bowling Green Assembly plant in Kentucky.

On Autotrader, the cheapest C8 Corvette found was an Arctic White 2LT listed for $64,726 by a Chevy dealer in Coconut Creek, Fla. Meanwhile top asking price found was $129,899 for a black Stingray 3LT with the Z51 performance package and 78 miles on the odometer from a dealer in Noblesville, Ind., a suburb of Indianapolis.

Things are no better on eBay, where a quick check turned up a pre-owned 2LT version with 500 miles on it with bidding at $79,600 on the low end, which doesn’t yet meet the seller’s reserve, to a Mitsubishi dealer asking $135,000 for a 3LT on the opposite end. 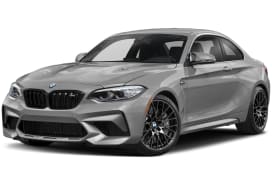