Zac Palmer
Lotus just formally announced that its electric hypercar will be revealed on July 16. It's called the Type 130, and it's confirmed for production at Lotus headquarters in Hethel, Norfolk. The name is derived directly from the production quantity, as Lotus is capping the car at just 130 units.

This project is coming together at a rapid pace, as Lotus also says the first customer deliveries will happen in 2020. Meeting time goals for the production of EVs has proven troublesome for some manufacturers, so we'll see if Lotus is able to deliver in the next year and a half. The British sports car company has Chinese backing in the form of Geely now, so the funds to make this car happen appear to be there. 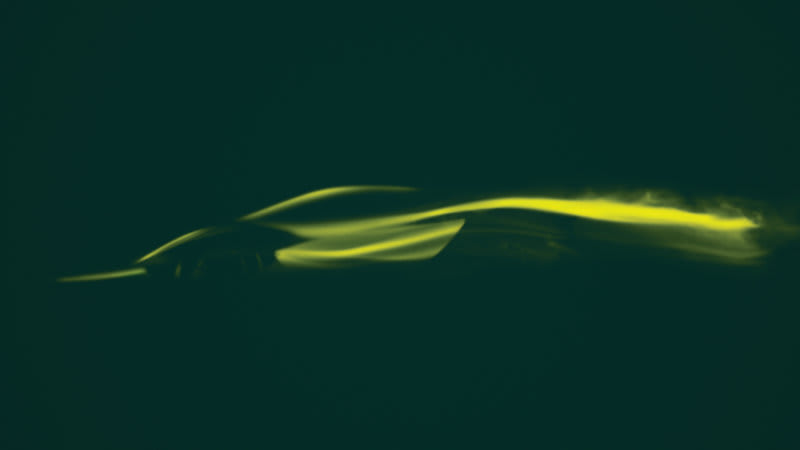 Lotus says that it's had several hundred people express interest in buying the Type 130 since its confirmation at the Shanghai Auto Show. Of course, with only 130 slots available to buy the vehicle, we'll see how it all shakes out once Lotus announces what we expect will be an extravagant price tag. Hypercars, and especially electric hypercars, are never cheap.

Lotus released a teaser photo that tells us next to nothing, but it is a photo of the car. The teaser video below is a bit more interesting with the "Hand Built in Britain By Lotus" emblem and the electric charge port hidden off to the left. It has an automatically closing door there, which doesn't exactly feel like Lotus' style. If something can be done mechanically to save weight, that's typically the path taken. We won't prejudge the car too harshly, though, as this represents an entirely new take on Lotus vehicles.