It's a driver-oriented dash-filling affair

Zac Palmer
BMW is making its iNext electric crossover into a technological tour de force. The German manufacturer just dropped some hints about its new interior design today with details about the massive screen it'll be sporting. BMW calls it the "Curved Display," which makes a whole lot of sense. As seen in the shadowy photos BMW provided, the huge display curves across what looks to be nearly the entire cockpit.

Even though the screen is huge, (no word on exact size yet) BMW says it's still carrying on with its tradition of driver-oriented controls. The curvature of the screen is made in favor of driver visibility, so it's easier to see and make changes at a glance. It's hard not to think of Tesla's big center screen in the Model 3 with announcements like this. Tesla puts the big slab of screen right in the center without favoring either side of the cockpit, whereas BMW is still of the mind that all controls and screens should be driver-oriented.

Details of BMW's screen are scarce at this point, but we are given a few tidbits of information. It's a single-section display that combines both the "instrument cluster" and "infotainment" screen. BMW says it will be a touchscreen, which continues in the footsteps of its latest version of iDrive allowing touch control. The display is positioned such that occupants of the car can't actually see its mounting or attachment points to the instrument panel. It's only being held in place by a thin magnesium bracket. We have a feeling that it's going to look rather futuristic and spacey when we finally get to see it from the driver's seat. There's apparently no hood necessary for shading purposes, as it uses a non-reflecting type of glass. Here's how BMW describes the screen:

"The curved, single-section display is the central control element and represents the modern interpretation of driver orientation. It occupies a dominant central position in a highly iconic display structure that provides a highly distinctive display experience," says Domagoj Dukec, Head of BMW Design.

Visions of Byton and its massive pillar-to-pillar screen flash through our mind when we see this display. However, BMW's take looks considerably smaller than that company's concept of a screen. Expect to see this in the BMW iNext when it comes out — BMW's current release date is set for 2021 as a 2022 model. 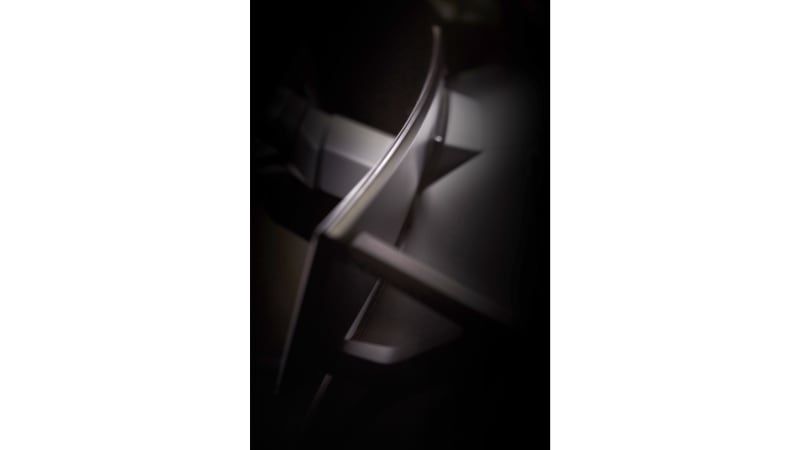