A short-circuit could lead to fire

The recall technically deals not with the engine block heater itself, but the way it is connected. According to NHTSA campaign No. 19V328000, the engine block heater cord or the terminals that link the cord to the heater could short circuit. A short circuit could potentially damage engine components and result in a fire. According to The Detroit News, 19 fires have been reported but nobody has been injured.

GM has yet to figure out a fix, and thus has not yet released a notification schedule for affected customers. If you believe your vehicle is part of the recall, contact GM customer service at 1-586-596-1733 and use reference number N182206310. 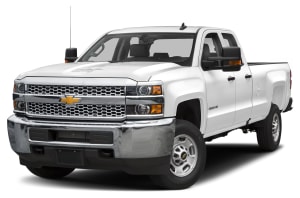