The luxury Kia with the Jagcedes-Benz face, now crashed and scrapped

The idea of a Korean luxury sedan seemed a bit odd to most American car shoppers when the Hyundai XG300 debuted on these shores in the 2001 model year. The XGs were pretty good cars, though, and the reasonable price tags had great appeal. The XG350's Kia-badged cousin, the Amanti, made the scene for the 2004 model year and was available here through 2009. Non-perfect examples have depreciated hard, and so this crashed '06 in California now supplies parts from a self-service wrecking yard. 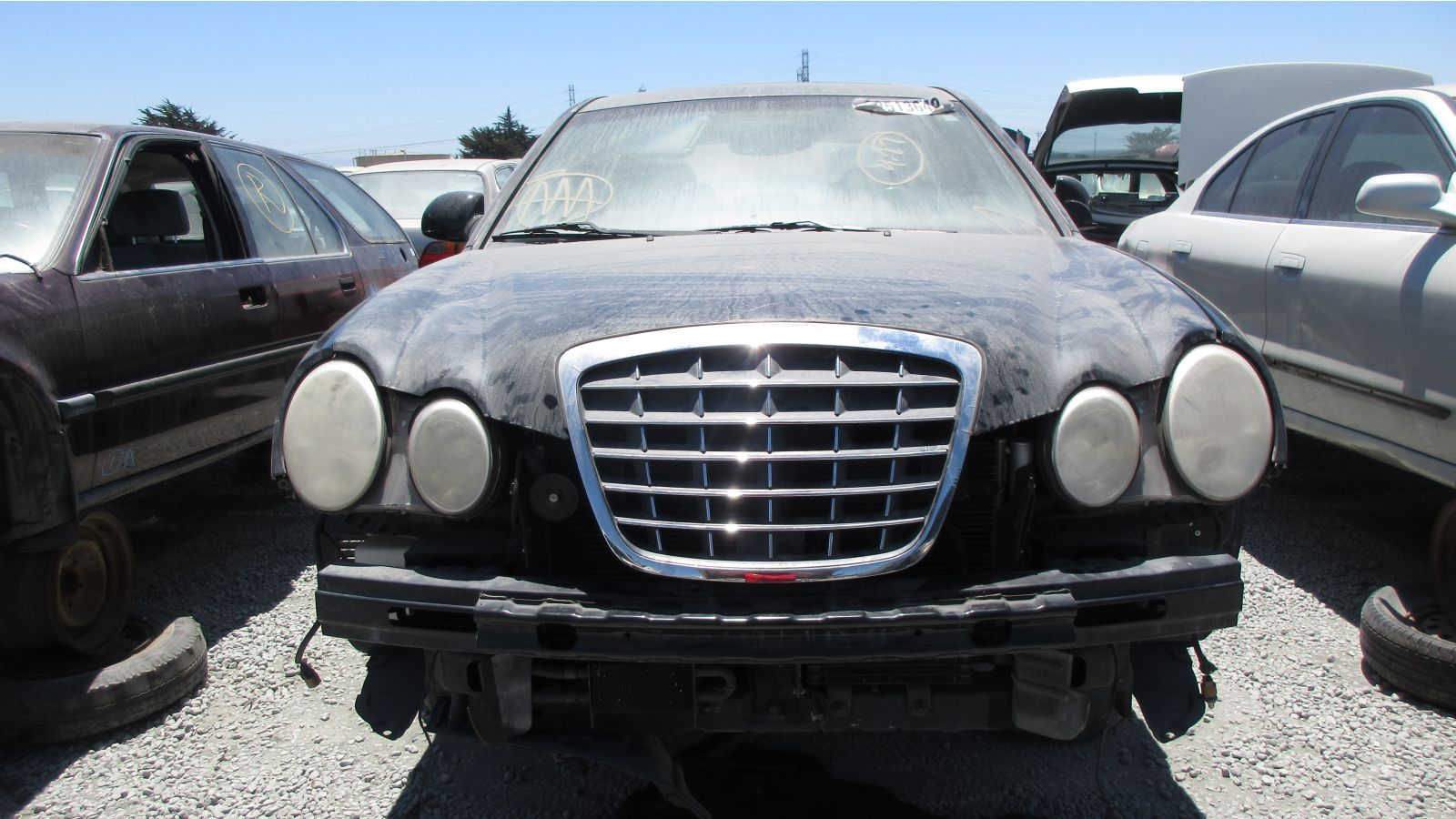 The Amanti's face shows a lot of Jaguar XJ and Mercedes-Benz E-Class influence, so much of it that many 24 Hours of Lemons racers were enraged that the judges put a shiny, good-running "E-Class" in the slowest racing group at the 2017 Fall South race (where the Amanti blew both head gaskets several minutes into the race, if not earlier). 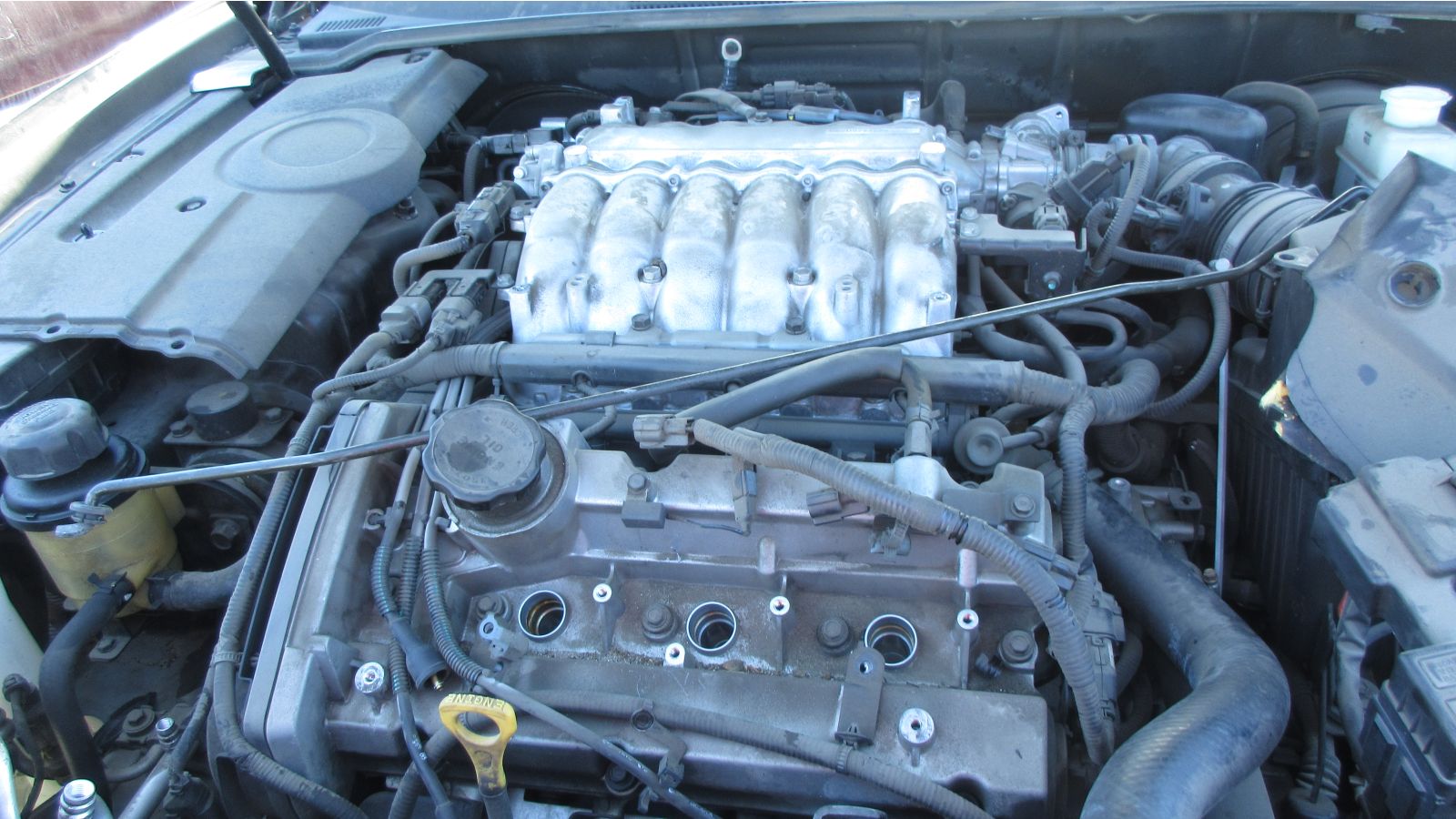 Hyundai licensed the Mitsubishi 6G family of V6 engines during the late 1980s, and this 200-horsepower, 3.5-liter DOHC V6 sure looks a lot like the Mitsu 6G74. 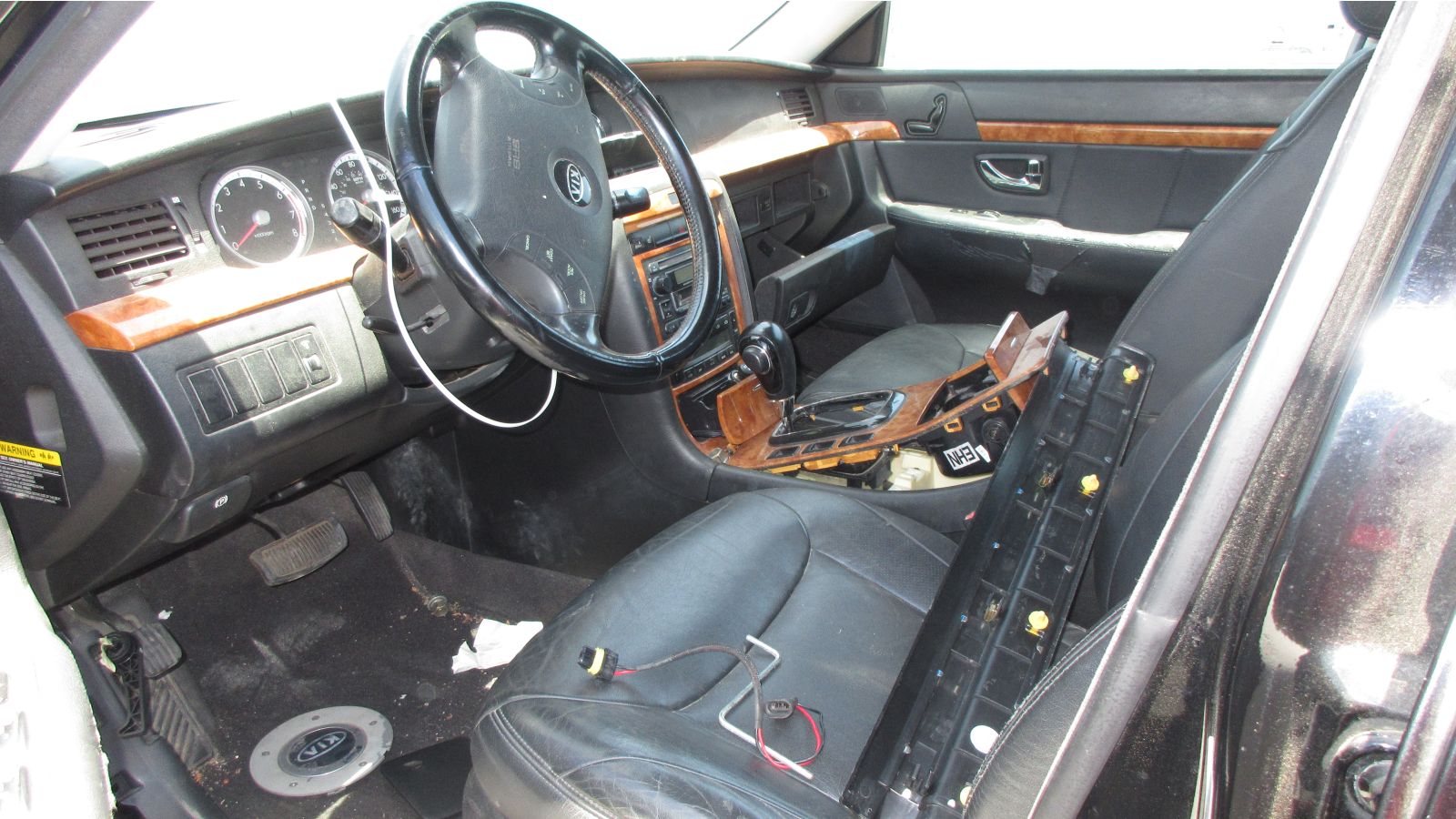 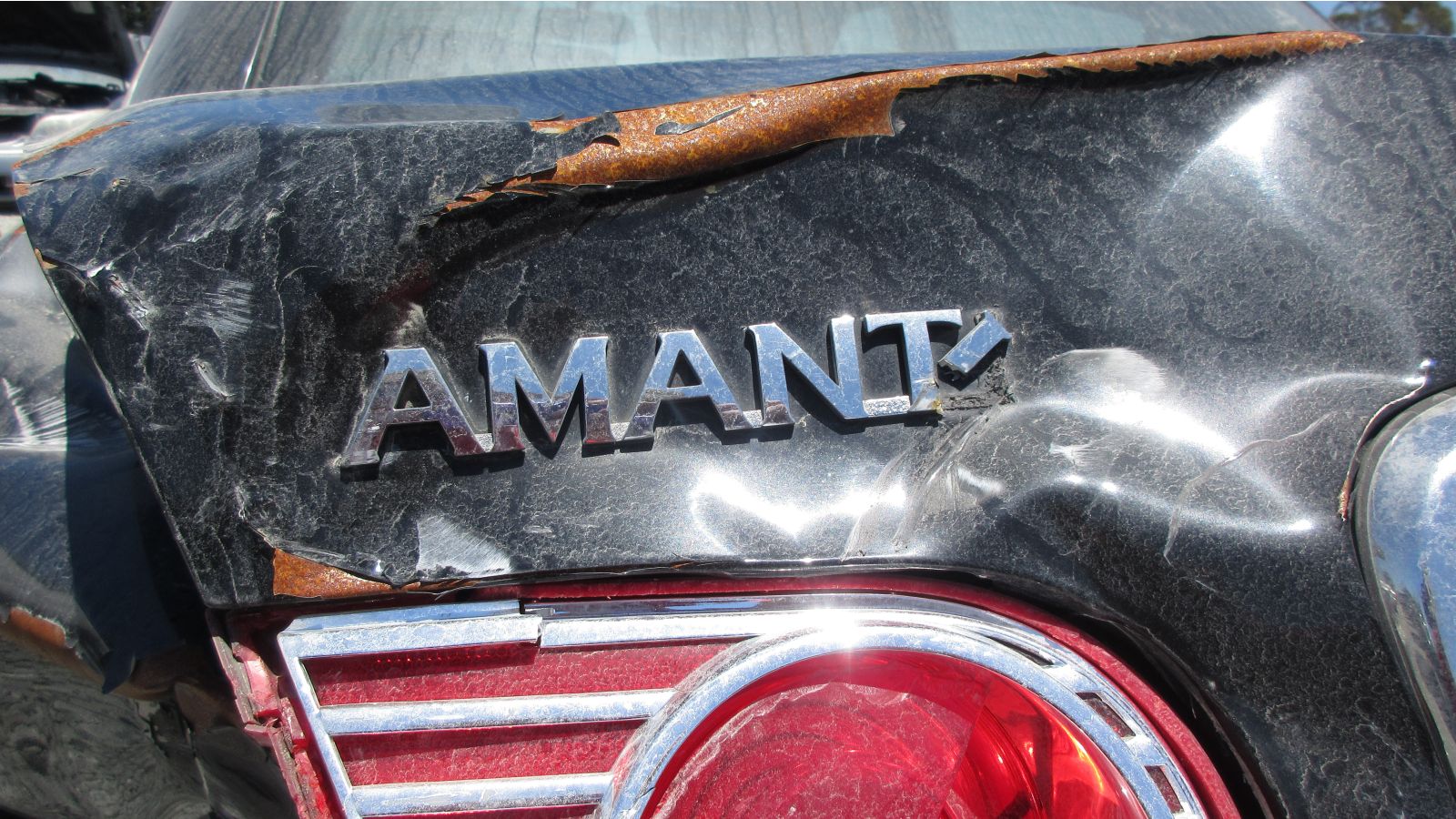 Nowadays, of course, there's nothing particularly odd about a big, swanky South Korean sedan. The Amanti helped pave the way for this acceptance.