Audi E-Tron shows off its interior

The electric SUV will have no outside mirrors.

Antti Kautonen
So far, we've seen the Audi E-Tron concept multiple times in pixelated camouflage, but the interior of the running prototypes has remained a secret. But now Audi has released several photos of the electric SUV's interior.

One of the stand-out features of the cabin is the addition of seven-inch OLED screens near where the side mirrors would normally lie: the mirrors themselves have been deleted in favor of rear-view cameras. Without conventional mirrors, and with the help of active aero and air suspension that can lower the vehicle at speed, the E-Tron's drag coefficient has been reduced to just 0.28. The screens give three different views, for highways, street corners and parking. Audi says the E-Tron will be the first mass-produced car with a setup like this. 
The cabin's detailing looks production-ready, with similar large screens on the dashboard and in the instrument cluster as in the freshly released Q8 flagship SUV. The E-Tron's audio equipment is courtesy of Bang & Olufsen, and the Danish hi-fi manufacturer's system consists of 16 speakers and a 705-watt amplifier. All of this should be production ready, since Audi had initially planned to launch the car in Brussels on August 30, but that was delayed following the arrest of Audi's CEO. Now the full reveal will come a little later in the U.S.

Regarding the powertrain, there will be a dual-motor setup combined with a 95-kWh lithium ion battery, which is good for 150-kW, 30-minute fast charging. The full power output of the E-Tron's electric motors has not yet been disclosed, but the range has been said to be 248 miles on the WLTP test loop, though that could be lower in U.S. testing . 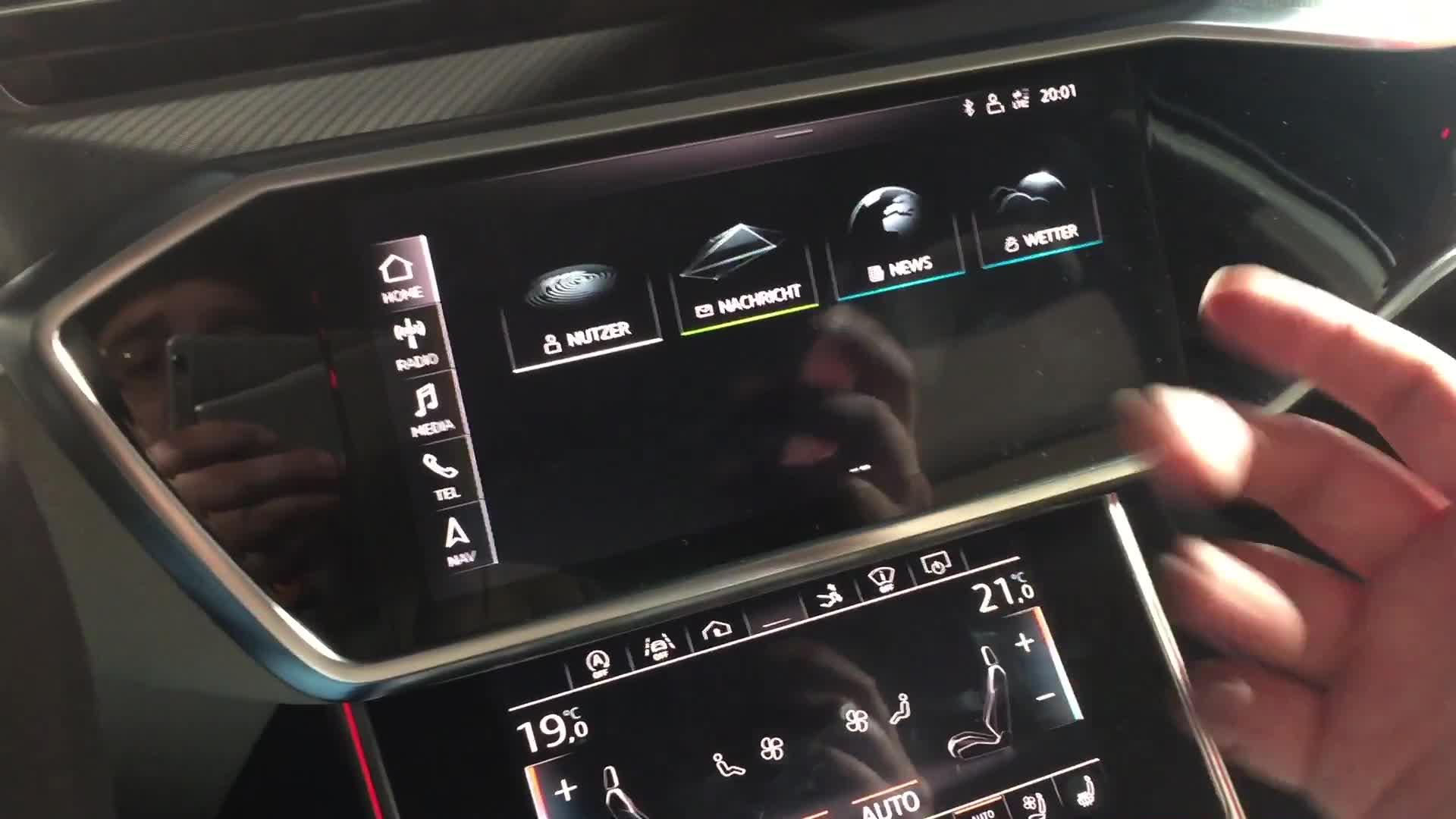