Please make this a factory option.

The next-gen Hyundai Veloster is coming soon. When I was in Korea for the launch of the new Hyundai Kona, all three variants — standard, Turbo and N — were trotting around the automaker's proving grounds, teasing and laughing at us since we weren't allowed to use our cameras. After some sleuthing, we uncovered some new info. Thanks to the automotive media back in Korea, we have what appears to be official images of the new Veloster Turbo done up in some of the best-looking camouflage we've seen in a long while. The car will make its full debut at the Detroit Auto Show in January.

It seems the car was shown off to the Korean press at Inje Speedway in Gangwon Province. The car retains the same basic three-door layout of the old model. That means two doors on the passenger side and one for the driver. The shape may be generally the same, but the car looks far cleaner than before. It's as if Hyundai's designers smoothed out all the lines and pulled the bodywork tighter to the frame. Like before, the exhaust appears to exit from the center, though the N model I saw in Korea and in spy photos has a more traditional dual-exit exhaust pipe. Floating red-painted calipers appear to clamp on some pretty large rotors. There appear to be two wheel designs, too.

There aren't any photos of the interior, but once again our spy photographers have come through. The press release we found also lists a new heads-up display.

Since these photos came from Korea, we contacted representatives at Hyundai here in the U.S. for more info, but weren't given any clear answers. All we were told was that the images came from their counterparts in Korea. Expect the Veloster Turbo to share the 201-horsepower turbocharged 1.6-liter inline-four and transmissions from the Elantra GT Sport. Korea apparently gets a 1.4-liter engine, but it's unclear if that's coming here. We hope the hopped-up Veloster N will get the 271-horsepower turbocharged inline-four from the i30 N. Hyundai has been on a killer roll as of late. We can't wait to drive this. 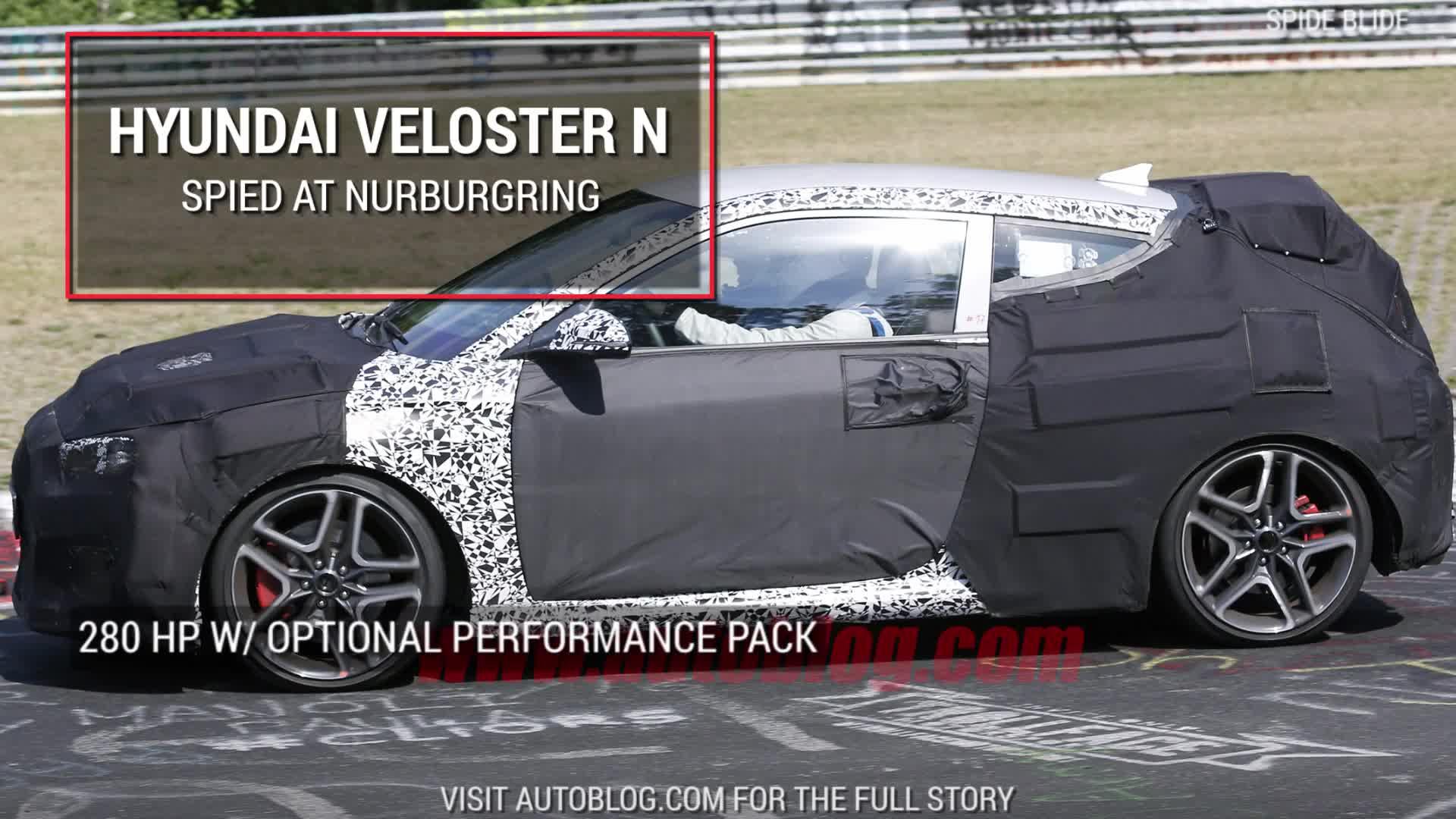 $55 - $55 Nat'l avg. savings off MSRP
See Local Pricing
I'm not in the market for a vehicle at this time. Please move this suggestion to the side for 30 days.
Huge Savings