Honda has been selling the hydrogen cars in Japan since March.

Sebastian Blanco
Car companies have been paying attention to the calendar, and want to get their goods out to customers before the end of the year. Chevy made sure to deliver its first Bolt EVs on time (and in an interesting location) and now Honda has handed over the keys to the first of its 2017 Clarity Fuel Cell sedans. The vehicle is only available at 12 Honda dealers in California, where the hydrogen refueling infrastructure is most developed in the US. The car went on sale in Japan this past spring.

As announced a month ago, the Clarity Fuel Cell leases for $369 a month for 36 months ($2,868 due at signing), and that cost will get you $15,000 worth of hydrogen fuel (good for about 20,000 miles a year), three weeks of a gas-powered rental car, and the ability to drive in the HOV lane by yourself. The hydrogen fuel cell-powered Clarity has an official EPA range of 366 miles, the longest of any zero-emission vehicle for sale in the US. Of course, since the hydrogen network doesn't stretch much beyond the Golden State, those miles need an asterisk. Honda says it plans to make the Clarity available in more locations next year, "as the network of public hydrogen fueling stations expands across the state." 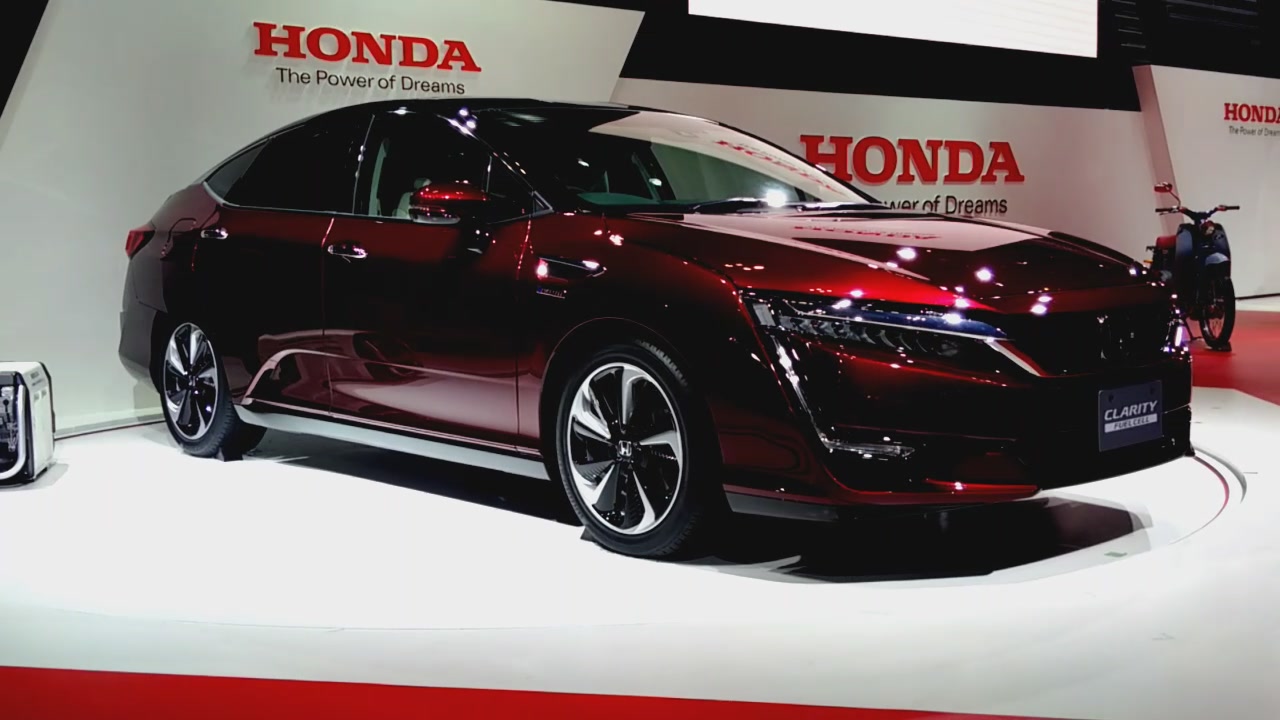