And yes, the new five-door Civic is already in the US.

Brandon Turkus
The 10-generation Honda Civic is excellent in all but two areas – performance and utility. The upcoming Si and Type R will satisfy any performance qualms, while Honda will up the utility with its first US-market hatchback in over a decade. Here it is.

These images, obtained by the folks at the CivicX forums, are our best look at the hatchback's shapely rear end. Honda kept true to the look of the Civic hatchback prototype shown in Geneva, ditching the twin center-exit exhaust pipes. We're hoping Honda revisits the design on a future Si hatchback, but keeps a similar rear bumper design. The large, black plastic inserts that house the rear reflectors are a more aggressive look than either the Civic coupe or sedan, but aren't flashy or overdone. Weirdly, the rear window reminds us of the Accord CrossTour's back glass, only not ugly. There's a healthy spoiler at the top of the window, along with a similarly sized unit connecting the two taillights. Again, this is mostly like the concept shown in Geneva.

What's curious is the date that these images were captured. See, the Civic in the image above is boarding the vehicle carrier M/V Orion Highway. And if we Google the ship, we can see it left Southampton on July 29, stopped in Baltimore – home of an expansive vehicle processing center – on August 8. That means the new Civic Hatch is in the US already. Get excited, Civic fans. 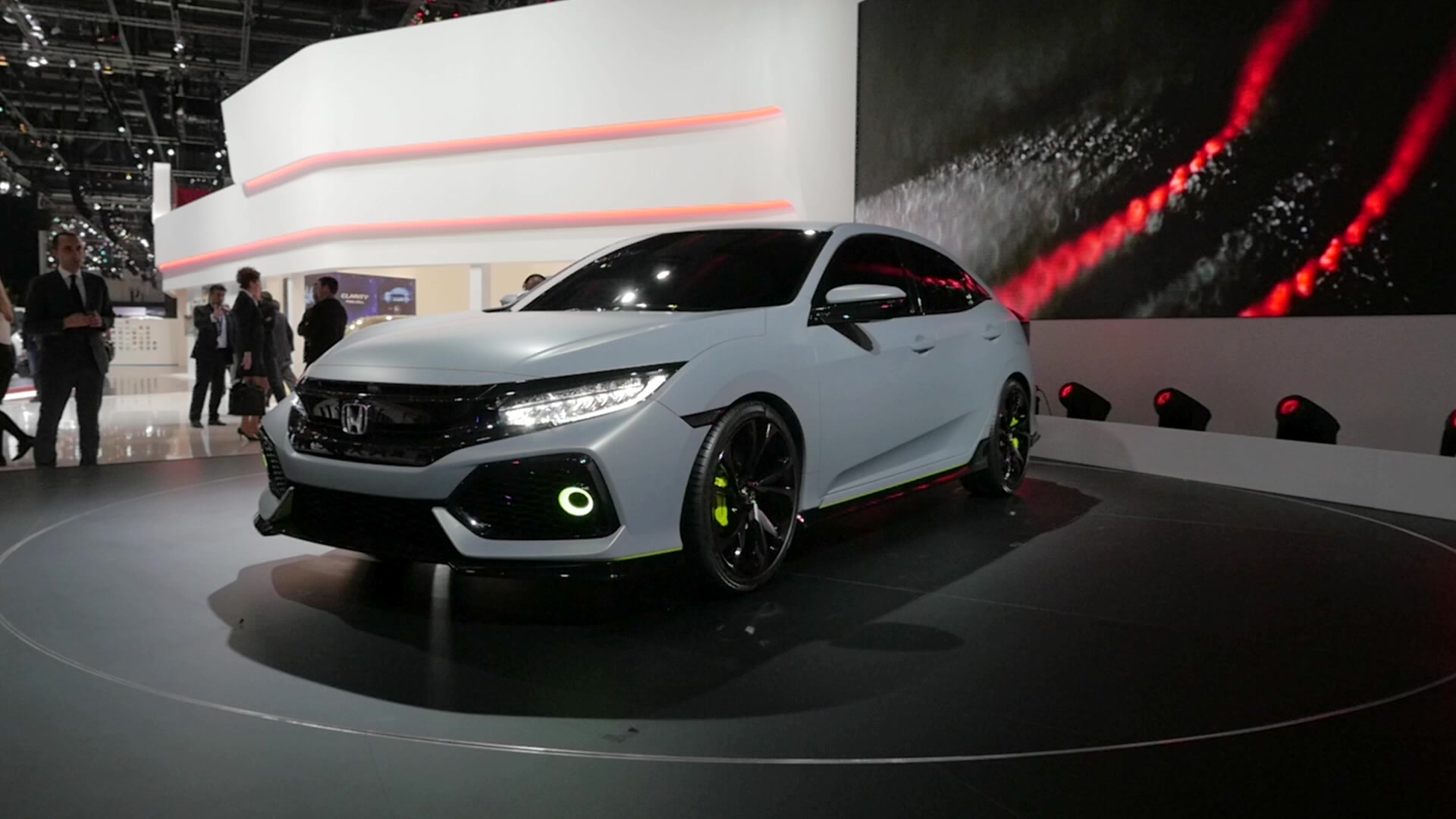