Alfa Romeo and Maserati might be bigger problems than Roberto Fedeli's genius can solve. UPDATE: An Alfa Romeo US spokesman responded to this article with the following statement: The safety concerns expressed in the story are false. The all-new 2017 Alfa Romeo Giulia is designed and engineered to meet or exceed all federal safety regulations. The Alfa Romeo Giulia will begin production for the North American market in the late second-quarter of this year.

Alfa Romeo will have a full product portfolio of premium vehicles that includes plans for (8) all-new Alfa Romeo vehicles by 2020. The product launches are prioritized by segment volumes starting this year with the Alfa Romeo Giulia production for North America starting in late Q2, followed by the Midsize-UV – the 2nd largest premium segment in North America.

Even on the day you dragged them kicking and screaming and gesticulating wildly to a table full of concrete evidence, Alfa Romeo executives will never admit the Giulia program is going through a tough patch. But it is.

Reports say the Giulia, on the eve of production, didn't just fail one internal crash test, but failed the front, side and rear impact tests. Alfa denies it.

Automotive News published a report last week saying two suppliers had insisted the Giulia, on the eve of production, didn't just fail one internal crash test, but failed the front-, side-, and rear-impact tests. A third supplier source told us the same thing. Alfa is denying it.

It was due on sale in Europe late last year and was supposed to be here in the next month or two. But it wasn't, and it won't. It was to be headlined by a twin-turbo V6 that reportedly howled its way around the Nürburgring 14 seconds faster than the BMW M3 could manage. That second part is only true if you believe it's fair to compare a full lap in a standard BMW M3 with a favorable accumulation of sector times to a development prototype Giulia with 220 pounds stripped out of it and rolling on hand-cut racing slicks.

The Giulia's all-new architecture was developed in just two years by a skunkworks of young engineers headed by Fiat's engineering prince, Philippe Krief, and (bafflingly) sited inside Maserati's headquarters complex in Modena, about three hours from Alfa Romeo's own Turin HQ.

It was supposed to be flexible enough to offer rear- and all-wheel drive and to sit beneath eight new models in the next three years, and it was at the core of Sergio Marchionne's promise that Alfa would not just return to America in a blaze of glory, but sell 400,000 cars a year globally by 2018.

There was to be the 3 Series-sized Giulia sedan, then an SUV of about the same footprint, then medium and large rear-drive sedans and a large SUV, a two-seat hard-core sports car, a convertible and a large four-seat GT coupe. It was even assumed that a version of this platform would underpin the next generation Chrysler 300 and Dodge Charger.

To nobody's surprise, most of that isn't happening, for reasons that will soon become apparent. There will, instead, be just the Giulia and the X3/Q5-sized SUV. This revised plan was buried deep inside FCA's financial report from 2015 and its future forecast, hoping nobody would notice the retreat. That such critical product information was a throwaway line in a financial report tells you something of Marchionne's priorities as a car company CEO.

The Return of the Prince 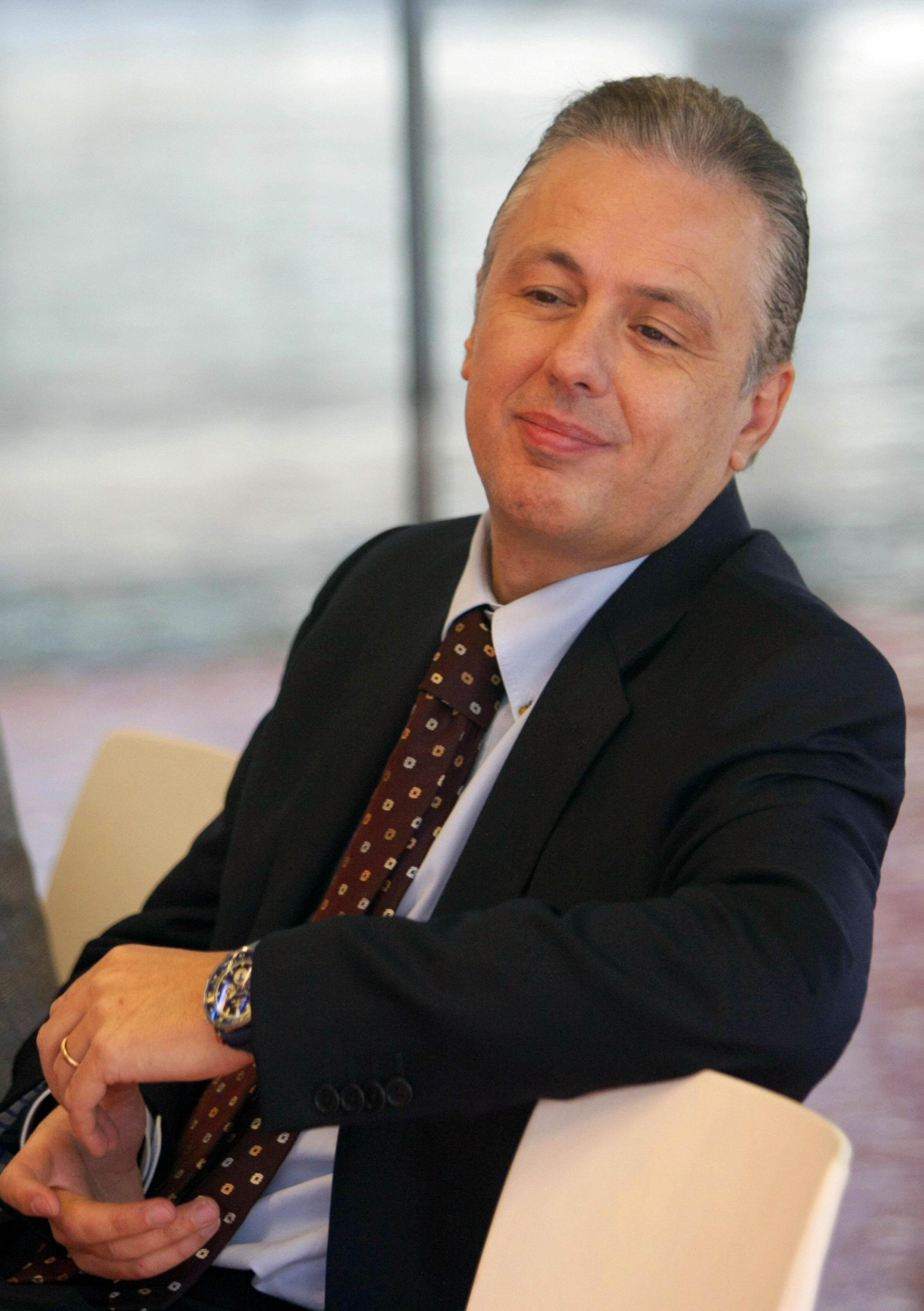 Last week, we heard that Roberto Fedeli was returning to FCA as the chief of engineering of both Alfa Romeo and Maserati. And, still unconfirmed by FCA after we requested information last week, that Krief has gone. There were those who tried to say, privately, that there was no connection between the movements of the two engineers.

There are, of course. Two sources told me Krief had left last Tuesday, before Fedeli was announced on Thursday. Now, you don't hire a man of Fedeli's stature away from a 16-month stint at the FIZ, BMW's technical center in Munich, on two day's notice. And Krief, after years of fiddling around the edges to update old architectures for new bodyshells, was unlikely to walk away just as he'd almost finished the all-new, Alfa-rebirthing architecture that would be his legacy.

Fedeli was the chief engineer at Ferrari and had a 26-year stint at the most Machiavellian car company there is. He's a man with a track record of delivering excellence wrapped in sculpture and bookended by inconveniently sited number plates. In the 458 Speciale, he engineered a car as close to perfection as has ever been built. He got the fearsomely complex FF to work. He pushed Ferrari back to turbochargers. In short, he knows stuff.

He will slot in easily at Alfa and at Maserati, which is important given that the two are now inextricably linked. He knows the people, the towns, the engineers, the brands, even where you get the good gelati in Modena (Slurp, on Viale Trento Trieste, by the way). The bottom line is that while Fedeli has been brought in to bolster both brands in the long term; in the short term his mission is to rescue the Giulia program.

The Prognosis For Giulia

The Giulia is said by development engineering sources to have handling issues, which they say stem in part from Krief's belief in the Balocco test-track school of handling – Alfa's proving ground near Turin. The philosophy, in short, says pointy feels fast and that's good. But it isn't. Pointy feels nervous and unstable and that's not always good.

If the Giulia's handling isn't winning friends, even among the test drivers, then Fedeli is the right man in the right place at the right time. To save time (and to capitalize on a great idea), the Giulia uses the same four-link rear suspension concept and engineering principals as the Ferrari F430. From what sources tell us, however, it just doesn't do it all that convincingly. If anybody can turn that around, and quickly, it'll be Fedeli.


If the Giulia doesn't pass its crash tests internally, it will have to do substantial remedial work to pass independent tests.

If the Giulia doesn't pass its crash tests internally, it will have to do substantial remedial work to pass independent tests. That's do-able, but usually adds weight, cost and time – and sometimes compromises some things you'd rather not compromise. In the Giulia's case, its trunk loading space is already briefcase-tiny, so good luck with that. (Alfa let people test the trunk's operation at the Frankfurt Motor Show in September, but not at the LA show in November.)

Fedeli will have one inescapable truth to confront at Alfa Romeo/Maserati that he never faced at Ferrari or BMW: It seems to be almost impossible for anybody to walk out of Marchionne's office with approval for class-leading cars or new developments.

In the last decade, the European side of FCA turned the wonderfully innovative, culturally-rich Lancia into the Dead Man Walking of the European car industry, thanks to several small car duds.

It delivered a Maserati Quattroporte with the V8 that New Englanders love, but incredibly without the all-wheel drive New Englanders need (it's only available with the V6). And it delivered both the Ghibli and Quattroporte without many of the electronic assistance systems the Germans have made the norm. The Levante SUV has also been dogged by development delays. Planned to be on sale midway through last year, it will now hit showrooms in the northern hemisphere this summer at the earliest and should be officially unveiled at the Geneva Motor Show.

And then the Giulia arrives as the first proper new Alfa Romeo architecture in a decade, but the engineering team isn't given enough time or enough resources. Any automaker, even Fedeli's former employer BMW, would balk at a development timeline of just two years.

Looking from the outside, it looks as though: a) the engineers either can't pitch or don't know how to pitch important projects to Marchionne; b) the money isn't there; c) the actual development of cars is an inconvenient distraction to a CEO playing a high-finance game; or d) a combination of all of them.

For sure, Fedeli is the best man for the job and will fix a lot of problems quickly. But in the long term, no engineering boss can deliver Audi/BMW/Mercedes-Benz-beating cars on a playing field as uneven as the one at FCA.