The Problem: The pickups contain Takata-sourced driver's side airbag inflators that could rupture in a crash. The spray of metal shrapnel could injure or even kill occupants.

Injuries/Deaths: None reported in the Mazda pickups. However, a rupturing airbag inflator killed the driver in a Ford Ranger, which is identical to the B-Series.

The Fix: Mazda will replace the driver's side inflator.

If You Own One: Mazda plans to notify affected owners as soon as dealers have the replacement parts.

There have been no reports of accidents or injuries on the Mazda-badged vehicles subject to this recall.

Below is a summary of Mazda models with a passenger- and/or driver-side front Takata air bag inflators currently being recalled.

2004 MPV (Certain Vins only. Click here to see if your vehicle is included.)

Mazda North American Operations is headquartered in Irvine, Calif., and oversees the sales, marketing, parts and customer service support of Mazda vehicles in the United States and Mexico through more than 700 dealers. Operations in Mexico are managed by Mazda Motor de Mexico in Mexico City. 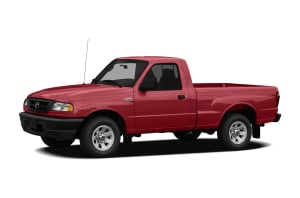