The GLK Successor Goes Soft, With a Purpose View All Specs
Mercedes-Benz product guru Bart Herring strode to the middle of a crowded conference room in Atlanta and succinctly explained the 2016 GLC. "What's different from the outgoing car? Everything."

That's getting right to the point, and it's accurate. The GLC is lighter, larger, and more comfortable than the long-running GLK that it replaces. It's wrapped in a simple yet elegant design that's a departure from the polarizing looks of its off-road-themed predecessor, and the "C" in the name now clearly aligns it as the SUV counterpart to the C-Class sedan. We'll always have a soft spot for the GLK, but the widespread appeal of the GLC is undeniable.


Like Herring says, the GLC is different than the GLK, but they share the same mission of winning over finicky crossover customers. With cleaner looks, more space, and improved fuel efficiency, the GLC is poised to do it better. 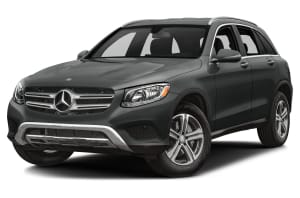