Subaru gave us a look at the attractive concept for the next-gen Impreza hatchback at the recent Tokyo Motor Show, but new spy shots present the opportunity to check out the production version as a four-door sedan. While camouflage makes the details harder to suss out, there are a few notable similarities.

At the front, the concept's thicker grille and more angular headlights both appear present through the cladding. The shape of the A-pillar also looks alike. However, the visually interesting creases along the sides either aren't coming to production or are just very well hidden on this example. At the back, the taillight coverings suggest the C-shaped units from Tokyo might see production.

In addition to the angular styling, the next-gen Impreza should see a mechanical overhaul by moving to Subaru's new modular platform featuring the company's more fuel efficient, direct-injected engine. Don't expect the brand's famous all-wheel drive to go anywhere. With production slated to move to the company's factory in Lafayette, Indiana, the latest Impreza should launch in the latter part of 2016 as a 2017 model. Hopefully we will get a better look at both the sedan and hatchback before then. 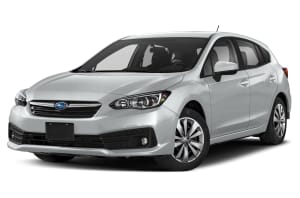