Noah Joseph
Mini is expected to expand its refreshed lineup with the reveal of the new Clubman, at the upcoming Frankfurt Motor Show. So to give us something to look forward to, it has released the teaser image you see here.

Previewed in concept form in Geneva last year, by the Vision Gran Turismo a few months ago, and by numerous prototypes spied undergoing testing in between, the new Clubman promises to be even longer and more versatile than the previous model.

That's due in part to the emergence of the five-door version of the core Mini Hardtop, which already packs more (or at least more-conventional) doors than the previous Clubman. The new one, then, is expected to go with a similar front-hinged door setup, and keep the split rear cargo doors from its predecessor (and the concept) in place of the smaller model's liftgate.

The sketch was revealed on a promo page for Mini's "Go With Your Gut" campaign. Dark and sketchy as it is, there's little to be told from the teaser rendering above, but you can just make out a different roof design from the show car and an offset exhaust in place of the concept's center-exit pipes. We'll just have to hold on for a while longer to see the finished product. 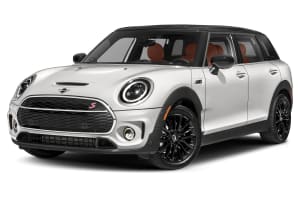 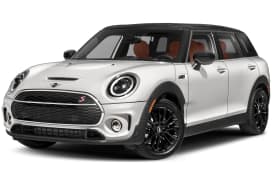 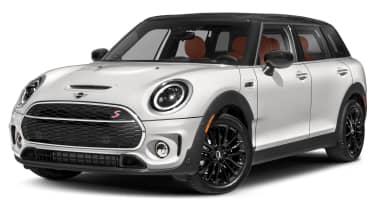 $449 - $525 Nat'l avg. savings off MSRP
See Local Pricing
I'm not in the market for a vehicle at this time. Please move this suggestion to the side for 30 days.
Huge Savings