David Brown Automotive, the British coachbuilder set to introduce its old-is-new-again Speedback at the Top Marques show in Monaco next month, has revealed a bit more of its upcoming offering in a video by XCAR. The Speedback is based on the platform and running gear of the soon-to-be-discontinued Jaguar XKR, with a design heavily influenced by 1960s-era cars from Ferrari, Maserati and Aston Martin.

While we've seen more than a few views of the Speedback, this behind-the-scenes shoot at Envisage Group, the Coventry-based company assembling the first running prototype, gives us a much closer look at the construction, build quality and unique features of the four-place coupe under proper lighting.

Peering inside the vehicle while it is still under construction reveals that the Speedback's handcrafted interior shows a heavy Jaguar/Land Rover influence (understandable, as Alan Mobberley, head of design for David Brown Automotive, was the chief designer of interiors for JLR). All of the modern conveniences are there, yet they've added some interesting touches. Many of the buttons on the dashboard are not plastic, but metal, incorporating tiny perforating holes to allow colored illumination to show through. Most interesting to our eyes is the hatchback's drop-down tailgate, which tumbles open to reveal a picnic seat stored beneath the flat floor.

The Speedback has a polarizing appearance, with some of us liking its retro looks, while others prefer to simply look away. Watch the video below, then let us what you think of the car in Comments. 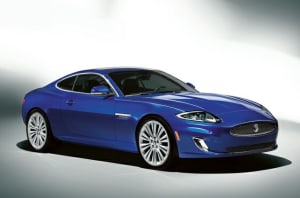