Jeffrey N. Ross
As a part of a plan to double its US export volume by 2015, Nissan started shipping 2014 Pathfinder SUVs from its plant in Smyrna, TN to Australia and New Zealand. These Pathfinders are not only the first right-hand-drive models Nissan has exported from the US, but their 10,000-mile journey through the Gulf of Mexico and across the Pacific is also the automaker's furthest export.

Products from the Smyrna plant are exported to 61 different countries, and Nissan's export volume from the US will account for around 14 percent of its production this year, which is two percent more than 2012. Helping all this is the fact that by early next year, Nissan's production in North and South America will top two million units thanks to added capacity in the US and new plants in Mexico and Brazil. An official video made to look like a news feature joins the press release from Nissan posted below.

IRVINE, Calif. – With significantly increasing production capacity in the United States, Nissan projects its U.S. plants will nearly double the number of export markets it will be able to serve by 2015.

In August, Nissan shipped the first of more than 900 U.S.-built, right-hand drive Pathfinders to Australia and New Zealand. With the addition of these two new markets, Nissan is now able to export vehicles from its Smyrna, Tenn. vehicle assembly plant to 61 markets around the world.

In 2014, Nissan's Canton, Miss. vehicle assembly plant will become the global source for Murano production, creating export opportunities in as many as 119 markets.

"Shipping right-hand drive vehicles half way around the world from Tennessee at one time may have seemed exotic to us, but now it's an increasingly common event on our path to becoming a net exporter," said Bill Krueger, senior vice president, Manufacturing, Purchasing, Production Engineering and Supply Chain Management, Nissan Americas.

The expansion to Australia and New Zealand is just the latest milestone in an aggressive and growing export strategy for Nissan, with 12 percent of U.S. production going to export markets in 2012. Export volumes are expected to approach 14 percent of U.S. production in 2013 as the company continues to localize global products to the U.S. and launch in new markets around the world.

Krueger said: "While we quickly increase our capacity to satisfy local demand in the region, Nissan's U.S. plants have been charged to take a lead role in the production of some of our most important global models. As a result, more American-built Nissan vehicles will make their way to more global markets than ever before."

Over the next six months, Nissan expects to expand U.S. exports of Nissan Altima, Pathfinder, Maxima and Infiniti QX60 models into new markets such as Ghana, Nigeria, Philippines, Vietnam, Israel, Argentina and parts of Latin America. 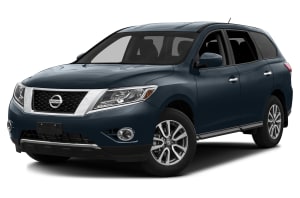