Shelby American has made its name tuning various Ford products, and now the Focus ST can be added to this list. Just introduced at the Detroit Auto Show, the Shelby Focus ST doesn't add any extra horsepower under the hood, but it should still make sizable gains in performance thanks to an upgraded suspension, brakes and exhaust systems. Also on hand at the Shelby display was a widebody version of the powerful Shelby GT500 Super Snake.

Starting with the already-quick Focus ST, Shelby adds Ford Racing suspension components and bigger brakes with cross-drilled rotors, all finished off with a Borla exhaust system incorporating larger, circular outlets. Cheesy body graphics aside, some of the styling enhancements include functional hood vents, a hatch spoiler, unique interior bits and wider wheels and tires. Shelby does mention a tuning option that will increase the engine's 252-horsepower output to more than 300, although no pricing is mentioned. Speaking of price, Shelby says this souped-up hot hatch will carry a "budget minded price" ( *ahem*). What is that you ask? Well, after you buy a 2013 Focus ST from your local Ford dealer (base price: $23,700), the Shelby upgrades will cost an extra $14,995. Production of these cars will be limited to just 500 units.

As for the Super Snake, Shelby is giving the car a wider optional body kit to accommodate the 10-inch front and 13-inch rear wheels. Customer can choose just the wider units at the rear or at all four corners. Opting for a "stock" 662-hp Super Snake will cost $28,995 on top of the cost of the Ford Shelby GT500, and if you're really flush with disposable income, there's a tuned 850-hp version for $39,995 (the widebody package is an extra $14,995). Scroll down for the official press release from Shelby.
Show full PR text
DETROIT – Jan. 15, 2013 – Shelby American, Inc., a division of Carroll Shelby International (CSBI.PK), unveiled today its new 850 horsepower 2013 Shelby GT500 Super Snake "Wide Body" as well as the new performance tuned Shelby Focus ST at the North American International Auto Show. The two cars represent bookends in the lineup of high performance vehicles available from Shelby American.

"Carroll Shelby's innovative and aggressive hot-rodder spirit lives on at Shelby American today. " said John Luft, president of Shelby American. "His Cobra redefined the sports car genre and then Shelby turned what some called a 'secretary's car', the Mustang, into the fire-breathing GT350. A few years later, Shelby practically invented the American 'pocket-rocket' with the four-cylinder turbocharged, front wheel drive Shelby GLH. This year, we're returning to our roots with a pair of game-changing cars that will rewrite the rules for American performance."

Shelby American takes the stock 662 horsepower 2013 GT500 and boosts its performance to a street-legal 850 horsepower while keeping it 50 state emissions legal and tuned on 91 octane pump gas. Adding Shelby's new Wide Body option puts all that power to the pavement, and the rest is history.

"Now with 13 inch rear and 10 inch front wheels that are wrapped in serious rubber, the car launches and handles like the super car it is," added Gary Davis, vice president of production at Shelby American. The optional wide body package isn't just a cosmetic change, it now gives the Super Snake much more traction and makes it easy to exploit the Shelby's potential right past the competition."

Even though the new Wide Body Super Snake will have the chops to lead the muscle car pack, it is the return of Carroll Shelby's beloved "Pocket Rocket" that may be the biggest news in Detroit.

"Carroll Shelby ignored critics who said the turbo four Omni couldn't be an affordable performance car in the 1980s," noted Gary Patterson, vice president of Operations/Sales. "He proved them wrong with an impressive, lightweight four cylinder performer. Ford Motor Company's new Focus ST is the perfect platform for the rebirth of the front wheel drive turbo four cylinder Shelby. It is a car that Carroll wanted to build before his passing and is a worthy successor to his 'Pocket-Rocket' GLH."

Designed in the Shelby skunkworks and tested extensively at Las Vegas Motor Speedway, the front wheel drive Shelby Focus ST is a driver-focused masterpiece of performance with a budget minded price.

New Ford Racing suspension pieces lower the car while the wheels and tires improve grip and traction. The bigger Shelby spec brakes with drilled rotors enhance the stopping power; along with the sound of the Shelby/Borla exhaust makes it uniquely Shelby. Inside, the car has a complete Shelby branded custom interior, Shelby shifter and finished off with the unique Shelby CSM badge. On the outside, the Shelby is easily identified by its functional hood vents, hydro-carbon front and rear grille inserts, Shelby lettering and rear Hydro-carbon spoiler. Three visual graphics packages are offered, ranging from "traditional" Shelby stripes to more edgy Shelby checkered flag splash or competition graphics. Under the hood, Shelby American adds stylish hydro-carbon components and is developing an optional performance tune expected to significantly increase horsepower.

Shelby American is now accepting orders for the limited edition cars. Interested parties should contact their sales team at (702) 942-7325 or visit. 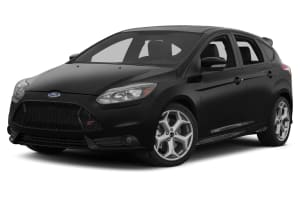