See the resemblance? This sneaker is inspired by the 2021 Lexus IS

It's Lexus Grecian Water blue and has a carbon fiber spoiler

We can all rest easy at night, now that one of the world's great questions — What would a Lexus IS look like if it were a shoe? — has been answered. Lexus has collaborated with streetwear brand RTFKT to make a sneaker inspired by the 2021 Lexus IS.

The project is part of a Lexus campaign called "All In" that celebrates people who are passionate about their craft. For the cynical, you can read this as a campaign that uses influencers in non-automotive fields to put the IS in front of a new audience and attract younger customers to the Lexus brand. 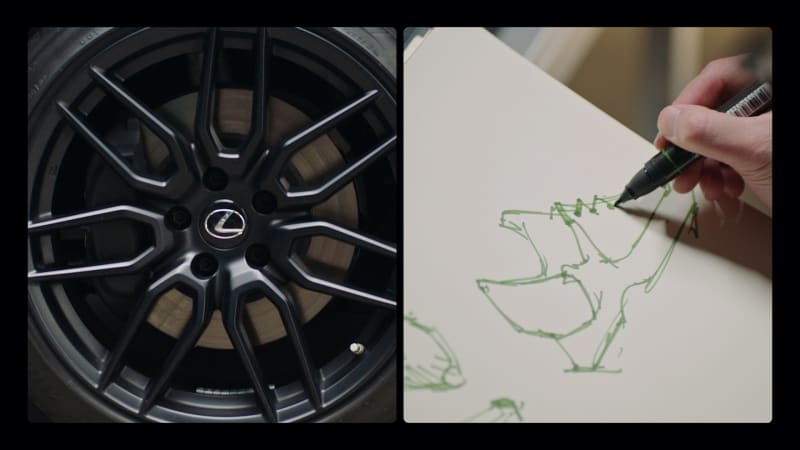 RTFKT calls themselves the first sneaker company to spring from the world of gaming. Their footwear leans towards the fanciful and futuristic styles typically found in video games, and a quick glance at their website presents the shoes as digital items of varying rarity that you might find in a game. RTFKT's creative director Chris Le said, “We wanted to make sure when the audience looks at the sneaker they instantly know it is the IS.”

We're not so sure about that, though. If it weren't for the Lexus F Sport logo on the side, Lexus badge on the Velcro strap and the model name embossed across on the back, we'd have a hard time guessing it had anything to do with a now-472 hp Japanese sports sedan. 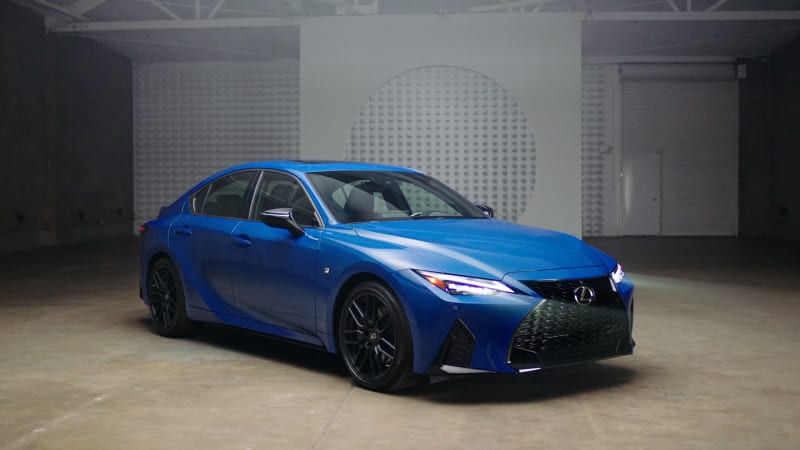 RTFKT explains that certain design elements inspired by the car. The chunky sole in black evolved from a tire, for example. The front of the shoe is said to be a version of Lexus's trademark spindle grille (though we're not really seeing it). A 3D-printed carbon fiber-pattern "spoiler" on the back of the sneaker gets closer to the Lexus's actual decklid wing.

The sneaker's sides use the Black NuLuxe material of the car's interior with light gray stitching from the seats. The middle silver stripe was "inspired by the details of the headlights," though given the "L" shape of the "L" DRLs on past Lexus IS sedans we're surprised the collab isn't with Nike. To be fair, the new IS's DRL integration is much more pleasant to look at. Lastly, the Grecian Water blue color, one of the signature paints on the new IS, features throughout the shoe. 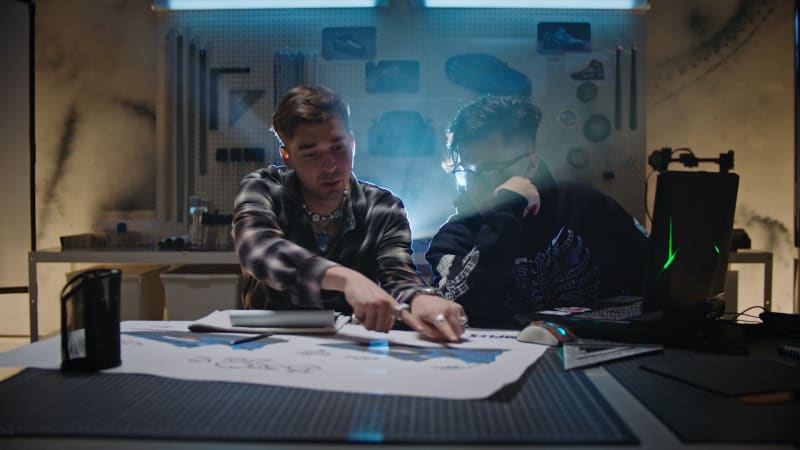 “All the intricate design elements come together, and at a first glance it’s a neckbreaker,” said RTFKT CEO Steven Zaptio. We are probably in no place to comment the veracity of that statement, but then neither is anyone else. As it turns out, no one will ever wear it, because it's a one-off that will never go on sale. 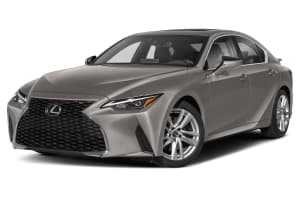