The early Mazda RX-7 was one of the few bright spots for sports-car shoppers during the Malaise Era, a lightweight and simple rear-wheel-drive machine with a screaming Wankel engine under the hood. Even though it was designed mostly as a means of getting Japanese car buyers a loophole to keep their engine-displacement-based road taxes low, the early RX-7 sold well in North America. I still find these cars during my junkyard travels, but the 1981-1983 FB-series RX-7s have been getting scarce in recent years. Here's a very solid '82 that showed up in Denver during the winter. 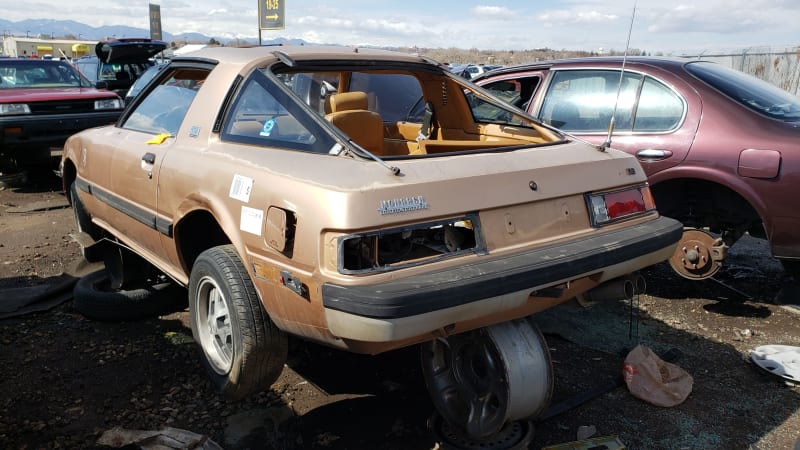 Japanese cars of this era tended to rust early and often, but this one appears to be absolutely corrosion-free. 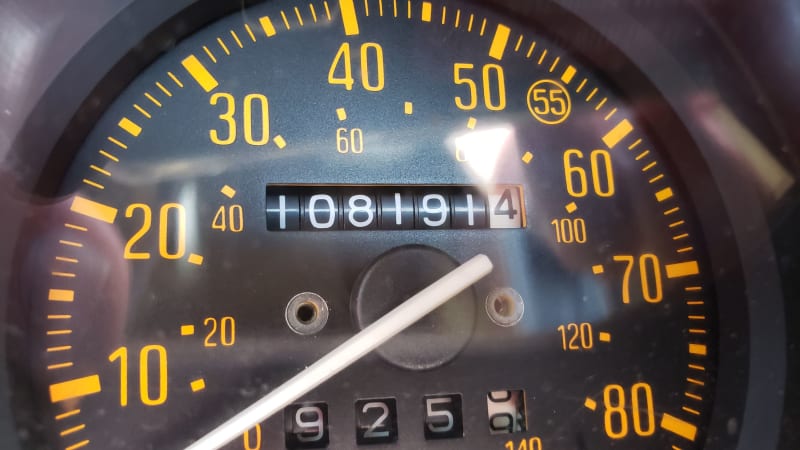 The odometer shows just a hair over 100,000 miles, so I'm guessing this car spent decades in covered storage. 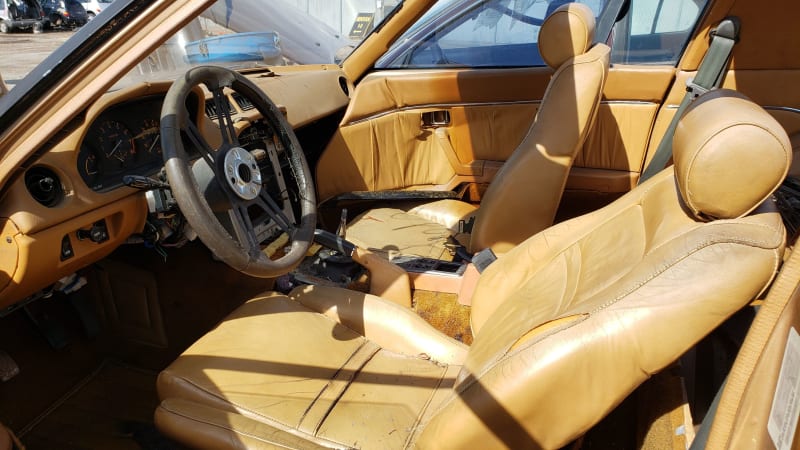 The seat leather shows a few rips, but the interior looks pretty good overall. The body has some dents and dings, nothing serious. It wouldn't have taken much to get this car back on the road and looking good. 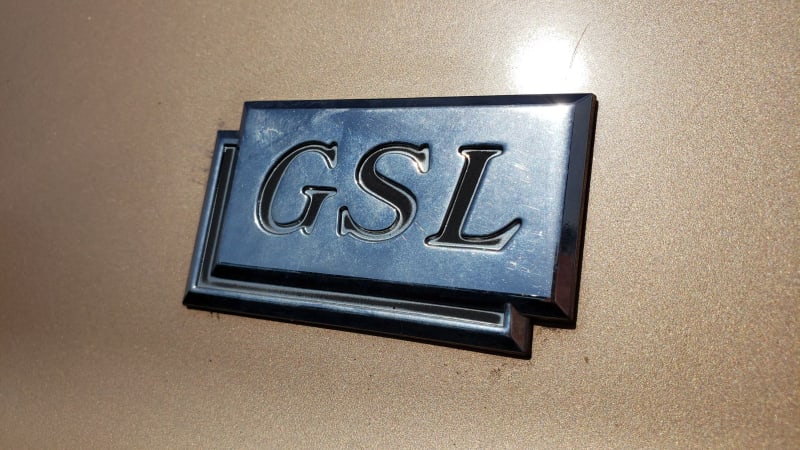 The GSL package got you four-wheel disc brakes, a limited-slip differential, and these cool-looking pillar badges. 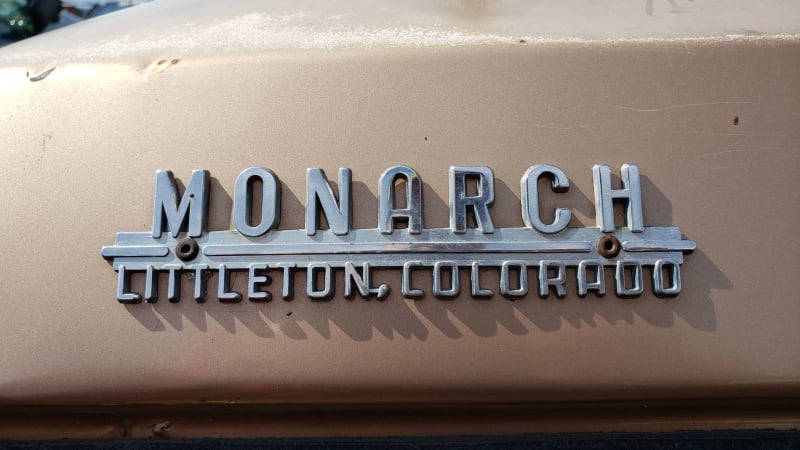 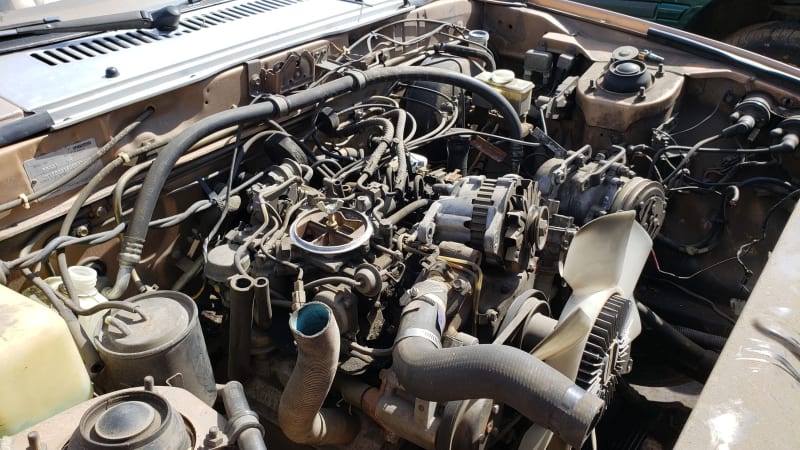 The 12A rotary engine in this car made 100 horsepower from just 1.1 liters of displacement, putting smiles on the faces of those Japanese road-tax payers. Unfortunately, fuel consumption was scary, particularly in the immediate aftermath of the 1979 Oil Crisis. 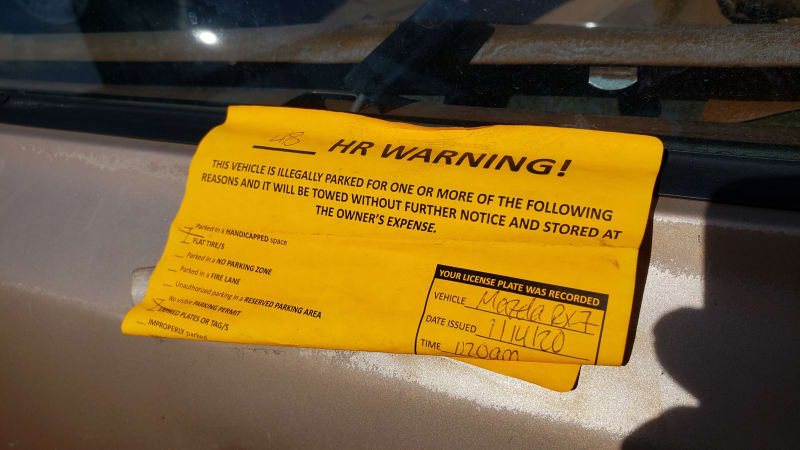 Why did this car end up in a place like this? It was found in an office parking lot with a flat tire and expired registration tags and towed away. Then it failed to attract any bidder interest at the subsequent auction and U-Pull-&-Pay picked it up for next to nothing. 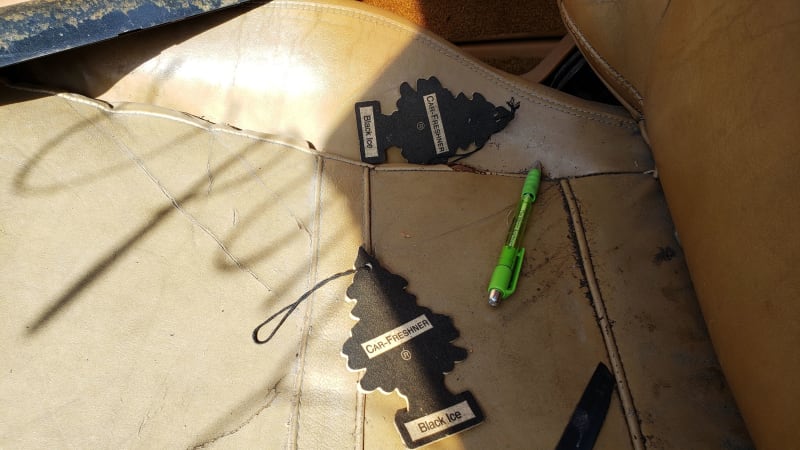 So, if you ever wanted an early RX-7, buy the next cheap one you find before it meets a fate similar to that of today's Junkyard Gem.

Known as the Savanna RX-7 in its homeland.

Just the car for tough-looking gaijin who appear to have stepped out of 1960s cigarette ads.

In the days of the 55 mph national speed limit, American-market car advertising had to refer to 0-50 acceleration times.

Even though its chassis was very similar to that of the early Mazda GLC, it still met with approval by the extremely blond natives of Germany's Black Forest.