The steps on Alfred Sloan's "Ladder of Success," in which you'd start your career by buying a Chevrolet and then move up through the GM marques as your wealth increased, stayed rigidly fixed from the 1930s into the late 1960s. By the early 1970s, though, "prestige creep" among The General's divisions had set in, with lower-zoot marques leapfrogging their betters with ballooning price tags and snob appeal; a fully-loaded Chevy Caprice could cost more than an Olds 98, a Pontiac Bonneville could out-snoot a Buick LeSabre, and the LeSabre itself came to threaten mighty Cadillac at the top of the GM pyramid. Here's a fully depreciated '73 LeSabre Custom Hardtop Sedan, once the picture of Malaise Era opulence but now brought down to earth in a San Jose self-service car graveyard. 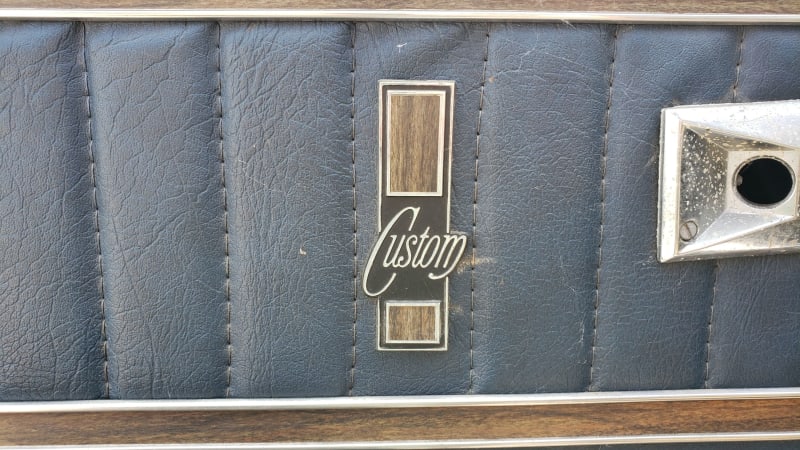 The high-rollingest of all LeSabres in 1973 was the Custom (though shoppers for full-sized 1973 Buicks really wishing to rub the noses of their lessers in their success could opt for the even pricier Centurion or Electra 225), and that's what I found among the Achievas and Cateras of this yard's GM section. 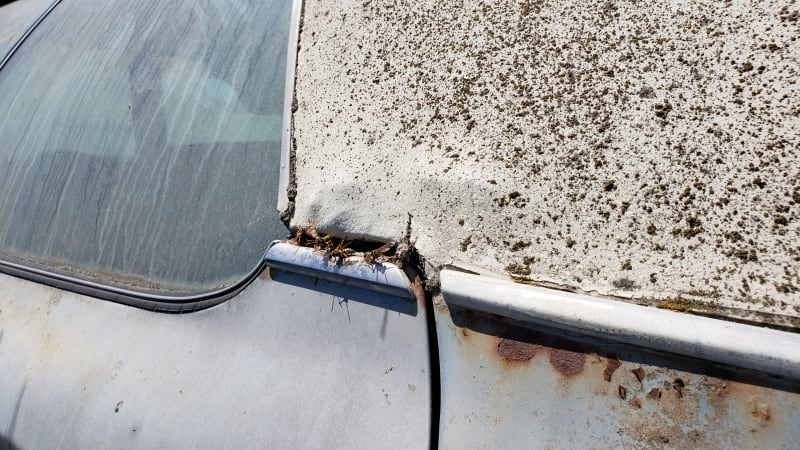 Wasps now nest in the rust holes caused by rainwater seeping beneath the padded vinyl roof, but this car once told the world, "I've made it!" 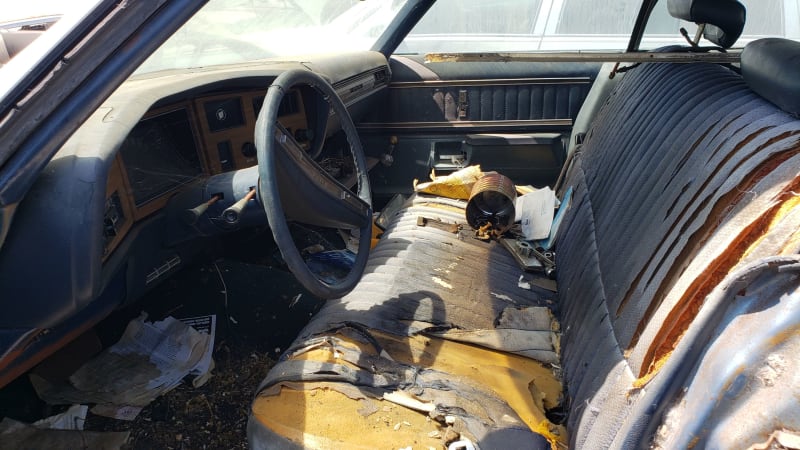 It went without saying that your big, comfy Detroit luxury sedan had a big, comfy front bench seat; let those frivolous rakehells in their Rivieras have their bucket seats. Believe it or not, a three-on-the-tree column-shift manual transmission was still standard equipment on the lower-level Buick Century in 1973, but all LeSabre buyers enjoyed two-pedal luxury that year. 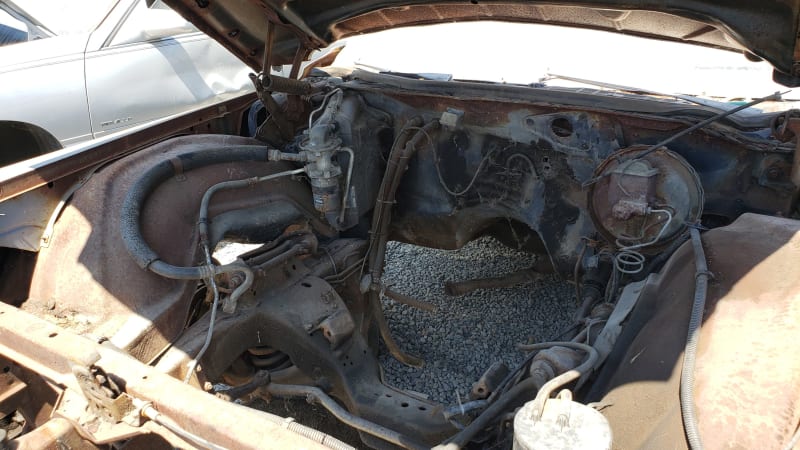 Some junkyard shopper grabbed the massive 455-cubic-inch (7.5-liter) V8 — rated at 225 horsepower, due to Nixon's stricter emissions standards and the switch from gross to net horsepower ratings — before I got here. 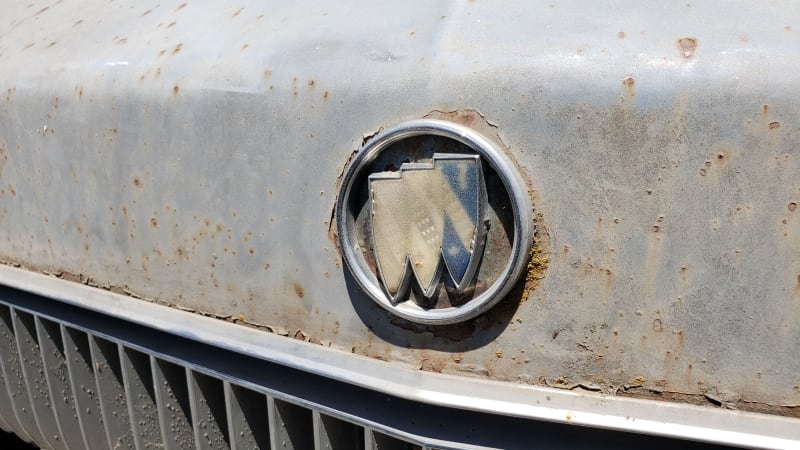 I'm guessing this car got driven into the ground by the early 2000s (there's a 2001 calendar inside) and then spent the next couple of decades bleaching in the harsh South Bay sun before arriving here. 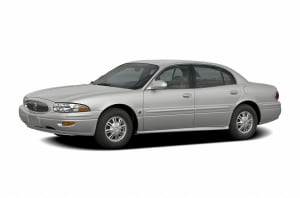