Will attaching the electrodes re-animate Cadillac?

Gary S. Vasilash
This announcement last week from General Motors —" Cadillac will be GM's lead electric vehicle brand"— followed quickly by the surprise reveal Sunday night of a Cadillac EV crossover, leads one to wonder whether this is a case of GM pulling out the defibrillator and hoping a full-on jolt of electricity will revive Cadillac from its ongoing diminution in the market.

Sure, part of Cadillac's problem — one shared by some other OEMs — is that its sedans aren't selling. But if we put those to the side, realize that in 2018 sales of the venerable Escalade were down by 2.2 percent. Admittedly, that rig is a little old in the grille, and it's suddenly gotten strong competition from the Lincoln Navigator, so a sales decline isn't too surprising.

But the XT5, the compact lux vehicle that was launched in 2016 as a model-year 2017 product, had an 11.3 percent decline in a segment that is doing nothing but growing. This is not promising. 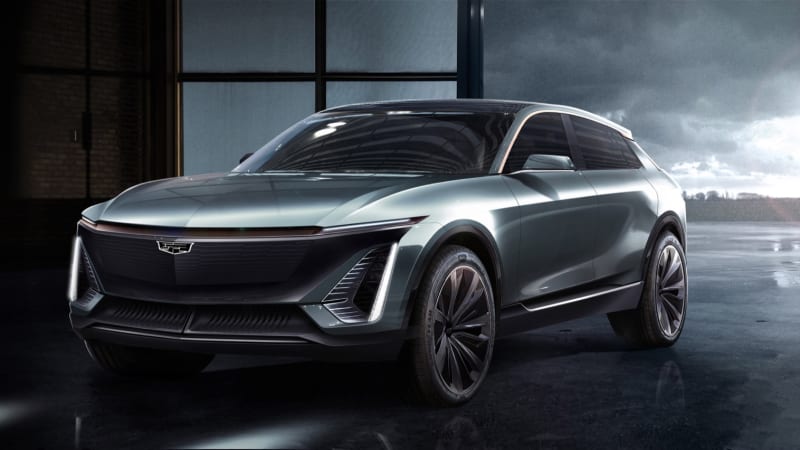 Although the argument at GM HQ might be that Cadillac can reinvent itself as a Tesla fighter, one of the things that isn't often noted about Tesla vis-à-vis other OEMs is that while sedan sales are generally down, Tesla, which had an estimated 2018 sales volume of 197,680 (according to Cleantechnica.com), made its numbers primarily with the Model 3 and Model S, both sedans, as it has just the Model X crossover. So it isn't just about vehicle architecture. It is going to take more than an electric SUV to change Cadillac's performance.

But here's where circumstances can fall in Cadillac's favor.

Scale can be highly beneficial to Cadillac versus Tesla. The Chinese market, even though it is weakening of late, will be largely predicated on "New Energy Vehicles," which means electrified and fully electric. And while Tesla only just now broke ground on a factory in China, LMC Automotive reports that as of December 2018, SAIC GM is already well-established there and is the third-largest vehicle manufacturer in China (behind SAIC Volkswagen and FAW Volkswagen).

Cadillac is going to be able to take advantage of GM's global efforts in developing EVs, so soon the Cadillac showroom could be filled with an array of luxury EVs that may make even Tesla loyalists take another look.

However, there is something else that needs to be considered: the two manufacturers in China that are ahead of SAIC GM — both Volkswagen-related.

The Cadillac crew can't lose sight of the fact that the folks in Ingolstadt are as keenly interested in getting their electric vehicles rolling, especially in China, which is by far its biggest market: In 2018 Audi delivered 663,049 vehicles in China, greater than its sales in Germany (260,456) and the U.S. (223,323) combined.

Maybe the ones who are really going to need the defibrillator paddles are at Tesla.