During the 1960s, the most mainstream possible vehicle for American streets was a GM-built sedan, either a full-sized B-Body or a mid-sized A-Body. These cars flew out of showrooms by the millions during the decade, and the angular 1964-1967 A-Bodies (including everything from the affordable six-cylinder Chevrolet Chevelle to the maniacal Pontiac GTO) remain sought-after by collectors to this day... provided that they're two-door hardtops. The post sedans just don't get much attention in 2018, and that's why this fairly solid 1964 Buick Special sedan didn't get rescued on its way to this sorry fate in California. 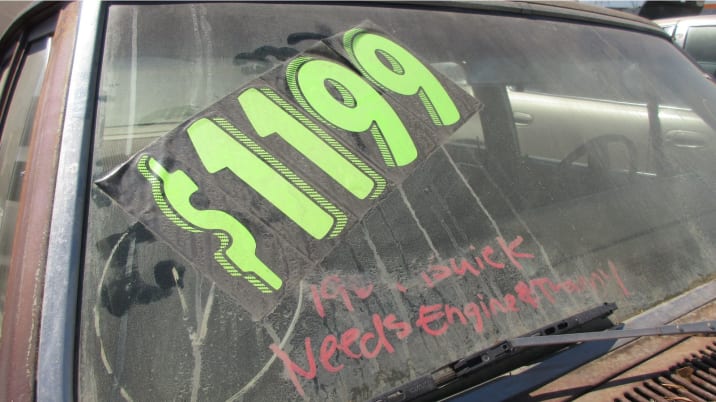 Its final days before it washed up in this self-service wrecking yard, nestled between GM iron a third its age, some used-car lot failed to get $1,199 for this '64. 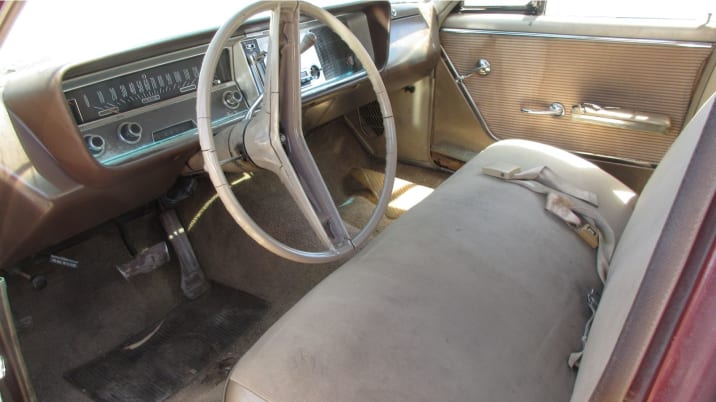 The interior looks good, much better than what you'll see on most unrestored cars with better than a half-century on the calendar. If this car had been a Skylark two-door hardtop, its story would have had a happier ending. 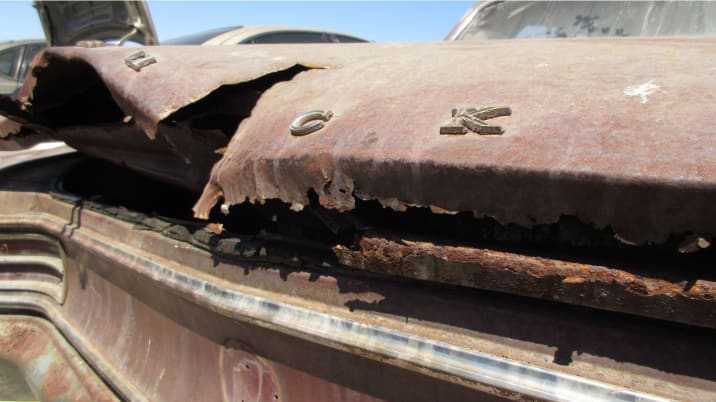 The decklid suffers from the kind of rust that California cars get when they sit outside for decades and the weatherstripping goes bad, and then someone at the junkyard pried it open to look for trunk goodies. There's likely to be more rust under the window trim, too. 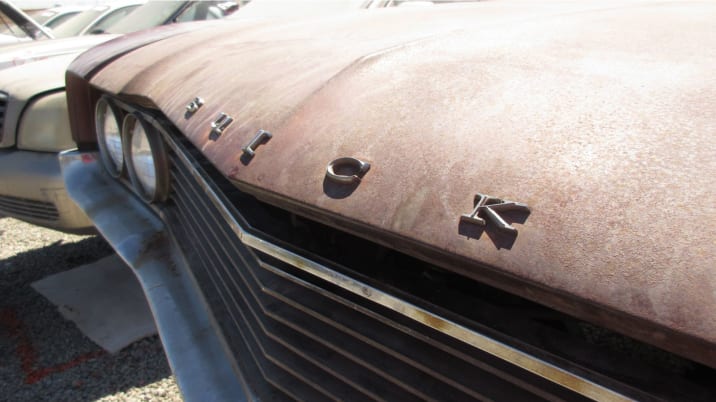 The engine was long gone by the time I got here, but it would have been a 225-cubic-inch V6 or a 300-cubic-inch V8 when new. The upscale 1964 Skylark was the same car, mechanically speaking, but it a more luxurious interior and snazzier body trim.

The car that follows the fun anywhere... and above all, it's a Buick!