This is the most performance-focused model below the GT3 The sports car benchmark for a reason. A brilliant driver with practicality and comfort. Only downsides are ergonomic quirks and prices that can balloon at a remarkable rate.

9.5
View All Specs
From the base Carrera all the way to the bonkers GT2 RS, there's a Porsche 911 for any and every enthusiast. The 2018 Porsche 911 Carrera T is one of the newest and is currently the lightest 911 model, ditching things like door handles and some sound-deadening material and using thinner glass to shave pounds here and there. It might not make any more power than a base 911, but with the extensive weight loss program, it doesn't need it.

With a base price of $103,250, the Carrera T slots right in between the base Carrera and more powerful Carrera S. In addition to the weight savings, the Carrera T packs shorter rear gearing (versus the base 911), PASM Sport Suspension and improved front aero. Our tester is light on options with the two most notable being rear-wheel steering for $2,090 and PDK for $3,730.

Senior Editor, Green, John Beltz Snyder: After getting out of a 911 GT3 recently, the 2018 Porsche Carrera T felt relatively tame. Compared to most other cars, though, it's still quite a hoot. It's a pretty pure distillation of an amazing driver's car.

I like the bare-bones, no-frills feel of it, but the T treatment didn't really do much to improve my focus on the act of piloting the car. Any 911 has the same turn-off-the-radio-and-just-go effect on me. If it was louder due to the reduction of sound deadening, I didn't notice. In fact, I kind of forgot I was driving the T until I went to get out of it and reached for the cloth door pull.

I'm glad Porsche offers the T, even if I personally didn't notice much of a difference. As the top brass at Porsche knows, 911 customers like options, and a stripped-down, lightened 911 certainly has its intellectual appeal. For the purist with a taste for the subtle details, it's a pretty cool offering. 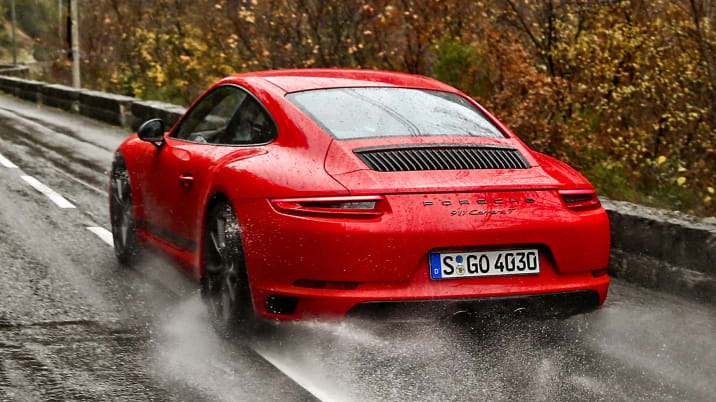 Contributing Editor James Riswick: Like others here, I had a hard time really telling the dynamic differences between the Carrera T and any 911 with a comparable engine and available mechanical components. Without back-to-back drives, or perhaps without already owning a 991.2 911, I'd be impressed if you could. The shorter constant transaxle ratio, the 11 fewer pounds, the ... wait, that's pretty much it.

That said, there is one key difference that is noticeable: the noise. With the rear seat removed (optional) and a bunch of sound deadening ripped out (that's standard), the Carrera T lets in far more noise than a regular 911 Carrera. In the past, that would've meant a wealth of amazingly mechanical high-pitched clattering of a naturally aspirated flat-six. Today, however, you mostly get an increase in whooshing and whirring from the turbocharger attached to a flat-six. Honestly, that's not really bad, either. If you like lots of engine noise, it's still a plus. If you like lots of exhaust noise, too, well you're in for a treat because there's also less stuff in the way of hearing the standard Sport Exhaust. In its loudest mode, it snarls when accelerating hard and crackles when braking. It's fun without being overly contrived as in a Jaguar or Mercedes-AMG.

Essentially, the 911 Carrera T is the equivalent of a chef's choice menu at a restaurant. Porsche has opened up its pantry and picked out the ideal optional components to create an ideal 911 Carrera for driving purists. By doing so, it makes it easier for you to order, saves you a couple bucks in the process and allows you the exclusivity of owning something even more special than a regular 911. Telling the difference really isn't important. 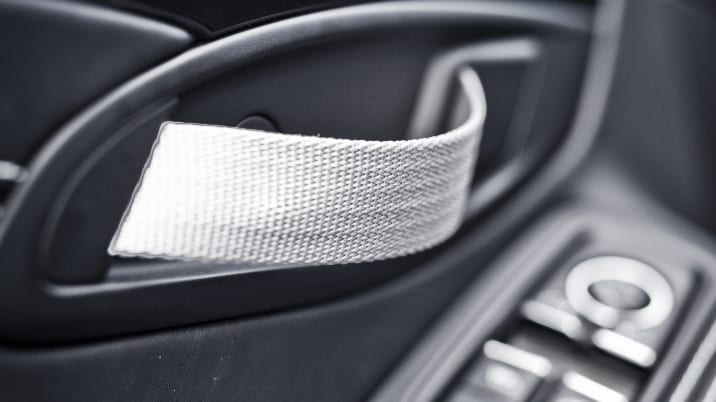 Associate Editor Joel Stocksdale: The Porsche 911 Carrera T is really the ideal 911 in many ways. It's the base model, which has just the right amount of power: enough to put you in your seat, but not so much that you're scared or risking jail time when you use it all. And it comes with lots of performance goodies. It has the Sport Exhaust as a standard feature, which gives it the angry growl and pops that you want in a performance car. It has a limited-slip differential with torque vectoring to make the most of what power it has. You can even add four-wheel steering if you want. And of course, it's the lightest 911 available (by 11 pounds).

My primary complaint, though, is that all of the 911 T's parts aren't available a la carte for the regular 911. Instead, it's an $11,000 upgrade, which doesn't include the four-wheel-steering. If I were creating a 911, I would skip the weight savings and revised gearing, but keep the exhaust and limited-slip differential, which surely would be cheaper than the whole shebang. Even so, I would probably still spend all that money to get the T. It's one of the sweetest sweet spots on the 911 spectrum, even if it's a touch pricey.