2019 718 Porsche Boxster Spyder spied with the roof down

The testers had good top-down weather

Now that we're entering summer, the weather has become ideal for convertible driving, and Porsche testers seem to agree. A 2019 718 Boxster Spyder was spotted testing with its complex — but lightweight — soft top lowered.

While the new pictures don't offer any major revelations about the car, there are a few details to behold in addition to its sleek silhouette. We do get a better look at the forward part of the engine cover. It looks very much like the last version, with humps that rise nearly to the height of the plastic hoops behind the seats. Between the seats are a tiny little wind blocker, and there's a short panel that spans between the humps to house the third brake light. Also like the old model, the black plastic areas where the top clamps down appear to have "Spyder" badging, but the badges are covered by black tape.

As with previously seen Spyder prototypes, this 718 has the new black taillights with slim LEDs inside. It also has a GTS front bumper and a rear bumper with a much more aggressive diffuser and separated dual-exhaust tips.

Rumor has it that this Spyder will continue to use a naturally aspirated flat-six, rather than a high-output version of the standard 718 Boxster's turbocharged flat-four. This is also supported by the fact the next Cayman GT4 will have a naturally aspirated engine. Exactly which six-cylinder will be used is the question, since it could be an updated version of the old 3.8-liter engine, or it could use a detuned 4.0-liter engine from the 911 GT3. 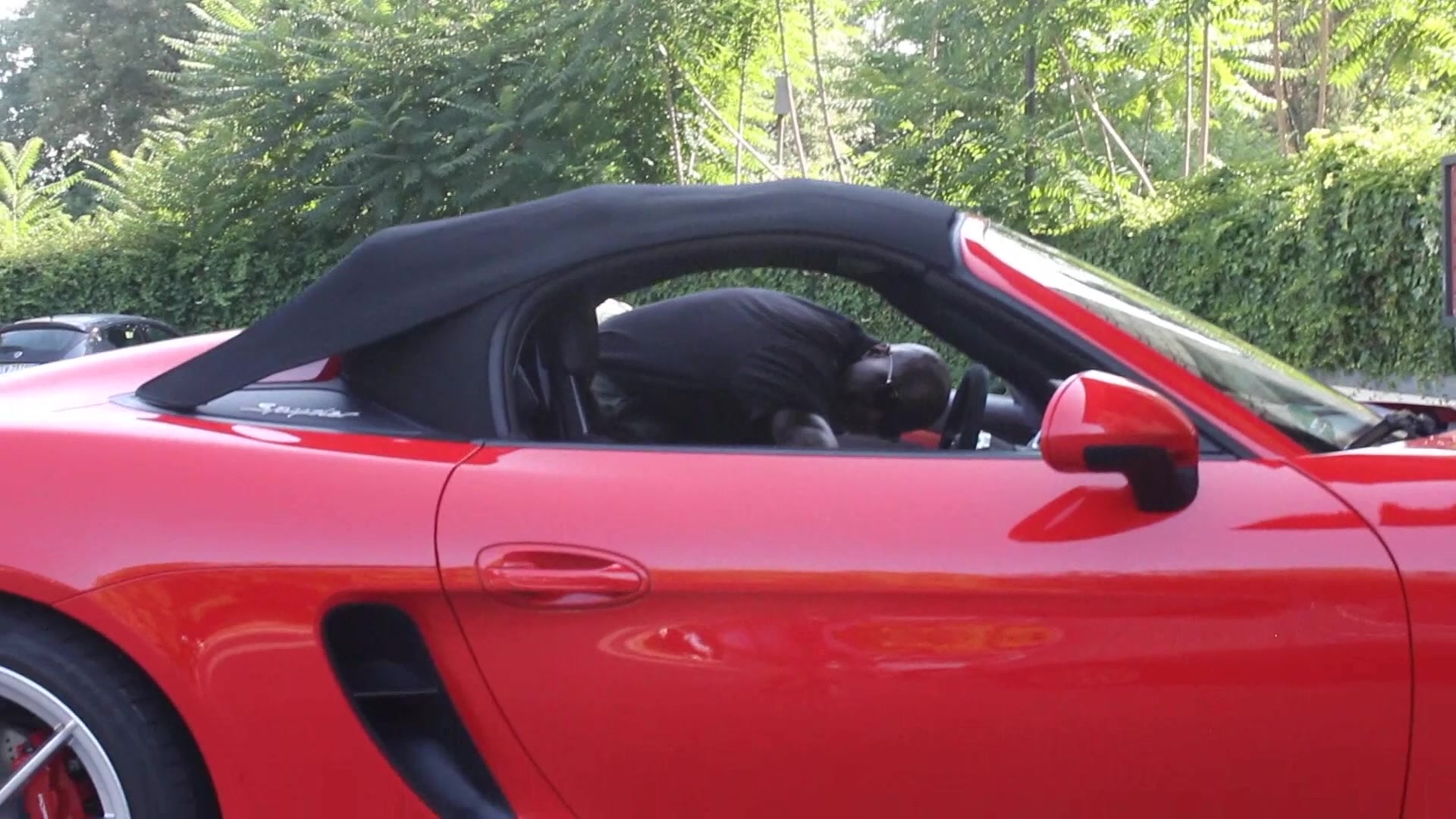