Why give Thule all that money when plywood is cheap?

Before there was the Impreza, there was the Leone. Sold in the United States at first as, simply, The Subaru, the Loyale name appeared on the last few years of the third-generation Leones. Here's a final-model-year example of the Loyale wagon in a Denver wrecking yard, complete with rust, outdoorsy-activity-themed stickers, and interesting homebuilt plywood upgrades. 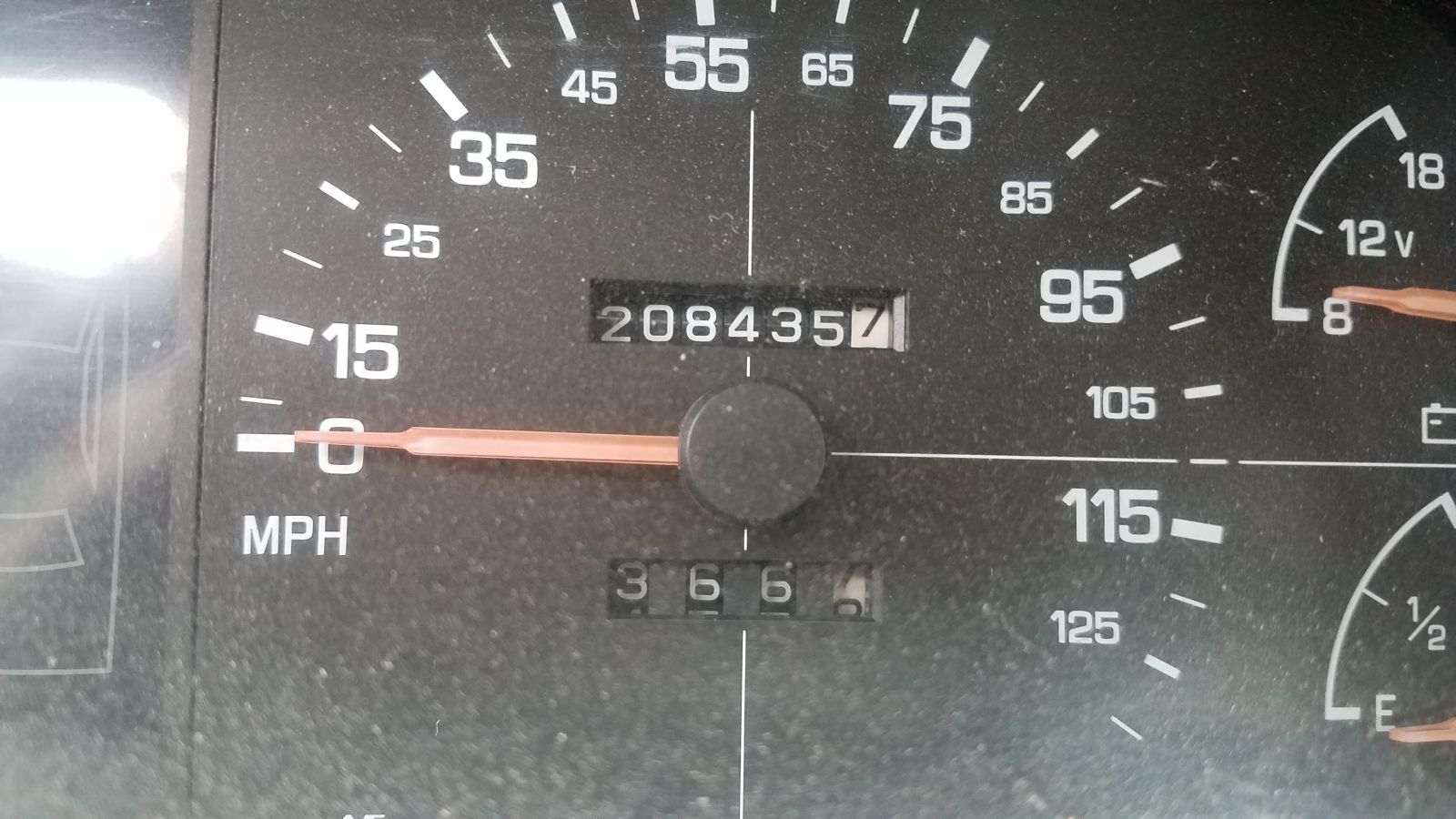 These cars weren't quite as sturdy as their successors, but this one reached the magical 200,000-mile mark during its quarter-century on the roads and trails of Colorado. 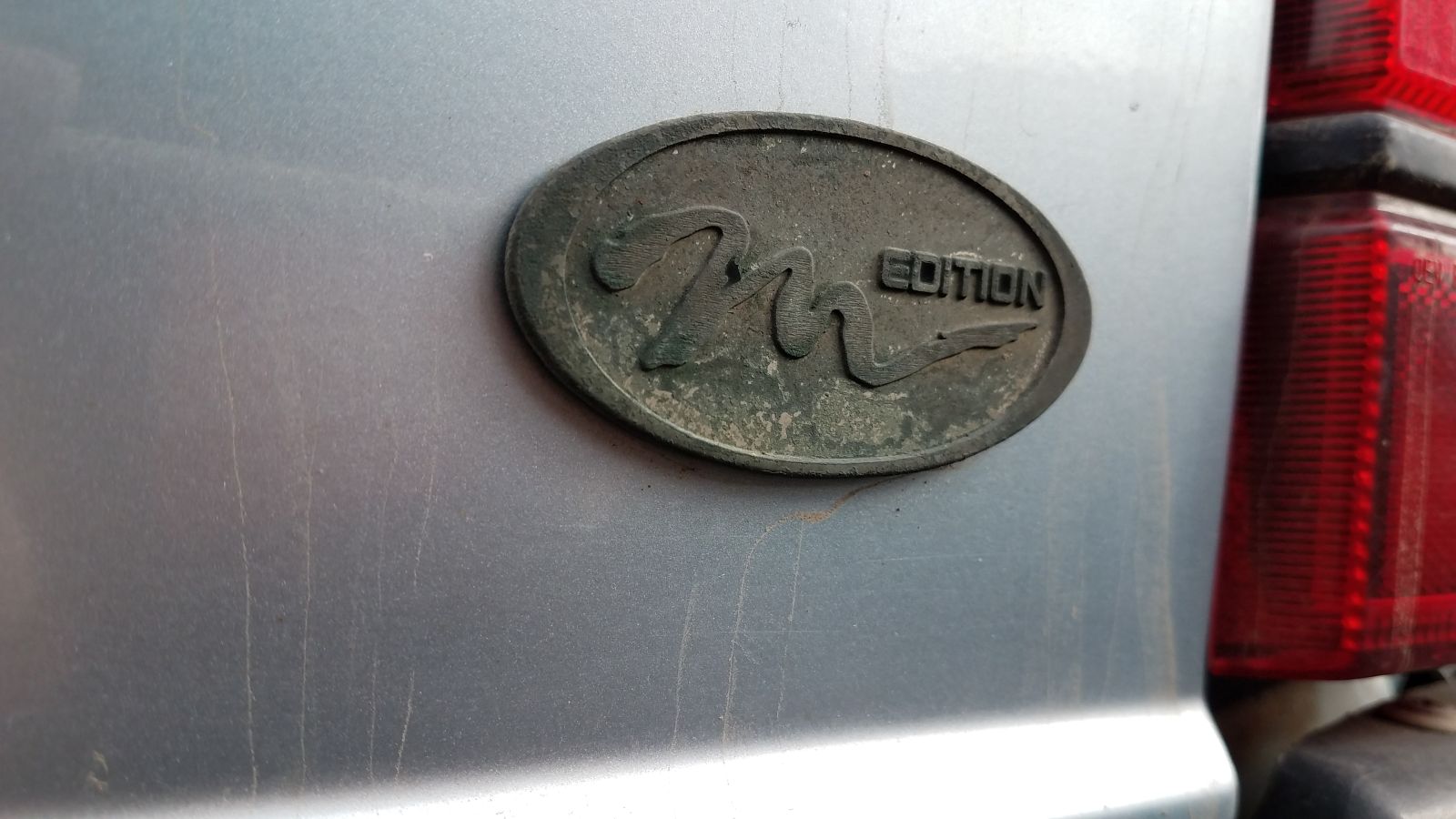 For some reason, there's a mid-1990s Mazda Miata M Edition badge on the tailgate. Some Colorado Subaru dealerships sell "Rocky Mountain Edition" option packages, so perhaps this was the Loyale owner's way of joining the exclusive club for owners of Subarus with snow-grooved floormats and ski-friendly roof racks. 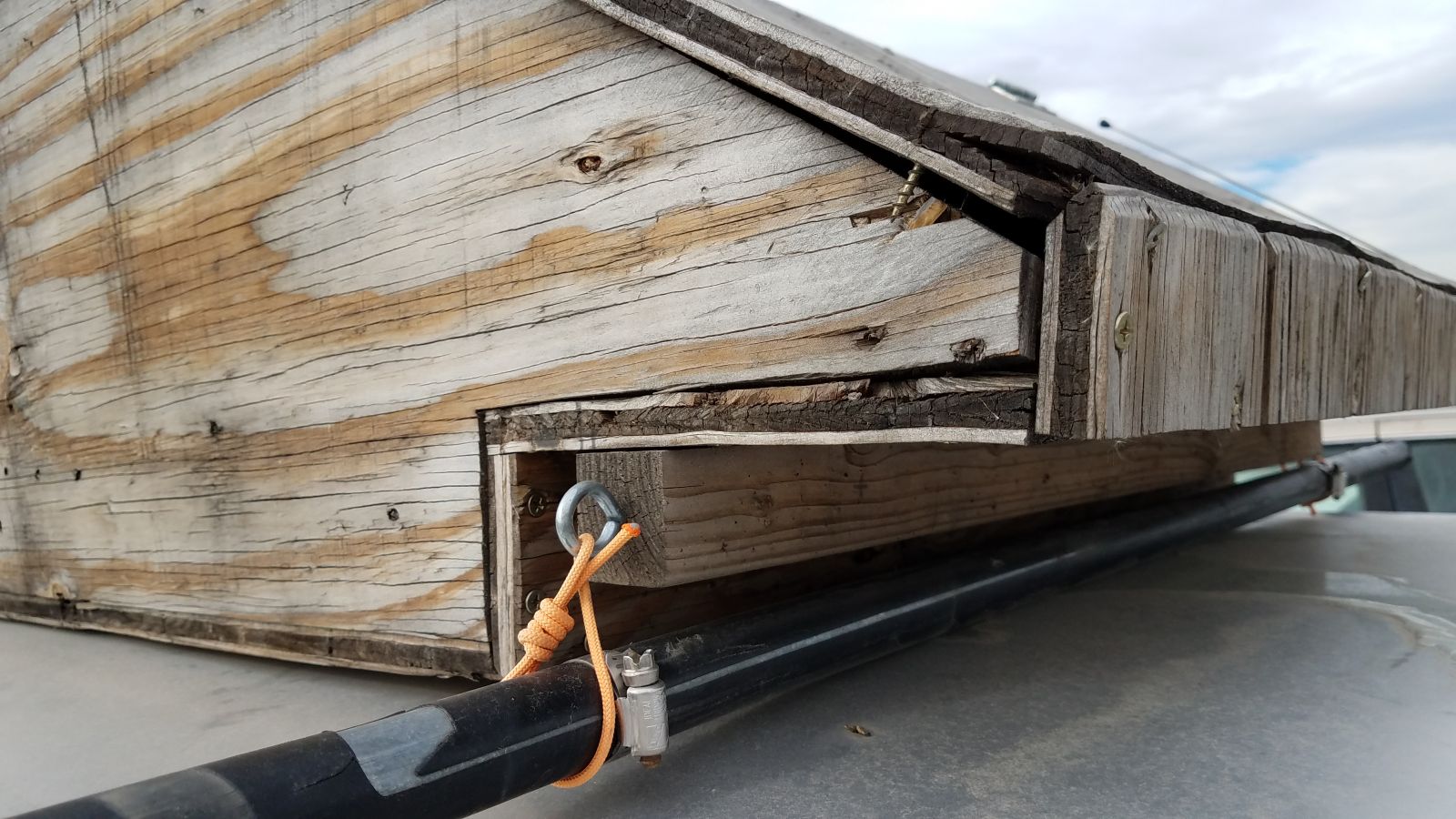 In keeping with that theme of homebrewed upgrades, this car has a plywood version of the roof-mounted cargo carriers so popular with local Outback owners. Sure, it's a bit heavy and the lack of paint reduced its lifespan, but it got the job done. The skinny twine holding the box to its plumbing-pipe mounts looks a bit scary; I'd hoped to see some hefty lag-bolts going through the roof's metal into the box's underside, but did not find any such hardware. Tailgating this rig would not have been advised. 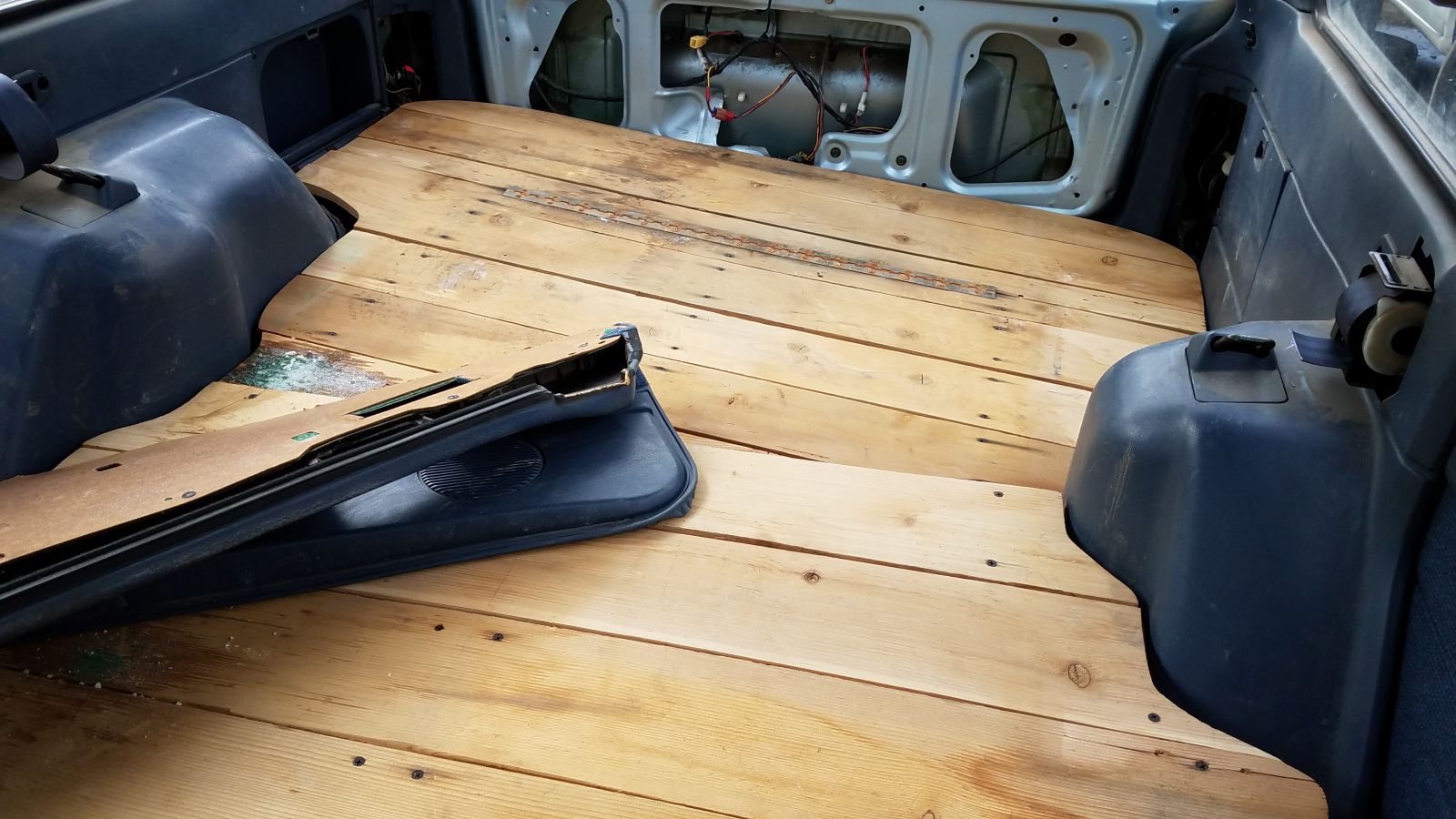 Inside, a sturdy wooden floor covers the rear-seat and cargo area. Just the thing for lots of bicycle parts or camping gear! 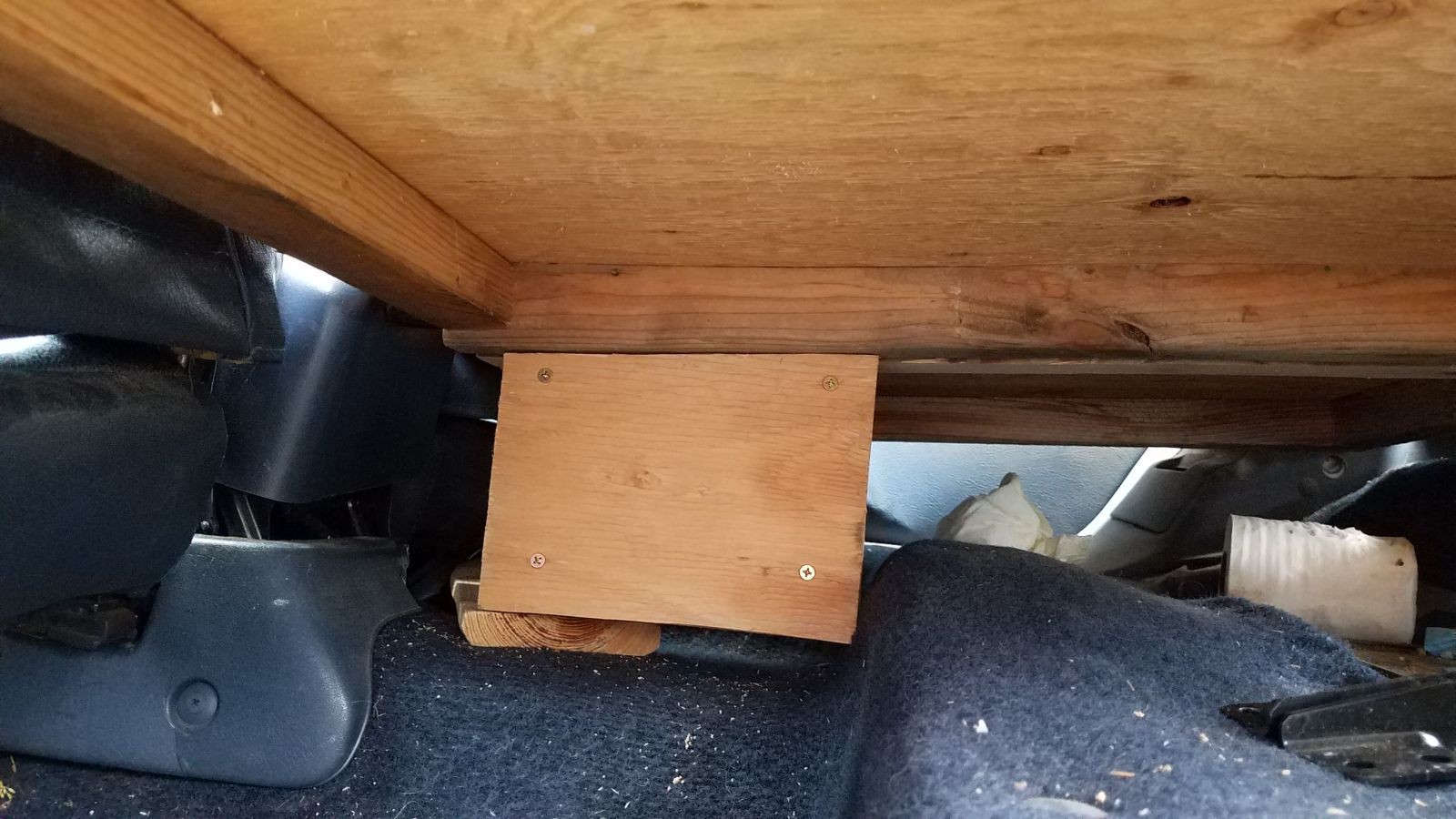 It's those little details that make an installation like this work best. 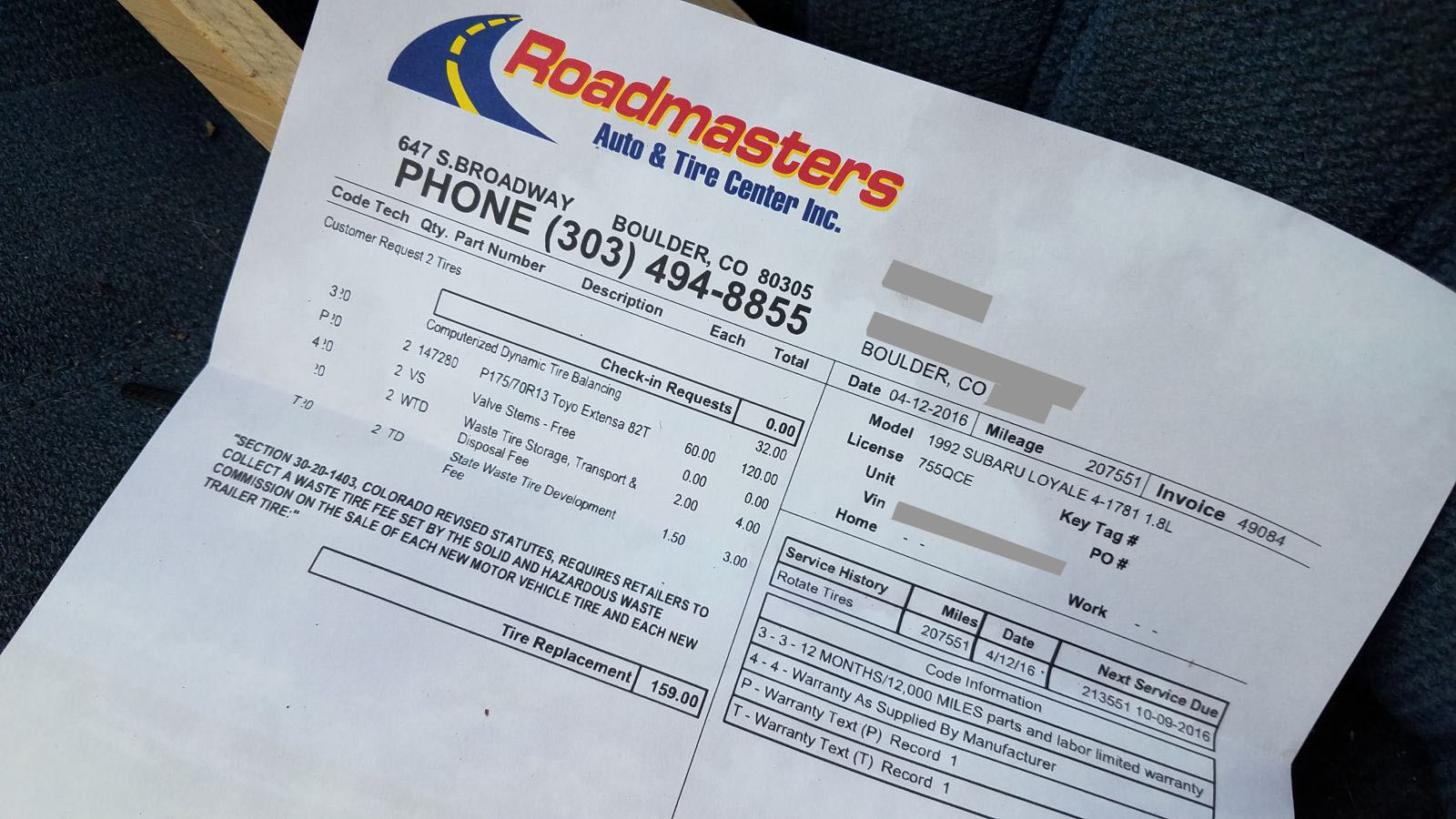 A tire receipt from last year shows that this car lived in even-more-Subariffic-than-Denver Boulder, and that it was still running and being maintained in the recent past. 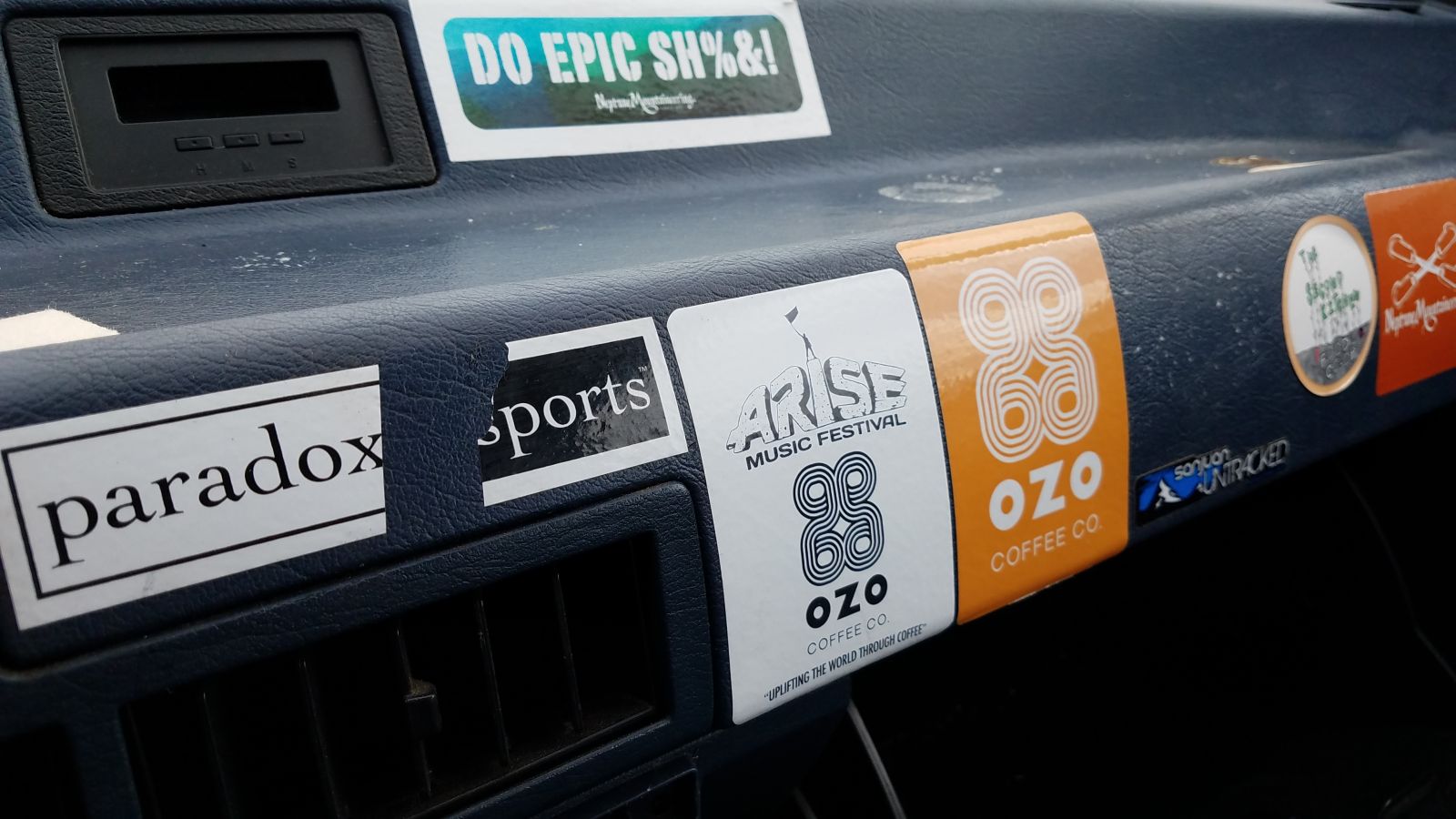 Unlike nearly all retired Subarus of this era that I see in Denver junkyards, this one has not a single cannabis-dispensary sticker on the dash (in stark contrast to, for example, this THC-saturated '84 GL wagon). None of that lung-capacity-destroying weed for this Subaru, no sir— just healthy outdoor adventures! 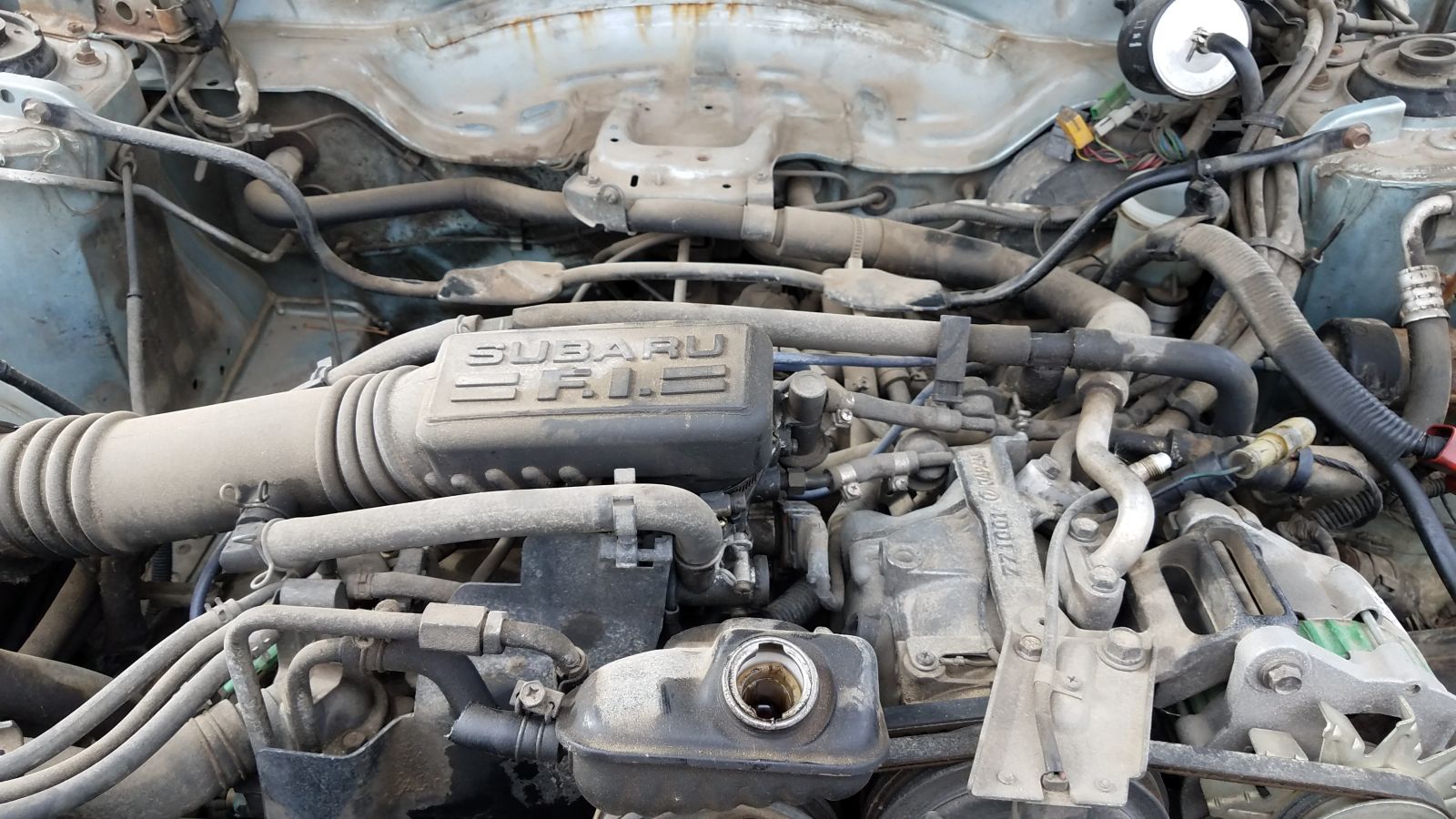 You could still buy front-wheel-drive Subarus in 1992, but this one is an all-wheel-drive car with 5-speed manual transmission and 90-horse boxer-four engine.

Before Subaru pitched their wagons as outdoor-activity-enabling adventuremobiles, they were sold as practical family haulers.