Nissan's ProPilot Assist definitely isn't an autopilot, but is still quite useful

Joel Stocksdale
When the next-generation Nissan Leaf is launched in the near future, it will feature Nissan's ProPilot semi-autonomous technology. The system was already available in Japan on the Serena minivan, but the Leaf will be the first Nissan in America to feature it. Fortunately, we didn't have to wait for the launch of the Leaf to try it, since Nissan fitted the system to some Rogue crossovers for the press to experience (Nissan's representatives did say that it has no plans to offer it on the Rogue, yet, though the implementation here seemed close to production ready).

How does it work?

Nissan's ProPilot Assist is classified as an SAE Level 2 semi-autonomous driving feature. What this means is that it offers only partial automation, and the driver still has to maintain attention and engagement with the task of driving. Nissan emphasized this, too, saying that this is not something where you can take your hands off the wheel. However, what automation it does have is fairly comprehensive. While remaining in one lane, the car will manage the steering to keep the car in the center. The adaptive cruise control can bring the car to a full stop, and then resume acceleration when the vehicle in front of it begins moving again. This automated steering relies on a single camera, which on our test Rogue was mounted in the windshield ahead of the rear view mirror. The adaptive cruise control uses radar sensors behind the front fascia.

Operating the system is extremely easy. It hardly takes any more input than setting cruise control. In fact, turning on the cruise control is the first step. After that, the driver presses the Nissan "Safety Shield" button, which has an icon of a car surrounded by radiating circles. On the instrument panel screen, this will bring up grayed-out icons of a steering wheel in the upper left corner and lane markers on either side of the car icon. Then you set your cruise control speed, and within a second or two, the camera will recognize the lane markers and provide steering assistance. Turn on cruise, turn on Safety Shield, set cruise, and you're done. If you need to change lanes, switching on the turn signal and turning will temporarily disable the steering assist, but once you've changed lanes, it will automatically turn back on once it finds the lane marks again. Hitting the brakes will also shut all aspects of assistance and cruise control.

First off, it really is as easy to activate as described above. It's no more complicated than any other adaptive cruise control on the market. And the automatic resumption following a lane-change makes it a breeze to use even when traffic is flowing and you need to move around other vehicles. And if you ever switch it off manually or by hitting the brakes, you simply hit the resume button for cruise, and the whole system comes on again. 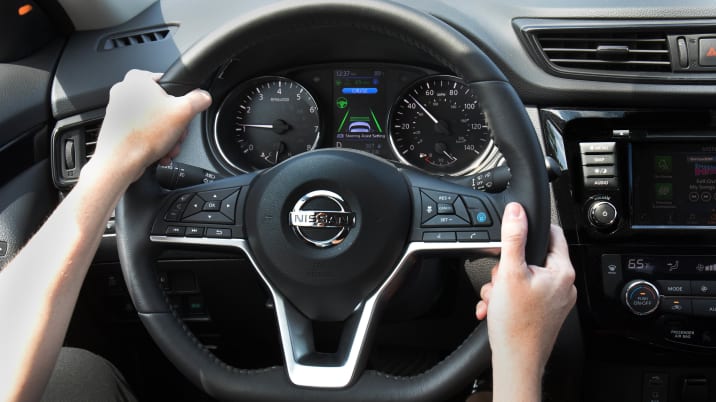 The steering can handle fairly aggressive interstate corners, too. The test loop was a section of I-696 in Michigan between the Nissan technology center in Farmington Hills and Woodward Avenue in Royal Oak, and almost every tight turn was navigated without additional input from the driver, and at speeds of right around 70 miles per hour. The ability for the car to slow to a stop worked very well, bringing the car to a halt smoothly and safely, and holding it at stops. It also accelerated up from a stop smoothly, and, unless traffic was moving more briskly than usual, generally kept up.

These abilities mean that ProPilot Assist should be a serious boon for people dealing with gridlocked traffic, or making long jaunts across the country on interstates. I personally would have appreciated this feature in college on my long drives between Indiana and Kansas. Thirteen hours of endlessly straight interstate can wear you out, and having this assist would've really helped with fatigue. And in traffic jams, just the thought of not having to gently feather the accelerator and jump between it and the brake should bring relief to ankles nationwide.

It does of course have limits, and these limits are why drivers still have to pay attention and intervene at times. While we were testing on the inside lane of one of the highway curves, the car started drifting outward, and went far enough that the lane departure warning triggered and I had to add some steering input. This is not a fully autonomous system. Nissan's representatives warned us that the adaptive cruise control can't overcome some speed differentials (i.e. going from highway speed to a stop in a short period of time). So if traffic comes to a slow or a stop very quickly, the driver may have to provide stopping power manually. Additionally, while the automated steering generally does a good job of keeping the car centered, there were a number of times that it drifted farther to either side than I would go driving in full manual.

Is it worth it?

This all depends on your driving situation and what's important to you in a car. If you're dealing with lots of slow-moving and stop-and-go traffic, or really long interstate commutes, Nissan's ProPilot semi-autonomous technology is definitely worth your consideration. It would be extremely useful for those conditions. If not, this feature likely won't make a big difference in your daily driving. As useful as it can be, it still shouldn't be the only thing that drives your car purchase. If you decide you don't like whatever Nissan the feature is fitted to, you shouldn't get that car, because this feature won't outweigh the parts you dislike. So it's a cool technology for those who find it useful, but not necessarily a deal-maker. 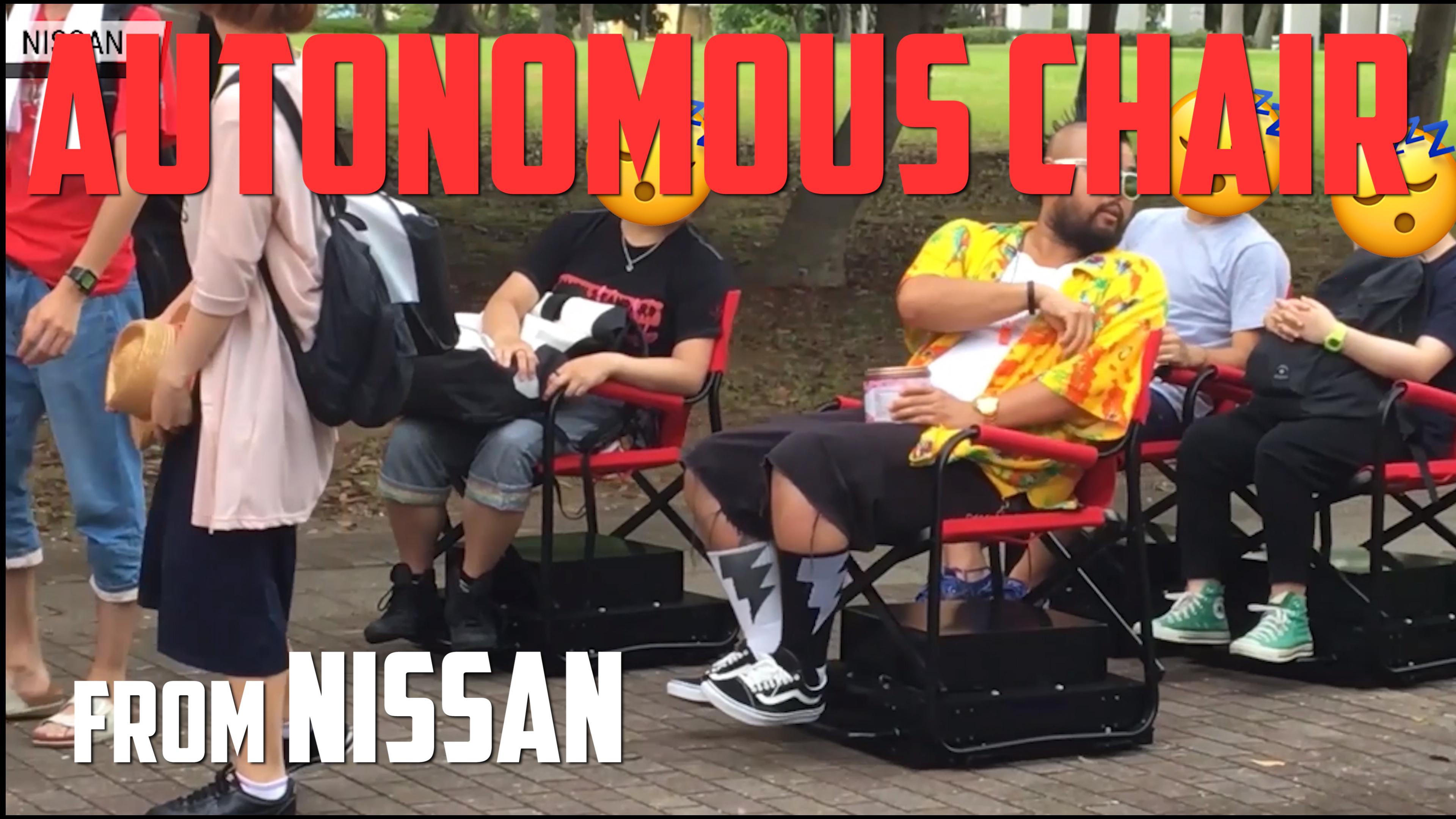