Greg Migliore
Pininfarina released two more teaser images Friday of an attractive sedan set to debut in March at the Geneva Motor Show. Called the H600, the car is being styled for the Hong Kong-based Hybrid Kinetic Group.

Not much is known about the H600, which Pininfarina is touting as a " luxury sedan concept with new energy propulsion." That could mean a lot of things, from hybrid, as the name of the project's backer suggests, or another form of green mobility. Pininfarina calls it "eco-friendly technology."

The images show a prominent grille, angled lights, and a creased hood. The interior shot depicts digital screens, wood grain pieces, and a large steering wheel with a flat bottom. Pininfarina released an image of the back of the car earlier this month. 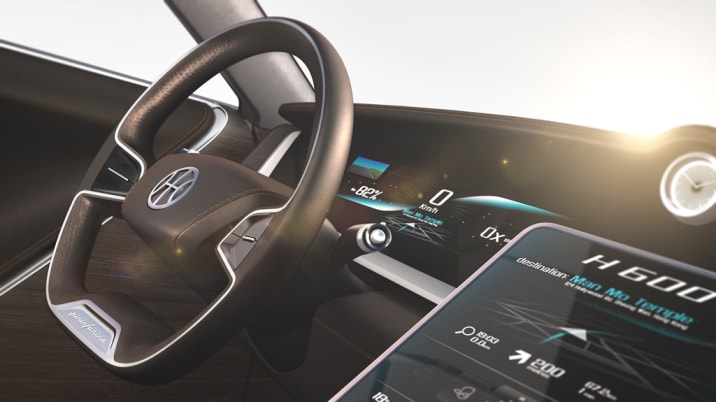 The H600 will share space on the Pininfarina stand with the Fittipaldi EF7 Vision Grand Turismo, a supercar created by Emerson Fittipaldi and engineered by German firm HWA, a spinoff of AMG.

The H600 and EF7 are evidence of Pininfarina's business diversification. Once reliant on Ferrari and other Italian brands for design work the company has grown beyond automotive styling into other industries like engineering consulting.