Joel Patel
Peppy, affordable sedans are coming in waves and Nissan wants to fortify the Sentra line with a Nismo model. The 2017 Sentra Nismo packs the same motor as the Sentra SR Turbo, which is a 1.6-liter turbocharged inline four-cylinder generating 188 horsepower and 177 pound-feet of torque. It comes with a six-speed manual transmission or a tuned Xtronic gearbox.

The Nismo's appearance and underpinnings differ from the SR. The exterior, for instance, gets a "layered double wing" design on the bottom of the front fascia, side skirts, a rear spoiler, and a revised rear end. Red accent stripes add contrast to the sedan, which can be finished in either Brilliant, Silver, Super Black, Aspen White, or Gun Metallic. Eighteen-inch aluminum-alloy wheels round out the sedan's sportier, more aggressive look. The sedan features a Nismo-tuned suspension that benefits from monotube rear dampers and updated struts and springs at the front. The ride has been lowered by 0.4 inches, while the 18-inch wheels are wrapped in Michelin Pilot Sport all-season tires or, as an option through Nissan dealerships, Bridgestone Potenza RE-71R summer tires. This Sentra can also be fitted with sticky, summer-only tires. The brakes are beefed up with 11.7-inch vented disc brakes at the front and 11.5-inch discs at the back, just like the SR Turbo.

In a similar fashion to the SR Turbo, Nissan fiddled with the Electric Power Steering system to reduce the amount of steering required at low speeds, while ensuring feedback is still there at higher speeds. The new Sentra Nismo, though, has been tuned for a "Nismo feel." When we drove the SR Turbo, we didn't like the sedan's numb and light steering.

The interior gets a bespoke leather-wrapped steering wheel with Alcantara, Nismo carpets, a red tachometer, and other Nismo touches. And you can have the interior in any color you'd like, as long as it's charcoal with red accents. There's one option, the Nismo Premium Package, which adds a Bose premium audio system with eight speakers, Nissan voice recognition, and NissanConnect with navigation and mobile apps. Pricing for the Sentra Nismo hasn't been confirmed, but the sedan is expected to start under $25,000, roughly $3,000 more than the SR Turbo, when it goes on sale early next year. 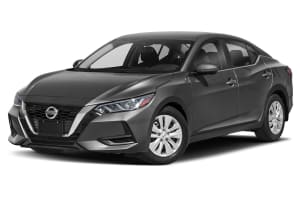 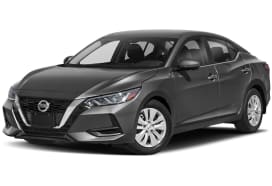