Let's get something straight off the bat: If you were hoping for a modern-day successor to the legendary Sentra SE-R, the new Sentra SR Turbo isn't the car you've been waiting for. Yeah, there's more power here, and Nissan tweaked the suspension, but the result is essentially a quicker SR, not the NISMO makeover we know is coming.

We'll start with the good – this engine is lovely. Plucking the 1.6-liter, turbocharged four-cylinder from the Juke crossover was an inspired move, blessing the SR Turbo with 188 horsepower and 177 pound-feet of torque, 58 hp and 49 lb-ft more than the standard SR's 1.8-liter naturally aspirated four-cylinder.

While those numbers are a big improvement, the Juke's 1.6-liter has always been more fun than its specs indicate; that's true in this Sentra, too. The free-revving engine makes all the right noises while producing healthy low- and mid-range torque – peak twist is available from 1,600 to 5,200 rpm. This is the first truly zippy Sentra since the old SR20DE-equipped SE-Rs of the 1990s. But again, it's not perfect.

Yes, once you get going the SR Turbo has performance-car speed, but the gas pedal doesn't respond like something with this kind of power. In default mode, the throttle response is too sluggish to really suit the engine's verve. The Eco setting is, predictably, even worse. Instead, we recommend Sport Mode, which can be switched on via button below and to the left of the steering wheel, next to the one for Eco. Selecting Sport immediately makes the throttle more responsive and enjoyable; Nissan ought to offer this tune as the SR Turbo's new default, but we suspect the tamer throttle map is needed to keep the EPA fuel economy ratings under control. The more sensitive pedal better suits the revvy nature of the 1.6-liter engine and makes managing the six-speed manual transmission easier. 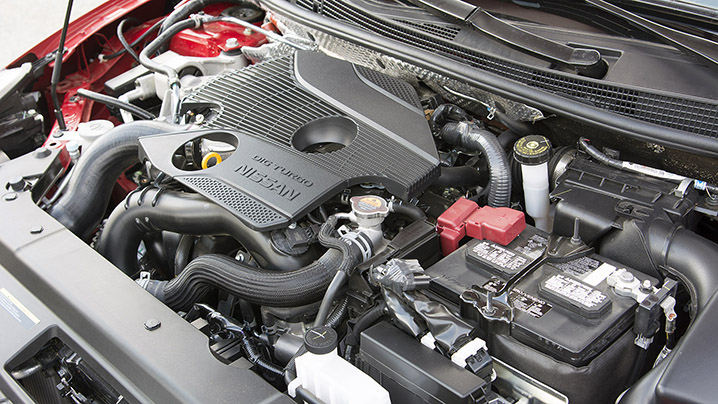 The standard manual is one SR Turbo item that isn't in line with typical performance compacts. The clutch pedal's spring action isn't stiff enough, and combined with the sluggish throttle, it makes getting going in first gear tricky. In addition, the shifter's overlong throws and rubbery, vague gates just aren't precise and, consequently, aren't much fun.

The transmission is a frustrating counter to an engine that's so willing. There is an alternative – Nissan is selling its turbocharged car with an XTronic CVT, but our brief drive didn't afford us time with the two-pedal Sentra. While we imagine the CVT provides a smoother experience, the manual is at least engaging.

Along with swapping in the new engine, Nissan stiffened the front springs by ten percent, and the dampers are stiffer by 23 percent in front and 50 percent in back. It's an improvement on paper, but from behind the wheel, the suspension changes seem to accommodate the engine's added weight without improving handling ability.

The tall, narrow Sentra body still rolls considerably in cornering. Add in with the numb, light steering, and the Sentra is never sharp enough to entertain in the bends. This lack of agility and handling immediacy hurts the overall SR Turbo package most – if Nissan had simply opted for a more sporting handling character, with maybe a lower ride height and larger anti-roll bars, this would be a fun, affordable performance package rather than just a faster Sentra. 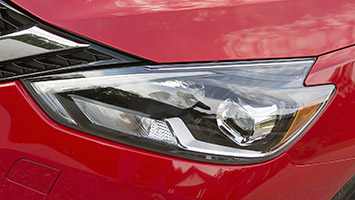 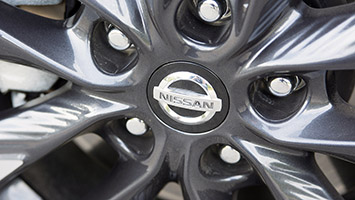 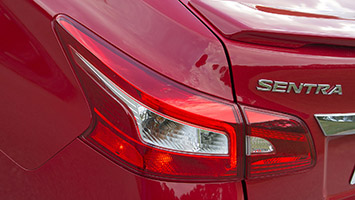 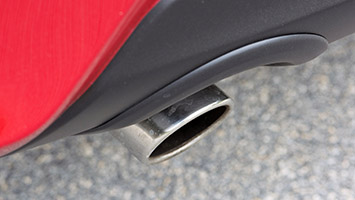 On the flipside, that lack of suspension fettling means the Sentra remains comfortable. Even with the uprated dampers, the ride is smooth compared to other compact sedans. Even the wheel-and-tire combo – 17-inchers with 50-series rubber – shows an emphasis on comfort over outright performance. The SR Turbo manages both potholes and broader sections of uneven pavement without drama, and it's quiet to boot, muting impact noises better than competitors with bigger wheels and less sidewall.

While the unassuming wheels pay dividends in ride comfort, they do little for the Sentra SR Turbo's aesthetic. The fascia, side sills, tail, and, yes, the wheels, are identical to those on the non-turbo Sentra SR. If that car didn't exist, this exterior look wouldn't trip us up, but making a big powertrain change without similar upgrades to the exterior – even something as simple as a unique set of wheels for the SR Turbo – feels like a missed opportunity. Instead, the addition of a "Turbo" badge on the rear deck is the only change.

Nissan took a similarly limited approach in this Sentra's cabin, carrying everything over from the standard SR. There's nothing inherently wrong here – it's a solidly mid-segment interior in terms of quality, layout and design – performance car or not – but as with the exterior, there are no unique touches to set it off. The SR Turbo uses the same steering wheel, seats, and shifter as the standard model. 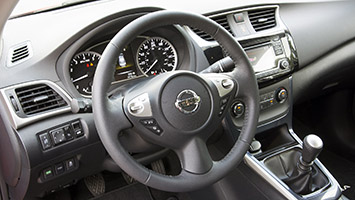 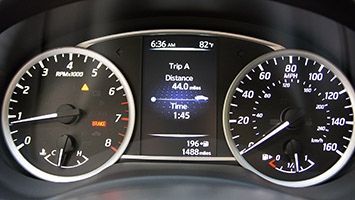 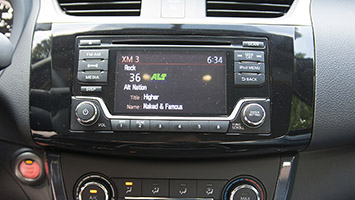 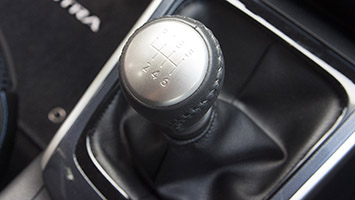 Regardless of transmission, the Sentra SR Turbo starts at $22,825, or $2,000 more than the naturally aspirated Sentra SR. Nissan hasn't confirmed the price for the sole option group, the SR Turbo Premium Package, but as it mirrors the content of the normal SR Premium Package – power moonroof, six-way power leather seats, NissanConnect with navigation, an eight-speaker Bose stereo, blind-spot monitoring, and rear cross-traffic alert – we expect the $2,590 price to carry over. That would bring the sticker of a loaded car like the one we tested to $25,415.

That's more affordable than a loaded, manual-transmission Kia Forte5 SX with the Premium Pack, a car with similar performance and a price of $26,335. The bigger concern is that both cars edge dangerously close to proper hot-hatchback pricing. The Ford Focus ST starts at $25,300, while the Volkswagen GTI is available for $26,415, and the Subaru WRX is $27,515. It's worth noting that none of those prices include all the equipment available on the Sentra SR Turbo – in some cases, you're paying extra for things like heated leather seats, navigation, and an upgraded stereo.

In both price and performance, the Turbo is stuck somewhere between standard econocar and performance compact, in part because it has to leave room for another car at the top of the lineup. While Nissan hasn't confirmed that the Sentra NISMO will be a thing, we have evidence in the form of spy shots and the smirking "no comment" responses we got when asking about what comes after the SR Turbo. The Sentra SR Turbo is an improvement over the SR for sure, essentially a nicely equipped economy car with more power. So while it's not a NISMO, it shows that the Sentra lineup is moving in the right direction to satisfy SE-R fanatics. All it needs now is the suspension, tires, and looks to go with it.