Joel Stocksdale
Yes, North America will finally get the hyper hot Civic Type R. But that doesn't mean Honda has dismissed the Si from duty. On the contrary, the Civic Si is back, and the Prototype coupe that's debuting at the Los Angeles Auto Show looks better than ever. Honda's senior VP and general manager Jeff Conrad says, "This will be, hands down, the fastest, best-handling Si we've ever offered to our customers."

To do this, Honda has equipped the Si with a turbocharged 1.5-liter four-cylinder. The company didn't reveal output, but considering Conrad's statement, it's probably be safe to say it will make somewhere between 205 horsepower (the output of the previous Si) and 306 horsepower (the output of the previous Type R). That engine will send power through a six-speed manual transmission and a limited-slip differential. Also part of the Si package will be active steering and dampers, plus a high-performance tire option. Honda made sure to upgrade the Civic Si's looks to match the performance, but not to the extremes of the Type R. The body appears to have the same overall width of the standard coupe, and it gets the front bumper and black grille from the hatchback along with a revised rear bumper. The front bumper gets a splitter, and the tail gets a wing. One of the most distinctive styling elements is the center-exit exhaust, which features a single hexagonal tip. Of course, both ends of the car get red Si badges, and the whole thing rides on 19-inch wheels. Surprisingly absent, though, are Honda's traditional "i-VTEC" stickers along the sides, which have appeared on Civic Sis since at least the 1999 model. 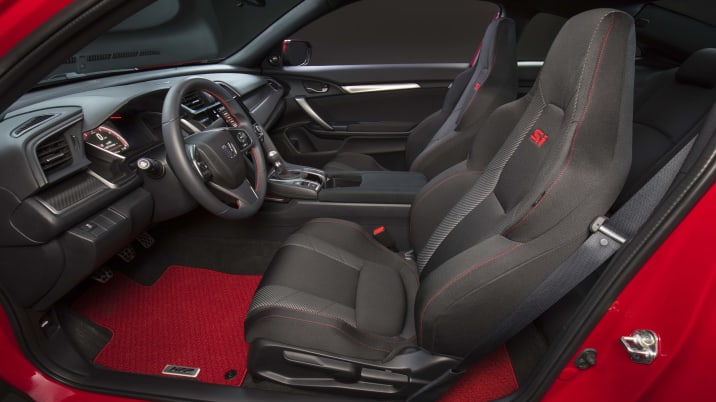 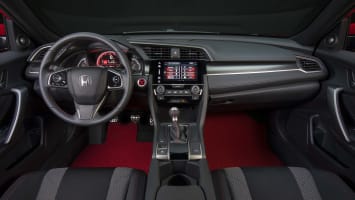 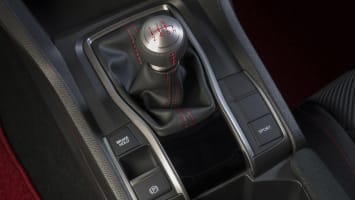 The interior also gets a sporty treatment, and that apparently involves a healthy application of the color red. The floor mats, contrast stitching, instrument panel, and infotainment system are all finished in the hue. The seats are Si-exclusive, and feature the Si logo stitched into the seatbacks. Drivers will shift with an aluminum ball-shaped knob, and dance on aluminum pedals. There's a "sport" button next to the shifter, which we can guess probably sharpens up the shocks and steering. Honda says this prototype interior "closely previews" the final production version.

Though Honda only showed a coupe version of the Si, the company will offer a sedan version for people who need the added practicality. There's so far been no mention of a hatchback version. Honda only provided a rough release window of next year and hasn't give any pricing. But one thing is for sure, with both the Type R and the Si coming out next year, the wait for a truly hot Civic is nearly over.