Mazda will decide who gets the MX-5 RF Launch Edition, like it's Ferrari or something

When Mazda introduced the 2017 MX-5 Miata RF at the 2016 New York International Auto Show, the vehicle came as a surprise. Everyone was expecting a new Miata variant, but no one thought it would be a retractable fastback, especially one that looks this good. Mazda listened to all of the positive feedback and decided to offer the same vehicle from the auto show as a limited-edition model. But you can't just go down to the dealer and place an order, at least for now.

It's called the MX-5 Miata RF Launch Edition, only 1,000 of them will be made, and they'll go only to Mazda's "valued customers." Instead of opening up orders to anyone, Mazda took a page out of Ferrari's book and is extending invitations to customers through email. The chosen few will have a specific amount of time to preorder the limited-edition model before the automaker gives everyone the opportunity to buy one, assuming there are any left. You might remember that Mazda did a similar thing with the first ND Miata roadsters – the 2016 MX-5 Launch Edition went to the first 1,000 customers that placed orders on www.longlivetheroadster.com.

The Launch Edition is painted Machine Gray with a black roof panel and has Auburn Nappa leather on the inside – the same combination as the debut car. Future MX-5 RF models will be available with the same paint and leather, but will miss out on the black roof and special badges. Launch Edition buyers will also get a numbered Tourneau watch with the vehicle, and will only have just one choice to make – manual or automatic transmission. (We know which we'd choose.)

Pricing for the RF Launch Edition has not been released, but we expect the regular RF to come in a little higher than the roadster's $25,750 base price. The MX-5 RF will go on sale early next year. 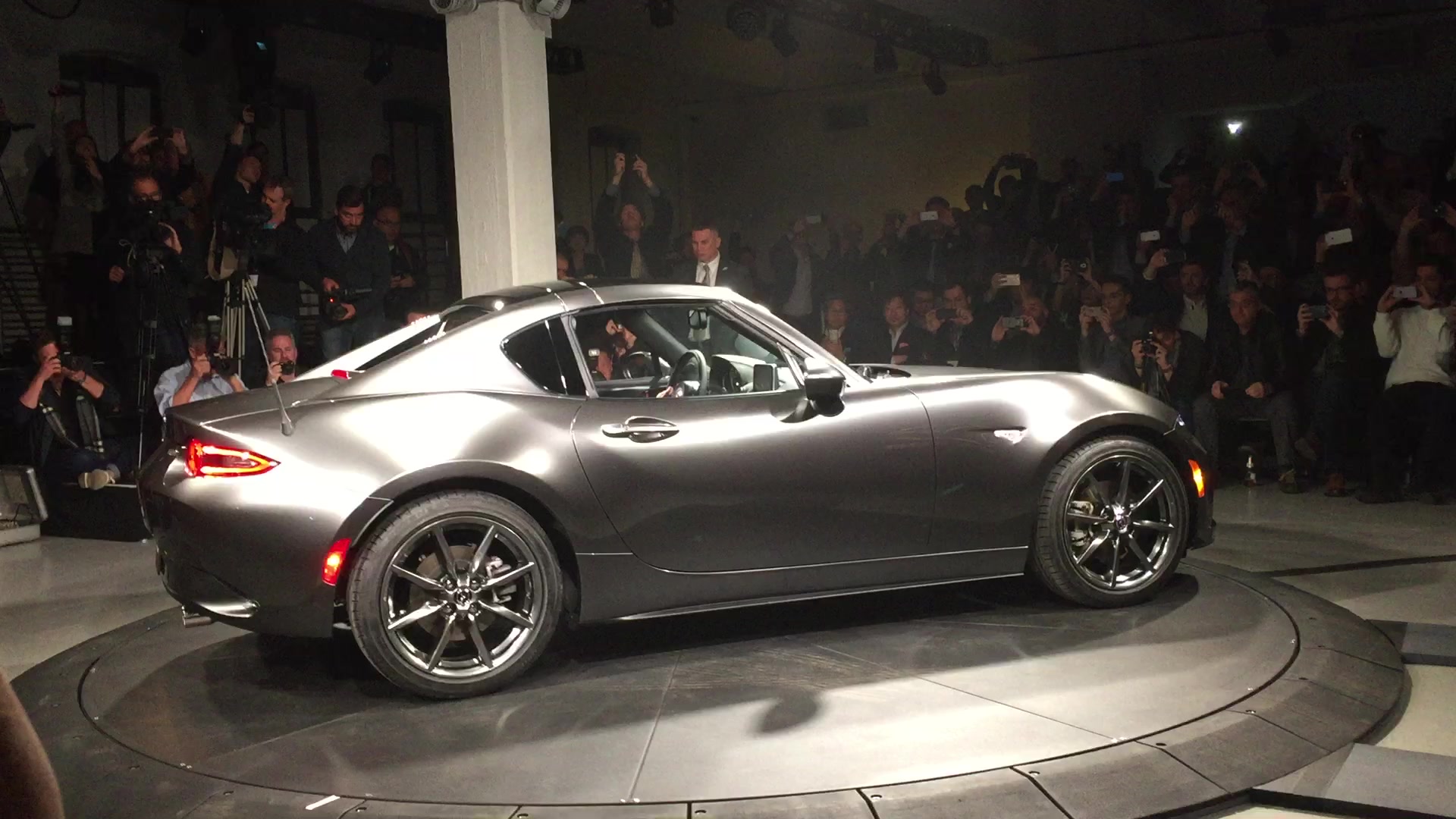