Only in Japan: Dodge van one-make racing series is a thing

Chris Bruce
Japan seems willing to embrace a level of automotive insanity that many other places lack. Whether it's 1,200-horsepower Nissan GT-Rs blasting through tight, tree-lined mountain roads or advertisements with dances for the Toyota Prius Plug-in, the country definitely has a unique way of expressing a love for autos. The D-Van Grand Prix might be one of our favorite examples yet of crazy Japanese car culture, because the annual, one-make race at the Ebisu Circuit is exclusively for heavily customized Dodge vans.

Like many great things, this wonderfully crazy idea came from a little rule breaking. D-Van Grand Prix organizer Takuro Abe was at a track event for a motorcycle racing school, and vans were used to haul the bikes around. During lunch someone came up with the idea for a race. Ignoring that the big machines weren't actually allowed on the circuit, the drivers headed out. The popularity has just grown since then.

These days, the racing vans absolutely aren't the stock machines from the event's inspiration. In addition to stripped interiors and track rubber that you might expect, the list of mods for them is a mile long. For every possible advantage, the racers fit them with things like Brembo brakes, cross-drilled rotors, heavy-duty transmissions, and much more.

Seeing vans lumbering around the track is very weird at first, but the racers take the competition very seriously. These folks even employ all sorts of little tricks to coax the most from the machines. This is a fascinating motorsports story, but be sure to turn on the subtitles to understand the interviews with the competitors. 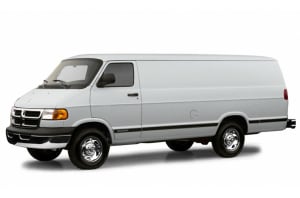