It used to be that if you wanted a luxury SUV, your first and last choice was a Range Rover. But in the past couple of decades, every upscale automaker (including its own sister company Jaguar) is getting into the high-riding game. Even Bentley and Rolls-Royce are preparing to launch crossovers of their own that are sure to carry six-figure price tags to dwarf even Land Rover's flagship model. But does that mean JLR will be building a new luxury sport-ute to take on its higher-priced British counterparts? Not according to the latest from Car and Driver, no.

Speaking with JLR North American CEO Joe Eberhardt at the New York Auto Show, C/D reports that the Range Rover will continue to serve as the company's flagship model, and won't be superseded by a separate, more upscale or larger model. Land Rover rolled out the new Range Rover SVAutobiography at the show, packing a $200k price tag and all the luxuries you could ask for into its long wheelbase and First Class cabin, and is likely to follow up with even more expensive and luxurious versions, but they'll all be based on the existing Range Rover (and its eventual successor) – not on an entirely new model.

So is Eberhardt concerned about the impending threat of the Bentayga and Project Cullinan? Not really. Though the Bentley and Rolls-Royce crossovers will surely steal some customers from the upper end of Land Rover's customer base, the Range Rover is flexible enough to straddle the upper ends of the marketplace for luxury SUVs. 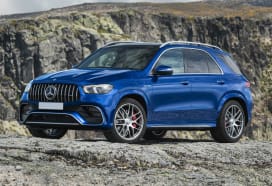