Chris Bruce
There's something fantastically insane about racers who go out on their own and build something unique. Just take this crazy video from last year of a twin-engine Dodge SRT4 at a drag strip that can burn the rubber at either end – or both ends – at a moment's notice.

With tires sticking out way past the fenders, a massive cooling system at the front and no back window to speak of, this Dodge is clearly meant solely for speed. Though it's real party trick is being able to spin the front or rear wheels independently. The setup makes for three quite showy burnouts.

When it came time to actually get down the track, things got somewhat awkward. Like other twin-engine creations we've seen, the separate powertrains make for some odd sounds and a weird look launching down the strip. Still, there's no doubt that the engineering behind this Frankenstein is very impressive. Scroll down to see this monster in action and another of it in a very mismatched race last year. 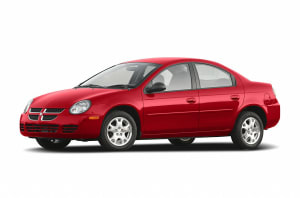