It was delivered new in Colorado and fully restored in 2006

Barrett-Jackson is giving Chevrolet enthusiasts the opportunity to own the first Fisher-bodied, Los Angeles-built Camaro. Made in 1966, it was treated to a complete restoration and it looks as good as it did when it was new.

Although the Camaro went on sale as a 1967 model, Chevrolet secretly began manufacturing pre-production examples in May 1966 in its Norwood, Ohio, factory. These cars were assembled largely by hand to ensure all of the parts fit together correctly, and the firm never intended to sell them to the general public. Most were destroyed. When series production started later that year, General Motors-owned coachbuilder Fisher Body manufactured bodies for Chevrolet. Barrett-Jackson claims the car it's offering for sale is the first Fisher-bodied production Camaro, and enthusiast website GM Authority added it's the first one built in Van Nuys, California, a facility located on the outskirts of Los Angeles. It was closed in 1992 and demolished six years later.

Wearing VIN 00016, this 1967 Camaro was sold new in 1966 by the Kester Motor Company in Las Animas, Colorado. It was ordered with a 275-horsepower 327 V8, an option that cost $93 (about $710 in 2020) and a two-speed automatic transmission which was priced at $195 (around $1,500 in 2020). It was also equipped with a push-button AM radio, a speaker for the rear-seat passengers, deluxe seat belts, and a center console. Ermine White paint, red vinyl upholstery, and steel wheels covered by full hubcaps appeared on the build sheet, too.

There's no word on how it spent its life, or how many people owned it, but it received a thorough restoration in 2006 and it's been stored in a climate-controlled garage since. Camaro expert Jerry MacNeish examined the car in 2016 and concluded the paint, the engine bay, and the undercarriage are in very good condition, while the interior is in excellent shape. He also certified it as the first Fisher-bodied, Los Angeles-built Camaro.

Barrett-Jackson will sell this 1967 Camaro online in July 2020, and it noted the car must be picked up from Midland, Texas. The seller set a reserve, though it hasn't been made public, and no pre-auction estimate has been published. Insurance company Hagerty values a 1967 Camaro with the 275-horsepower V8 at nearly $30,000 in excellent condition, but this historically significant example will likely sell for much more.

Most examples of the first-generation Camaro were built in Norwood or in Van Nuys, but Chevrolet manufactured a small handful of cars in Bienne, Switzerland, for the European market. It also made the Chevy II, the Corvair, and the Chevelle in the plant during the 1960s. Production numbers are lost to history, but sales were low at best and very few Swiss-built Chevrolet models survive in 2020. General Motors stopped manufacturing Chevrolet vehicles in Bienne in 1968 to focus on Opel and Vauxhall cars that were better suited to European roads, so the Camaro was only made on the other side of the pond for approximately a year, and it closed the facility in 1975. 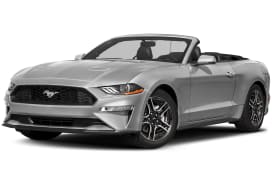 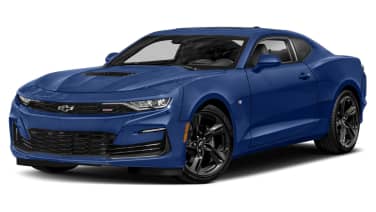 $252 - $701 Nat'l avg. savings off MSRP
See Local Pricing
I'm not in the market for a vehicle at this time. Please move this suggestion to the side for 30 days.
Huge Savings